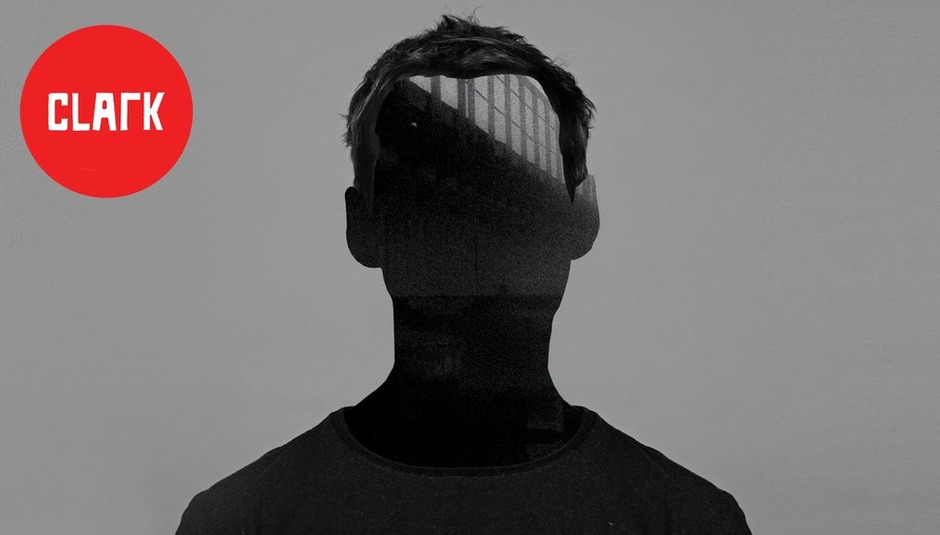 Following Ben Bland's 9/10 "an essential opus from a truly essential artist" review of Clark by Clark, we asked Clark to give us a track by track guide to Clark.

I love the idea that the album is this silent ship, in the distance, you can’t quite make out what the shape is. Then music punctures the frame of the ship, like pummelling water, filling it with overpowering weight. Winter Linn would have no way worked as an opener because it’s upfront intro would have lacked context, it would have be like a house without a front garden, this track sorta of sets up the foundations and the architecture for the whole she-bang.

Slow, grinding libidinous energy, the idea was to make the midsection a soaring, melodic lament that mutates into that slow grind energy again at the end but x100, like a zoom in, magnified, all vital and upfront. I extend this in the live show quite abit, but the album version needed to be immersive yet concise. Bibio described the distortion as “edible”. Not sure what he meant but I’m into it.

The intro of this track took ages, the melody that works around the main riff had me hypnotised for a good few weeks, There were countless versions of this, then it all came together in the last few days of recording. I didn’t want to make it too formulaic, I don’t like spoon feeding my audience, I want there to be subte unpredictable shifts in mood, so the ending kind of springs out of nowhere, The drop at the end would be OTT if it were drawn out too long, but as it is, it couldn’t ever be anything else. It almost buckles under the weight of the sub but contrasts perfectly with…

All about the light, muted harmony and field recording of thunder and snow that gradually seeps through the surface of the riff. It’s actually got a sort of midi-programmed free jazz drum solo on it also, but you can hardly hear it. It changes all the time, this track, it’s in constant flux. It’s like weather. I wanted to let the weather in with this album, it’s outward looking, it’s drenched in sounds of the outside world, sounds free from human intervention, trees, branches crackling in the wind, storms brewing, the stillness of settling snow, it’s all in there, it ultimately has to surrender the sequences of my musical decisions. I want that weather to sound contained, distilled into an artefact made by a human set of hands.

The title makes me think of surveillance drones gone wrong, I have no idea why, but this track is future bound, it the opposite of “just plug my 909 and 303 in” traditional techno.It starts off so diffuse and widescreen. It’s like a protracted club experience but distilled into a cinematic, immersive whole. The Chewbacca sound at the end is a chair being pulled across a huge stone floor in a cotton factory in Leipzig where I did a score for a dance piece with my partner in. It was a residency in this place: http://www.spinnerei.de/pilotenkueche-115.html

A straight up mpc/synth funk jam. For about one second I thought the arpeggio sounded like a banjo. Then I changed my mind. It sounds nothing like a banjo hence why I thought it would be a good track title. Sometimes I like music to convey as much controlled aggression and adrenaline with as few notes as possible. This is like, 3 notes. The next one will be 2. It’s actually pretty hard to convey that energy with a small amount of material, I’ve abandoned lots of tunes that just don’t nail this minimal approach, but this one does, hence why it’s one of my favourites on the album.

The album totally needed this downcast, melancholy slow burner after the pummeling club-funk of banjo. All of the drums are recordings of my boots scraping along snow, and things like wood being knocked/scratched/dropped/kicked. There is this wonderful shot of a fence in the film Fargo, that stretches for miles and miles into the bleak landscape of a snow filled tundra. The ending, with the laser beam sounds that peak into the glockenspiel sequence, make me think, more or less exactly, of this image.

THE GRIT IN THE PEARL

Euphoria after the tundra. The beginning is all earthy, it works itself up from the ground, on headphones it’s great, so much width and detail. When I made the ending, it felt like the music was pouring down onto me from above. I looked up, God was pissing light through the roof of the sky, it was luscious.

A melody that just gets bigger and bigger. People might say will say “oh but the notes don’t change”. I did actually attempt a version with key changes but it was laughably wrong sounding. You can’t strengthen a melody like that with contrasting elements and key changes. It it what it is. It’s distinctive enough on it’s own to allow anything else in it’s path. I wanted it to be an ultra-adrenalised, memorable passage of rave melody that gets huge, and then combusts into a soft, mellotron drone out. It’s great fun to perform it live, with the help of drum machines.

The film would for this would be some alien technology hovering over abandoned marshland, capturing everything in 3d. It’s such a slow motion track. I would love to see a film maker contrast this with ultra-fast footage of some huge, sprawling natural landscape.

I wanted to make this sound like it was speeding up/slowing down at the same time. I’ve never achieved anything like this in a piece of music before. The mid section with the tempo change is pretty techy/unusual for me. I’m normally into linear tempo, but this was just too fun to resist. Silvered Iris is the silvered iris of a female in a William Gibson novel set in 2054 that doesn’t exist yet.

THERE’S A DISTANCE IN YOU

This track went from a thin scratchy demo to the huge penultimate finale of the album. It took ages, about three months to complete. It’s also got some of the sadness of Snowbird, but there’s also peak-rave euphoria pulsing at it’s core. I want to do a version of the ending with a cellist. Nothing too grandiose, just one cello, and accompanied by with drones and synths.

Possibly my favourite of all the beatless tunes I’ve written over the last three years, find it so endlessly satisfying and unsatisfying, I came back to it again and again. I wrote it in about 20 mins very early in the morning. I did a few different versions after this, tried to work it abit but everything felt like gilding the lily, pure form can sometimes just burn itself into existence like this, it’s a tremendous feeling when it does, and it would be contrived to tinker with it too much. It straddles this fine line of being ultimate bliss and sadness at the same time. There are recurring themes on most of my albums, they often end on a distinct, similar tip. I can’t help it, I just find this emotional terrain compelling and keep on coming back to it again and again.

Clark is out now on Warp.

Young Fathers: "When an artist knows ...