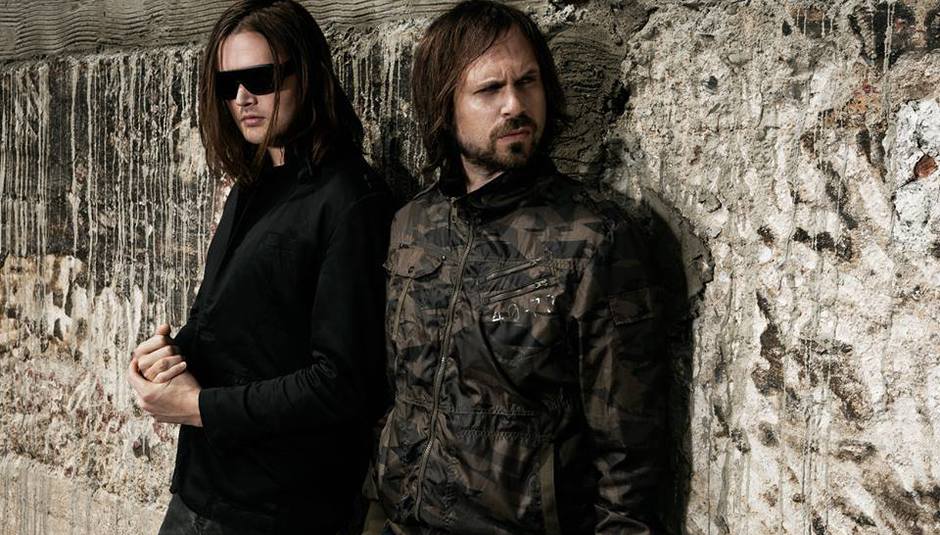 Black Onassis is the new project of former Kasabian member Chris Karloff. As a founding member, lead guitarist and one of the chief songwriters for Kasabian, Karloff left the band back in 2006. But now he’s joined forces with NYC musician Nick Forde (as well as a host of special guest vocalists, including Liela Moss of The Duke Spirit, Morgan Kibby of M83/White Sea, Ben Gautrey of The Cooper Temple Clause) to enjoy some new-found creative freedom, the result of which you can hear on the new album Desensitized.

Here, Chris talks us through some of the gear and gadgets used in the recording of the album...

It's probably a bit crude by today's standards, as it still records to cassette tape (an antiquity!), but it's a reliable work horse that never lets you down. I bought this when I first moved to America because at the time I was fed up with cold, boring, modern technology (my sentiments have changed somewhat now). At first, my intention was to experiment with tape loops - cutting and pasting in a more manual fashion. But it turned out this machine had way more to offer. I started using SM57's to record drums with it and realised the channel gains were extremely loud, dirty and warm- a nice surprise. The drums we did for "XXL" were the biggest success- that went through the machine using only two room mics and it really brought the whole drum track to life. It even picked up the ambient undertones of street noise or construction outside and produced really textured results. We had the most fun using it to record "Trip B". All the layers of high, low, and undertone guitar weren't sitting right so we literally flipped the tape and the backward track of guitars took on a weird and wonderful form.

Recording music on the computer is amazing. The technology is insane and the possibilities are almost endless, but sometimes it's good to get back to basics. It's good to memorize the time point mark of tracks and actually manually use the faders with all your fingers instead of the mouse or keyboard combos. It makes it more personal and sharpens the instincts. I got this unit around 7 years ago and haven't stopped using it since. It was actually the interesting light display that drew me to it to be honest. Once I got it hooked up though I started putting everything through it, even my stylophone. Reverb has always been important to my recording process, not only for smoothing sounds out but to fuck them up too. It can take a sound, or even a whole track, to a completely different place. When we were recording "Brain" it really added extra strange harmonic tones and layers to the harsh and ambient synth sounds that drop in and out. The lower reverb setting was massively effective on electronic drum mixes that needed more of an organic feel without being washed out. Its real beauty lies in its simplicity. The only nob you tweak is the reverb level, which is good for manually modulating the reverb and allowing a more human feel. Last on the list but the first thing I usually pull out to bring some atmosphere to recordings. The Super Hard On pushes everything you put it through it that much further, and adds loads of character to the overall sound. When experimenting with synth parts for the album this was the pedal I always used to add some grit and dirtiness. The Super Hard On has an unpredictability that makes it so much fun to mess around with, especially with the low end sounds. There's a crackle nob to get more noise going, which I use a lot with guitars. Unlike some other pedals it doesn't give you that soulless, guitar practice room, over-processed sound like a lot of booster/fuzz pedals do. When writing the track "Humans:Animals" I used it a lot for the soft synths and drum machines to make them sound real. Music shouldn't always be beautiful and perfect sounding all the time. Sometimes, it should have an ugly side that accentuates imperfection too. Desensitized is released this week via Minus Man Records.