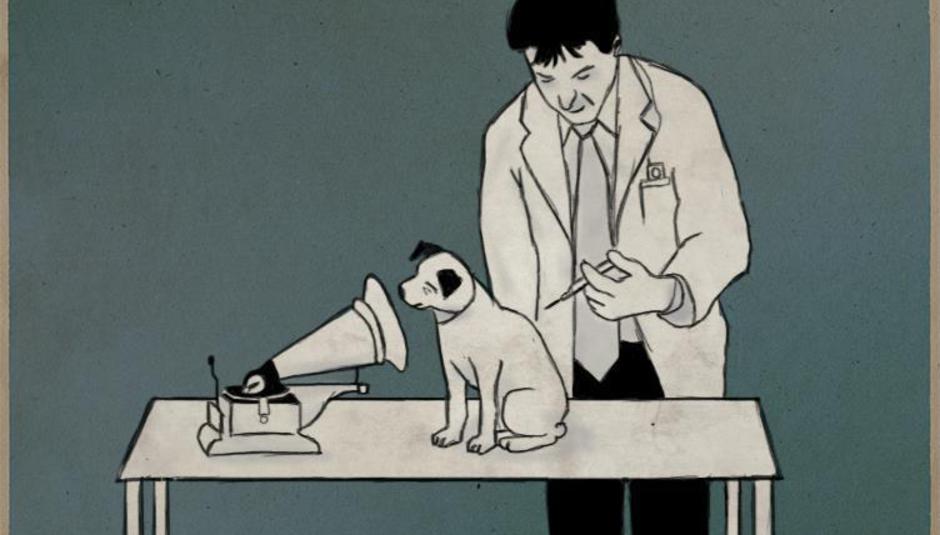 Vulture-fancying TV naturalist and noted Smiths fan Chris Packham has a theory about Giant Pandas. He thinks that we should let them go. That they’re an evolutionary cul-de-sac that cannot survive now without the millions of dollars poured into their cause by environmentalists that could be better spent elsewhere. The world has moved on, says Packers, and the Panda has been left behind. Perhaps it's time to allow dignified natural selection to take its course?

Last night, the news broke that venerable British music chain HMV has called in the administrators and while not definitely facing extinction, will certainly have to make such mammoth changes that it may well not survive. The store is very much the last man standing of the big high-street record monsters of old, with Tower Records, Our Price, and Virgin Megastore having closed their metal shutters years ago. The news has been met with sadness and dismay, and Twitter is awash with tributes and memories, mostly from people who haven’t actually shopped there in years.

Like most British music obsessives of a certain age, I’ve got a soft spot for HMV. The one in Leicester was the center piece of our Saturday town centre pilgrimage as spotty 14 year olds (who hadn’t yet realised that independent stores were a bit cooler) it was practically holy. I’m surprised we ever actually went in, rather than just walking slowly around it, chanting Nirvana lyrics. To wander inside, to be surrounded by rack upon rack of CDs, heaving with potential, was like being INSIDE the music world. This was back before the internet gave us access to everything, when we could gaze in wonder at the Japanese imports and discount singles. Back then, you could mistakenly buy an interview disc because you thought it was a Manics album you’d never heard of, and every visit would mean returning to your favourite band's section to see if there was anything new/old in. When my own band released an album that was actually available in the Oxford Street's HMV, I can think of few times I've been as excited.

A couple of years back I found myself jobless and took a part time gig in the Bromley branch of HMV to cover the Christmas period. It was mental; hugely busy every day, but everyone there was lovely and I genuinely enjoyed myself, particularly as working in a record shop had been one of those things I always felt you had to do at some point. The problem is, I wasn’t working in a record shop. Not really. This wasn’t High Fidelity; it wasn’t even Empire Records. The expansion of online sales and illegal downloads had made the CD racks quite low on the priority list. Bromley had an entire floor dedicated to DVDs, while actual music covered less than a third of the ground level. The singles section went years ago. When I was there the only singles available were Matt Cardle’s ‘When We Collide’ and the X-Factor charity version of ‘Hero’. The specialist interest racks soon followed. There was the big, flashy 'new-release' wall flogging Rhianna and Kings of Leon stocking fillers, but the catalogue section covered less space than the T-shirts did, and substantially less than the computer games. On one occasion I was able to tell a punter about the new Gil Scott Heron album (which he hadn’t heard of) and put a copy in his hand - it was the only time I really felt like I worked in a record shop.

You can’t blame HMV for that though. The market changed around them and they were forced to adapt or die. People just stopped looking to the high street for their music buying. It was easier to download or cheaper to buy from Amazon, so HMV turned away from music as their focus, boosting their other media and technology portfolios. The problem was that the video and games market pretty much followed suit and the old dog with the gramophone found itself at a loss. Of course, resisting digital sales for so long before setting up their own was a mistake, but it’s one most of the music industry made until Apple taught them a fairly brutal lesson.

Maybe it’s time to put that little dog down? Outside of its Oxford Street and Manchester stores, the brand has long ceased to be an essential purchase point for music. You could even argue that they had it coming - the brutal commercial techniques of the megastores is one of the main reasons so few independent record shops now survive. Perhaps the removal of the last great animal of the high street will allow the Sister Rays, Rough Trades, Music and Record Exchanges, Selectadiscs and Spillers to fill the gap? Surely specialising where HMV generalised, and having charm where they had scale is the best way to ensure the physical music industry can survive? After all, to most punters HMV is just a faceless a supermarket as Tesco or Amazon.

Should HMV go - and remember it’s not done yet - 4,000 people could lose their jobs as stores across the country close, including the Fopp chain (which they took control of in 2007). I’ve always found HMV staff to be helpful, knowledgeable and excited to be there - more so than the brand they represented maybe deserved. But looking at the bigger picture, maybe we have to admit that after 92 years in business it’s time to let His Masters Voice go silent.