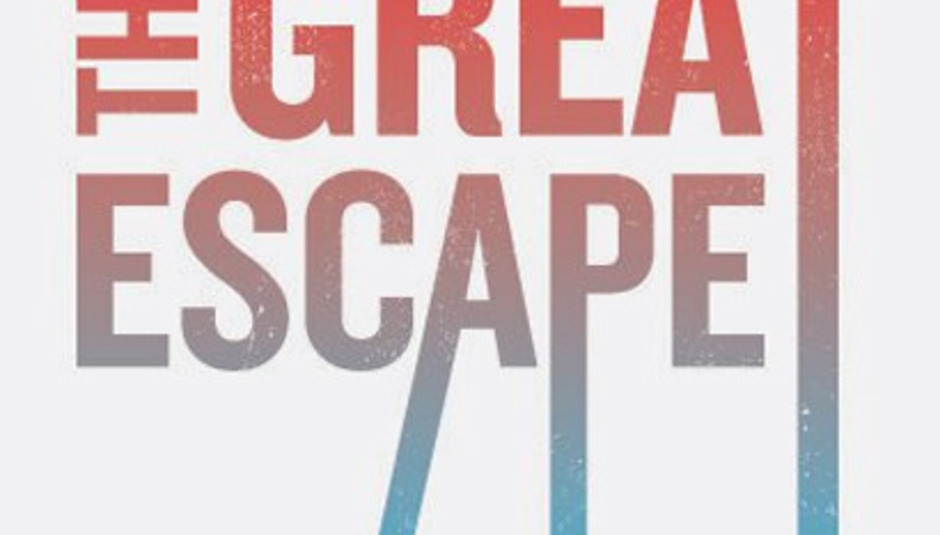 Record shops
The end of the indie-vinyl-collectors-heaven-in-a-loft-space-shop Edge World is now official and in its place a new disc servery has sprung. Endless Records boasts racks of underground dance and guitar music sorted by the experienced, knowledgeable and friendly duo that used to help out with Edge World. See - even records shops can be reincarnated.

Festivals
Come what May, whatever happens, the whole of Brighton is one monster mass of an arts festival. Specifically in the music department there is the 3 day new music excitement of The Great Escape. This year it shows no signs of letting up with line up curations from a range of different music industry movers, including your most loved DiS. This year you can expect headline slots from Lianne La Havas, Maximo Park, Africa Soundsystem, Booka Shade, Mystery Jets, Forest Swords and making lo-fidelic waves beyond the Sussex coast line, Gross Magic. Interested? I heard there are a few early bird tickets left ...

Venues
The Green Door Store continues packing ‘em in and there is no sign of a hold up here with future shows booked for the musically expressionist Anti-Ghost Moon collective (23 March), the melodic croonings of The Wave Pictures (5 April), The Monochrome Set (12 April) with the real sound of back in the day post punk, Sleep Party People (21 April) with their playroom post rock, the uplifting hypnotic jauntiness of Here We Go Magic (4 May), synthetic explorations from Bear in Heaven (17 May) and via New York, Mute records Liars (1 June).

Sticky Mike’s Frog bar on the other hand spreads its wings to unveil seven shades of sonics. There’s the psychedelic local line up of Speak Galactic and The Physics House Band on 11 April, The Frank & Walters with their true indie pop goodness, Cork style on 14 April, the fabulous folk freak out of AU on 26 April and the layered multisonics output by Walls on 23 May.

The Haunt flung its doors open just over a year ago and has now placed itself firmly at the centre of Brighton’s live music cosmos. Its show listings continue to be attention grabbing with some key contemporary bands stopping by. The coming months see Texas indie rocksters Shearwater (30 March), dreamy country atmospherics from Sea of Bees (18 April), The Legendary Shackshakers (24 April) with their US punkabilly sound, The Sunshine Underground (26 April) with their guitar enhanced by dance sound, Moshi Moshi’s Slow Club (May 2) and Sub Pop’s Beach House (23 May) all passing through.

Bands
Brighton based drum-synth warrior duo Soccer96 release their eponymous debut on Demons Are Real on 30 April. It promises to be filled with 7 tracks inspired by talking about consciousness and the aesthetics of the buzz of completing a level in a video game. This is preceded by a shindig at the GDS on 24 March.

Somewhere in Brighton the same living room keeps on showing up on the internet. And then there is that pesky yoghurt shop too. Might it be something to do with Galapagos Presents? On their video blog site you will find fresh cuts of live sessions taken from bands that have been passing through Brighton. These include Love Among The Mannequins, Frightened Rabbit and Jeffery Lewis. Behold.

Another local act Amongst the Pigeons releases his 2nd album entitled Get Amongst It in April. To go along with this he boasts having played some of the more high profile UK music festivals including Glastonbury, The Secret Garden Party and TEG. In the meantime we are left with single ‘The Inherent Racism of Doves’ that sounds sits in the same coop as the Beta Band and Lemon Jelly.

Labels
Fat Cat continue to update their treasure trove of a demo collection and the latest selection can be found here:

In the near future, in conjunction with busy local promoter One Inch Badge, there is the return of the Cat’s live event Furballs. On 14 April on stage at the Hope will be Odonis Odonis with their tidal waves of sound and mutant surf guitar, Patten with their minimal electronic hallucinogenics and Saint Coltrane with their dirgy, shouty rock. Additionally, there are releases from ‘live together, make music together’ band Breton (26 March), with their debut LP, playing at the GDS on 6 April. Also former Chicago art students Maps and Atlases release the album Beware and Be Grateful on 16 April. In the past they have been compared to TV on the Radio, Deerhoof and Vampire Weekend, all held together with the attitude of experimentation akin to Can.

As 2012 marks their 15th birthday, the label also have many plans for the year ahead. One scheme involves releasing fifteen tracks to mark the occasion (- the tracks will be sub-divided into three 5 year periods). Some of these releases will be reissues from Grain (one part of Magnetic Man) and Mum, as well as, extended versions of ‘Sing the Gaze’ and ‘Midnight’ from Frightened Rabbit. There are also further plans to create an album of Fat Cat related music covered by Fat Cat artists around August/September time. Intriguing.

Another much adored Brighton label Sex is Disgusting have been a little quiet of late. SiD goes on it’s second outing for 2012 with night #41 at the GDS on 28 March. It features punked out garage pop from recent Sub Pop signings Jacuzzi Boys, hailing from Miami this is their first show in the UK. In support there is the low key London band Sharm El Shakes doing their first ever live show. Also expect some special guests to show up too.

Clubs
New for 2012 is conceptual quarterly club Bizarro World, starting at 8pm on 31 March, upstairs at Mrs Fitzherberts. It takes some of the more well turned out and put together bands that Brighton bears and asks them to disguise their sound ... Negative Pegasus does Daft Punk, Cinemascopes becomes Black Sabbath, Us Baby Bear Bones are Weezer and Soft Arrows go all 60s aiming for the Beach Boys schtick. On top of all that excitement, it's free to get in!

Krankenhaus at the Haunt is soon to see its fourth excursion (6 April), followed by its fifth on 4 May. Previous installments have been pulling in the people and sending out ripples of beguilement across the country. The night is run by members of British Sea Power who sometimes get up to play and/or DJ, there are also a whole other list of live acts that are handpicked which have previously included Brighton & Hove City Brass, Bo Ningen and Jock Scott. Also DJs from the Go Team! Shaun Keaveny and Marc Riley. Be warned though it has been mentioned by BSP that ‘sooner or later, there will be a humane installation with cats listening to Mastodon in a wheelie bin’.

"We want to challenge ourselves with ...