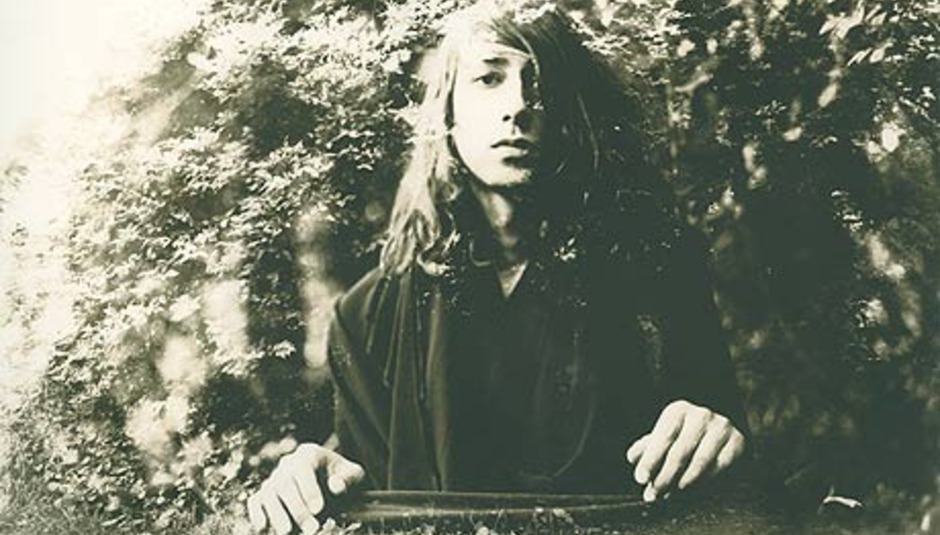 Adam Bainbridge is good, he has flummoxed me entirely when usually it is a bit too easy to play a thing and know exactly where it is planning to go and what A Levels it is going to do when it gets there. Largely this is to do with presentation - because what we have here is just an ordinary funk record. Albeit a really, really good, really, really short one that slinked into my office and onto my record player like it bloody owned the place. I think it helps that it is a morsel, an amuse bouche of uncommonly slick, randy bass that stops after less than two minutes. And it helps that I am keen on puzzles, which is why I like trying to work out why Bainbridge (and the pretend band Kindness of his video) are flouncing about in such an impossibly uncty way - I haven't seen a video this tonally frenetic, or as simultaneously annoying and amusing, in AGES. Strangely, it is an unctiness I love; like fancying the best-looking boy in school, loving Kindness is a strange mix of hatred and admiration that is damnably hard to pin down and all over the place in the best way. It doesn’t help that Bainbridge looks exactly like the really, really dim one with long hair off of Made In Chelsea, or that his promo begins with a twit in a t-shirt shop; and has subtitled, angry French film financiers in it; or that the song is nearly three years old. At the end I’m none the wiser, and I still don’t have a box to put it in, and it's still an ordinary funk record. And yet I love it.

I loved ‘Getting Mine’ and I love everything on ‘Can We’ for its blistering refusal to be moved on until it is quite ready; its denial of tacky, current house gimmicks and its heartening, arresting simplicity. The best word to describe Williams' production is that it is just so wonderfully agile – he seems able to knock out UK funky, tech house and d’n’b as if he had perfect, pre-mixed jars of each in his pantry. Of course, I realise that a person would not be permitted to make food analogies were I writing this in WIRE. But as I'm not, I can just tell you ‘Can We' is as larksome as pier amusements, and as focused on your enjoyment as it is on its own perfection. It's really, really, relentless and it's really, really good.

The music journalism 101 description of Breton is that they are a less autistic Tom Vek – there is heart underneath all the ratcheting basslines, sneery vocals and icy, two-bar-repeated blares. The longer, annotated description is that ‘Interference’ builds on the solid work of ‘Edward the Confessor’ - padding out its silhouette to create a richer sound where you’re not just admiring the direction and gusto, but wanting to hitch a ride with them. Excellent, and large of chorus.

‘Losing My Mind’ is not necessarily Summer Camp’s finest hour - it’s less catchy than one has come to expect (and one expects a great deal, with people this deft and adept at songwriting). But it does make you long for pop music that is not quite so calculated, that is not seemingly about pop music (rather than just being it); or that does not sound like it views pop music through ten post-modern prisms until it’s eyebrows ache from all the raising. Someone once said to me, ‘The brilliant thing about Summer Camp is that they write songs about false nostalgia and how we fetishise our youth.’ And I thought - ever the indie div - ‘Why can’t they just write songs about what they really feel?’ but didn’t say it; people want honesty like they want tripe for tea. So as ever, I am admiring this enterprise but also finding it strangely bloodless; a softcore approach to romance. They’re still better at videos than everyone else.

This is very showy, isn’t it? Very confident, Montage Populaire. It’s sort of glam and it sort of stomps and it’s got a supremely assured chorus and psyche-wobbly synths. ‘Reject Reinstall’ is the sort of song that would show you round its house in a silk house coat and suspender socks – it’s louche and it’s unembarrassable and its definitely got a red light bulb next to its bed. I happen to think that’s a good thing – after drowning in archly-strummed music that has to have the word 'wave' put after it to make it sound remotely interesting, music as springy as 'Reject Reinstall' seems quite the tonic.

Los Campesinos! have filmed their video in a titty bar but it is totally different and makes you fink because they have made the ladies who work there wear cardboard masks that have the faces of Los Campesinos! printed on them. Ha, ha, brilliant. As this does not stop it from containing a large serving of satin basque overflow as well as a lot of tit and arse, it’s basically just incredibly tiresome, a total dick move. Someone is going to try to justify this video with the 'It's meant to make you feel uncomfortable' defence, and I am going to want to hit them with a very heavy book.

Topping off a week of gratifying curiosities are I.R.O.K., whose spoken word single is another reminder of how the 90s are back. Coincidentally, in class this week, we remembered this William Burroughs thing - and so perhaps it is something to do with living in scattered, uncertain times that makes musicians dispense with vocal performance and head for the pulpit. Or maybe sermon songs have always existed, and it's just that in uncertain times, we're more amenable to singles that stand on soapboxes (however mad the speech). Either way I recommend 'God' with its no-messing title and its Estuary narrator who thinks The Man is well bad.


Wendy is on the internet, here. Yesterday she remembered the completely brilliant Chrome extension Comment Snob which you can use if you are fed up of encountering illiteracy, rape jokes, racial hatred and all forms of degenerate behaviour on YouTube. Mmmn, white space.