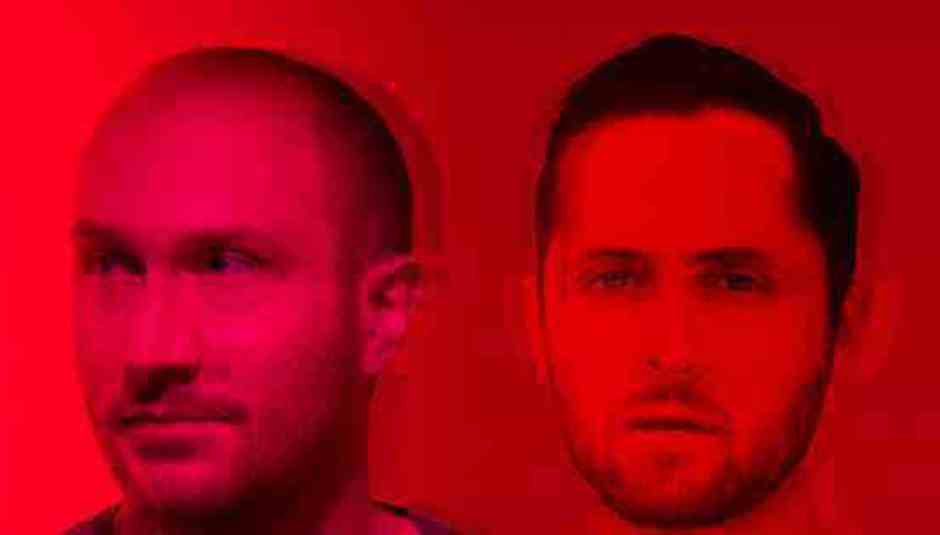 Naturally, when a person is faced with two dudes sassy enough to call themselves Nautiluss and Lord Skywave, one has certain - rather fixed and high – hopes. And while I have been in trouble all my life, with my foolish and old-fashioned propensity for romantic over-expectation, thankfully ‘Ultraviolet’ is as assured and brilliant as the names of its creators suggest. It is a glitchy, twitchy-snared dub-ballad with slow, elongated vocals that can’t quite dissipate the air of spooky threat; those Twilight Zone synths in the background are definitely up to something. You know, the roller disco at Bracknell sports centre in 1988 was never going to be the rainbow-lit arena of neon legwarmers I imagined. But that sort of dashed disappointment is precisely why I found music - just like what is happening here - because it makes it all better. B-side and Nautiluss instrumental ‘Bleu Monday’ is, happily, just as big on portent as the lead track. And as gleefully modern as a thing could be.

Because we have not had a Fronch entry for donkeys, here are Liminanas with their shuffly musical impertinence, stropping about the place as if they invented the eye-roll. Obviously it is about as troubling and threatening as a kitten in a boxing ring, but all very amiable. Not-awful live thing above, or preview it here.

What with my soft spot for School Orchestra Music being endless and chasmy in aspect (and if you too like That Sort of Thing, do look up The Matinee Orchestra), Savaging Spires were bound to get a mention. Perhaps it is a dread nostalgia for crap after-class bands; Jesus Christ Super Star played every year at the end of term concert and always terrible, none of us could ruddy play. If you factor in the hesitant xylophones and drifty air you can well imagine why I am drawn to records of this guileless nature - 'Bending The Rules Of Time' being hovery as a school skirt hemline, hitched up with sellotape.

Stereo-hopping zooms and jagged bass introduce ‘Believe’ by C.A.N.T, who is Chris Taylor released from his normal job playing exultant pop in Grizzly Bear. And if it’s anything to go by, his own musical proclivities veer towards a much more blissed-out and psychedelic playpark; with guitar lines buried so far in the distant fuzz it is almost as if he had had enough of them; stupid straps and strings always getting in the way, computers just better. ‘Believe’ is four minutes long but feels much shorter - which is strange for music as stretched, amorphous and ponderous as this. Lovely.

When you use one metaphor to base a whole song around, it needs to be a good one. Or at least, it needs to be wielded gently enough for the whole endeavour not to feel like a sledgehammer, all DOYOUSEE finger-pointing and DOUBLE UNDERLINES and METAPHOR, with arrows, in the margin. Despite being a trifle too whiny for my tastes, Caged Animals nearly pull it off by dint of humour, as well as the general air that they are not taking any of this too serious. Melodic Complaint Pop then, which doesn’t need to be deciphered with York Notes.

Divvily wandering around the car boot sale, I was accosted by an old lady. ‘Pug dog!’ she said, pointing at my perishingly cool and incredibly now Toro Y Moi tote bag, ‘Do you LIKE DOGS?’. Of course, as it is easier to say ‘yes’ in such situtations than to explain how Toro Y Moi is in fact a well-known chillwaver who cannot make up his mind if he wants to make 80s funk or 80s watercolour electronica, say yes is what I did. Which may have been wrong, but then so is picking ‘Saturday Love’ to write about – the only non-original material on the EP. But you see, it is the smoothest of cover versions! Almost wipe-clean, it is.

Roots Manuva feat. Rokhsan - ‘Get The Get’ (Big Dada)

On which Roots Manuva extols us to smarten up and get sauve, though he pronounces it ‘Suavé’ - like the delicious wine - so perhaps he wants us drunk. Either way, I have followed his instructions to the letter, invested in a cravat, and am now absolutely penguined while still appreciating how Rokhsan does the sort of sweet-toothed R&B wibbling that puts you in mind of 30s chorus lines. Marvellous.

Not exactly what you might call DiS material, ‘Lost In Love’ has no rough edges whatsoever, being the sort of pristine disco you might expect to hear in a request hour For Lovers. It’s not got any guitars, miserabilism, bad shoes or shoe-horned references to Baudelaire. But that does not mean it does not have appeal.

I loved New Look’s ‘The Ballad’, a gothy and classily hesitant bit of emo pop you can find on the internets here. Sadly since then they have chosen to follow the path marked smooth jam, and it is so pitch-perfectly redolent of radio stations in 1987 I almost checked my feet for tell-tale white heels and my hair for a velvet scrunchie. In fact, a velvet scrunchie would not be a bad metaphor for something as warmly basslined as this, but since I remember scrunch-drying from the first time around, I am not sure ‘Nap On The Bow’ is for me. You try it, younglings.