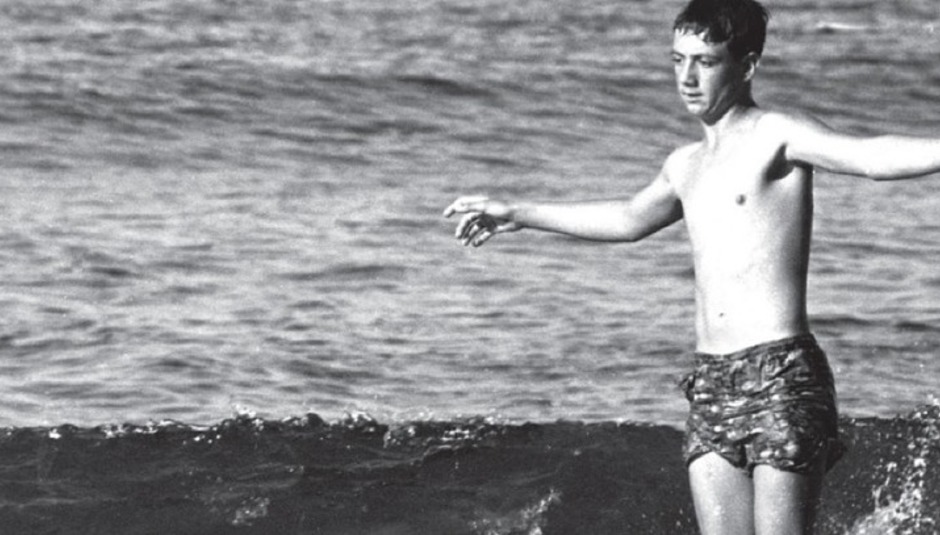 If you’re going to talk to one person about the fractious events between The Rapture’s Pieces Of The People We Love and their latest effort, Gabriel Andruzzi is probably your man. Stuck in the middle of a turf war between singers Luke Jenner and Matt Safer, Gabe was a constant figure during the third album recording sessions which saw half the band quit at various junctures.

Now settled into a three-piece groove with Luke Jenner the last frontman standing and with a shiny new record to promote, the dance-funk pioneers’ keyboard player took some time out to chat with Drowned In Sound. Naturally, we talked about In The Grace Of Your Love’s turbulent gestation, the perils of being ‘hugely influential’ and growing up in Washington DC.

A lot went down between Pieces... and In The Grace…. Could you tell us exactly what happened?

Gabriel Andruzzi: We wrote for a while before Luke left. Then Mattie [Safer], Vito [Roccoforte] and I wrote for a while. Luke came back and then we started again with Mattie and then Mattie left. Luke, Vito and I, we were writing with Mattie for like four and five months and then it took him another two months to decide ‘I’m leaving’. I think he was trying to figure it out and the rest of us were just waiting.

When did you feel like you were ready to hit the studio?

During the whole process Vito and I were always really excited, we wrote some stuff with Mattie we were really excited about. Once Mattie left, myself, Luke and Vito found ourselves having a really good relationship being able to communicate with each other in a brutally honest way without anyone getting their feelings hurt. We had a bunch of material we worked on. From that week on which was in April '09 we recorded 20 demos in about 3 and a half weeks, I knew that there was a body of songs in there: ‘In The Grace Of Your Love’, ‘Come Back To Me’, ‘Never Die Again’, ‘Miss You’. A chunk of songs which were going to be central to the record.

Was there a point when you didn’t think the album was going to be made?

There were definitely moments when it was like ‘This sucks. I wanna get the fuck outta here’ but at the same time I wanted to be respectful to our past and our fans. I personally was just so driven to make a new record. It felt like there was way too much time between Echoes and Pieces… and I was really excited that we didn’t have a new record label. There were so many little pauses and so many problems with other people and I wasn’t necessarily the best person at communicating so it just took way longer than I wanted it to. It was nice to go back to the rudiments with a little money so we built a really basic studio and put the power back in our own hands.

What was the first song where it all began to come together again?

Back when we wrote ‘In The Grace Of Your Love’, I was like, ‘This is really good’. It’s got emotion, the vocals are great and it’s interesting emotionally. It was the first song we wrote for the album when all of us were in the room, it was based around a jam which we played around with for half an hour. Then Luke came back and said ‘I have an idea for a vocal.’ He recorded it in two or three takes and Vito and I just looked at each other thinking, ‘We’re really happy about this.’ Luke hadn’t been singing at this point either.

How do you think the album’s been received?

I’ve found there’s been a lot of great critical response and pretty much anyone I talk to has really great things to say. There have been a couple of lukewarm responses and a few very negative responses. I think we still have time to tell how people pick up on it. For me, I just want people to listen to the record and enjoy the record, forget about who The Rapture are. Forget about the story, none of that really matters when you sit down and listen to a very good record.

I feel like we still have this preconception that’s drawn off ‘House Of Jealous Lovers’ and a couple of songs drawn off the back of it of us being purely angsty, angular and supercharged. Even on Echoes there are songs like ‘Infatuation’ and Love Is All’, so people’s perception of us is skewed, it’s a lot different from my conception of us but that’s fair enough.

When a band strike it big early on, there’s a critical tendency to refer to them in the past tense.

Yeah I think the past can be a hindrance to enjoying the present for sure but it has its benefits. Obviously we’ve had difficult times but I think we’ve also had really wonderful times touring the world and getting to meet lots of great people. We interact with our fans online and I hear from a lot of people who didn’t know who we are and are really psyched our record came out.

How do you keep that distinctiveness for which you’re recognised but move on from it at the same time?

I think it’s intrinsic to who we are as individuals and also as a band. I think the key is to recognise we write some shitty songs but most of the time they don’t make it on the record... Actually, sometimes they do make it on the record but the trick is knowing when you do something special and nurturing that.

Which ‘shitty songs’ made it onto your records?

Honestly I don’t know off the top my head. I like that I let that out and you asked but it becomes hard to make that call after living with them for such a long time. I think we’re also a band where different songs appeal to different people. For me, that’s always been a blessing and a curse. I think this album really congeals as a record though, and I’m really happy that we found a way to do that. In the past we have been really scattered because of having two singers who were very different kinds of people. Now with one singer it’s definitely easier to create an album. When we had two singers in the past, I thought that was a real strength, but I don’t think they ever really supported each other enough.

Was that a competition thing?

I think it might have been but also it came from each of them feeling like they had to prove something to the group and to themselves. They’re very different types of songwriters and people both intellectually and emotionally which made them hard to communicate leading to immaturity which creates competition. It’s a natural thing.

Have you heard Mattie’s solo stuff?

Honestly, he sent me some stuff a while ago, which I asked him to send me, and I’ve never listened to it because my life has just been too hectic. I heard the Christmas song he put out last year and the one on the Ed Banger compilation [Let The Children Techno]. I’m guessing a lot of the things he’s doing are a lot of the things me and Vito were doing with him as a band. I’m familiar with what he does and what he can do, I listened to the guy playing bass for like seven or eight years.

When did your return to DFA records come into the album’s story?

When we went into the studio with Philippe [Zdar] I was really pushing to get a record label but we didn’t start playing people the music until the album was done. The thing with DFA only started coming together three or four months after the record was mastered and then it took a long time to sort out. That was similar to Echoes because it took a year before it came out but luckily it hadn’t leaked.

DFA have way less money than Universal but we chose to work with companies and people who were really enthusiastic about us and that’s kind of where we’re at. We picked Phillippe not because he’s just made a big record or we’re completely in love with everything he’s ever done but because he was in love with what we were working on.

What is the driving force behind the band now?

I guess this is where the history comes in… This is who we are, we’ve been doing this for a long time as musicians, performing in front of an audience is a big part of our life. We’re just trying to get out on the road and play as much as we can. In the past we weren’t always positive about that experience as a whole, I’d say that we were overly negative, but we’re making up for it in a positive and respectful way, which is a bit of a strange thing to say.

The Rapture - How Deep Is Your Love by DFA Records

[Laughs] The way I see it is we’re really lucky to have fans and people that we really make happy with our music so I wanna suck that up in a vain way.

It seems your ‘spiritual’ connection to music runs pretty deep?

For me, I grew up in Washington DC and I started going to shows when I was just over 13 with a very strong music scene over there. That nurtured me and affected how I experienced politics, history and art so it was a very intimate and emotional experience for me. I think I wanted to start a band when I was 13 so I grabbed my closest friends, we saved up money or our parents bought us instruments and we just started playing.

It’s kind of an all-encompassing thing for me, music. The first show I went to see was The Sugarcubes on their first tour when they played to a place in DC with about 500 people. I was really scared to go but also super excited. I had a sister who was five years older who got me into Depeche Mode and The Cure when I was like 11. When she left I took all her records.

Where do you want The Rapture to be a year from now?

I just want to have a good experience. I hope I don’t regret it. I don’t think I will… I don’t regret much. I don’t plan on winning any Grammys and there isn’t anyone I want to work with in particular. I’m just really in love with being in a band and doing what we do right now.

In The Grace Of Your Love is out now on DFA.

In Photos: Metronomy @ The Leadmill, ...