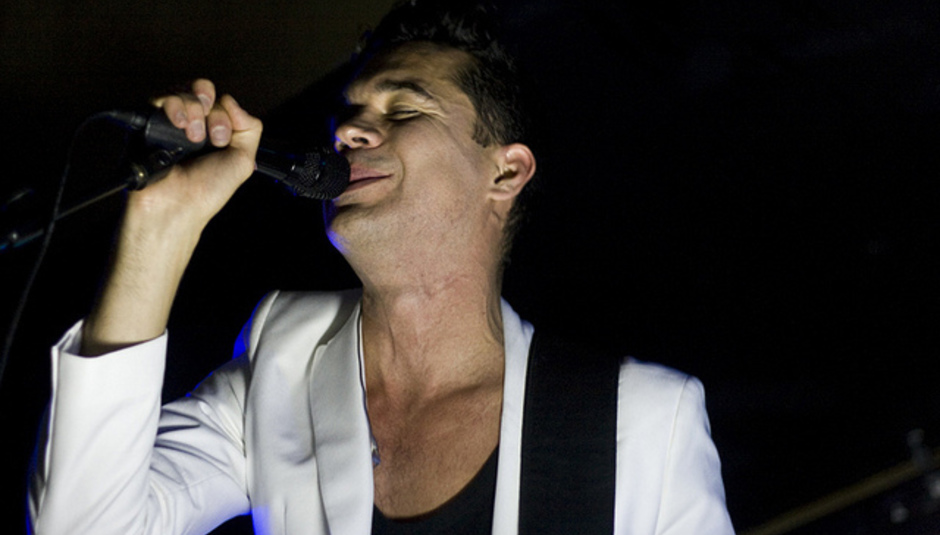 This week's content-themed Spotify playlist from the past seven days, featuring tracks from Vivian Girls, Viva Brother, Blood Orange, Casiokids, Wu Tang Clan and a few more. Click here to give it a spin on Spotify.

1. Jens Lekman - 'The Opposite of Hallelujah'

Jens Lekman has been away for a while. Too long, in fact. But he did get swine flu during that time and, well, who are we tell him when he can release an album, EP or whatever. He's a new one on the way soon, though, and you can now download the title track from it.

I think we included Vivian Girls last week, but it doesn't really matter. Nobody is going to tell me off. Last week they had a new video, this week we put our pictures up of them performing at XOYO a few days back. They are really good snaps.

Last week we had the fantastic DiSband piece on Viva Brother, where they attempted to answer some questions about themselves. They did OK, I guess. This week we had the review of their album. They didn't do so well in this case, arguably. Anyway, I'm sure they're having a grand time doing whatever they are doing.

Dev Hynes is often notable by his absence. He's a busy man. Now this is one of his new projects, whose album is released on Monday. We reviewed it, and actually quite liked it. I lose track of every band he's in, to be honest.

Every now and then Spotify throws up a crisis for me, and perhaps you. It's when they don't get a band name quite right. For instance, WHY?, whose name we all know should be in CAPITAL LETTERS. But sometimes it just doesn't work out. Regardless, the band just announced a special grand piano tour. Whatever the hell that is when it's at home.

There is finally a video for Matthew Dear's Slowdance, taken from Black City, which was released pretty much exactly a year ago. Anyway, the video is most excellent and does have a little concept behind it, which is always nice to see. Must've been nice to make, too.

And now for something a little more soothing, from Nils Frahm. Frahm will release a new album, entitled Felt, through Erased Tapes later in the year. More information can be found about that here. It even includes an audio preview, if you will.

This was Single of the Week. Wendy Roby says: "I could not be more pleased to see Toddla T chart-chasing and party-starting, not least if it compels Roots Manuva to come over all Brian 'Even When I Say Wrong Things I Am Well Sexy' Ferry. ‘Watch Me Dance’ is by far the most larksome tune you will hear this week, it is the sort of jam that makes you wish you could pull off saying things like ‘Ow!’ on the dancefloor. It also makes want be able to do that gesture where you smooth down both eye-boroughs with your index and middle finger. But without looking like a total prannet. Marvellous!" Yes.

Only if you ask nicely. But since you did, go ahead. The Wu's new record came out at the back end of July, and we thought it was pretty decent. Nothing more.

This song is about a dog. We hope there will be more songs of a similar subject matter on Casiokids' new record, which comes out later in the year. It'd be disappointing if it didn't happen. We cross our fingers.