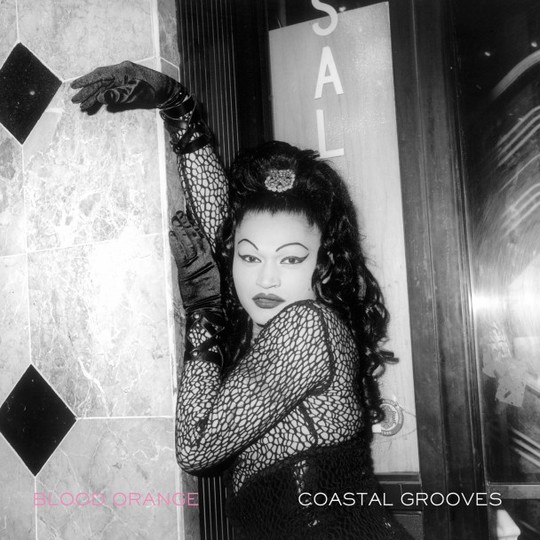 Devonté Hynes' new concept album doesn't represent any sort of surprise, in particular. Frontman of electro punk scenesters Test Icicles, and conceiver of instrumentafolk solo project Lightspeed Champion, Dev knows how to adopt a sound and commit to it. At least for a year or two.

This year it’s the turn of Hynes’ new solo pursuit, Blood Orange. The artwork of début album Coastal Grooves reeks of the late Eighties to early Nineties New York club scene; the questionable looking spider-eyed woman on the cover could have easily been one of the club kid extras from Party Monster.

Yet Coastal Grooves is a title that suggests something totally different. Early funk is the prevalent influence for the record; in ‘I’m Sorry We Lied’, Dev sings “Baby love, would you like to be my little girl for life, / Take you on a cruise in my sweet Cadillac, / Promised your pop I had to bring you home by nine/ His watch, not mine.” Lyrics and music lean between Seventies and Eighties jazz and funkateers like Howard Johnson, TS Monk, Sérgio Mendes.

Melodic electric guitar lines through songs like ‘Complete Failure’ recall Bert Weedon, only with more drama and romance; add a couple of minutes on and it’d be easier to recognise its likeness to the prog creations of yesteryear (see Yes’ 1974 record, Relayer). The clockwork timing and mechanical pattering of electric guitar parts throughout the album even recall Eighties J-Pop. The tempo and chromatic nature of ‘Are You Sure You’re Really Busy’ hark back to mid-late Sixties psychedellia bands like The Lords. You’d think with such similarities to music that is, let’s face it, not exactly easy to digest, the record would get a bit much. But Coastal Grooves’ pop sensibilities — singable lyrics that are often doubled by the guitar — make it quite the opposite.

As a record it's glaringly reminiscent of past niche musical trends, but sounds so contemporary and original that it lures you into a very confused time warp of a listening experience. Hynes’ approach and attack, the timing, and the modernity of the album bridge the gap between intelligent Sixties and Seventies experimental guitar rock and a more excitable late Seventies to early Eighties funk. Coastal Grooves is a collection of extremely and extensively well-informed pieces of music, yet with such an array of influences it’s hard to ultimately categorise.

Dev Hynes has recorded an LP that is different to that of any contemporaries you'd care to mention; rather, he is creating his own path. The record has a theme, a continuous trend, a story, and yet it avoids sinking into the quicksand of monotony. Hynes eases the listener in with a trio of palatable pop songs (‘Forget It’, ‘Sutphin Boulevard’, and ‘Sorry We Lied’), followed by a few smooth grooves, a ballad or two, and ‘Champagne Coast’ to fade the record out. On Coastal Grooves' opening track, Dev sings “I am not your saviour”, but he might well be just that. With a humble ten songs, Hynes banishes our woes and turns a shoulder to the glut of all too mundane music released this year, reminding us that someone can still make a perfectly influenced yet original collection of songs. This is how a record should be made.