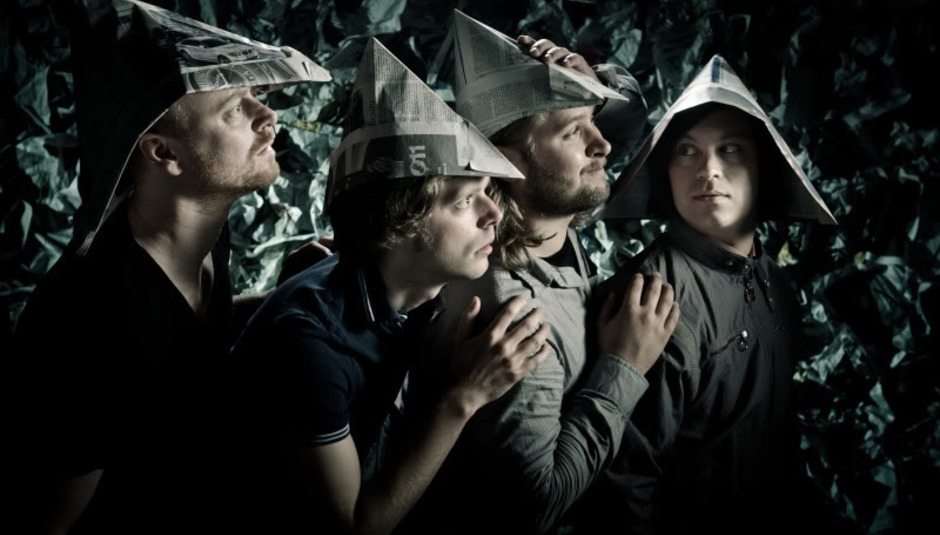 Casiokids are perhaps one of the most ridiculous bands out there. Across the world. They are also perhaps the most outright fun. In the world. Their tunes are just super. They have a new collection of them coming out later this year. The new album is called Aabenbaringen over aaskammen and sees release through Polyvinyl on October 11 in the US. We guess the UK release will be around the same time.

The album contains the following tracks:

And has this artwork... You can get track two for free, entirely, from here. If you want to read more about the album, the title, and its recording process then I suggest you head here, where Ketil explains all. There's even a little backstory to why the title is spelt like it is.