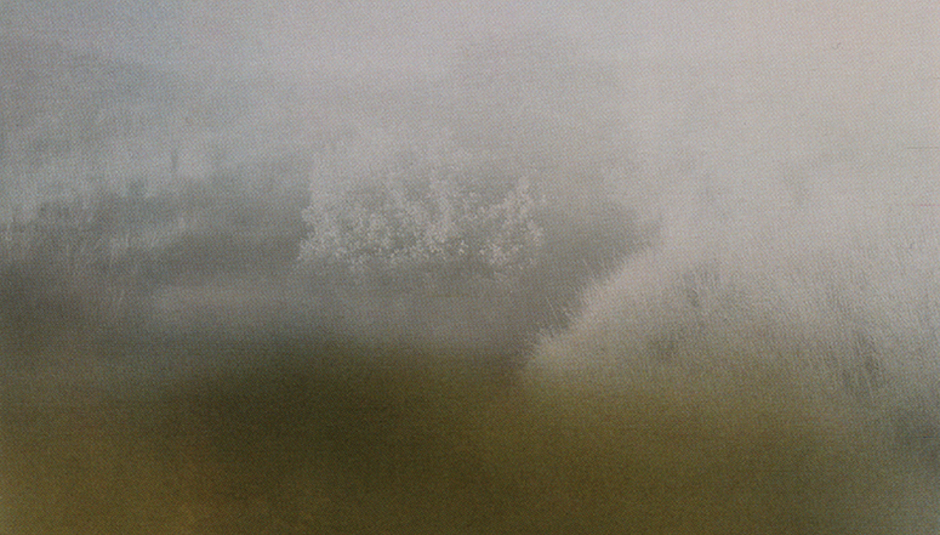 After a break of about a month we are back with the first Spotifriday of the year. It has a distinctly British vs. American flavour, rather arbitrarily including Darren Hayman, White Lies, Pearl Jam, Warpaint, Mogwai and some more bands you should really dig. Click here to listen to it.

1. Darren Hayman & The Secondary Modern - 'Calling Out Your Name Again'

Perhaps Darren Hayman is one of the most under-appreciated artists in this whole wide land. Perhaps he isn't, but a decent amount of people do indeed appreciate him very much, including me and, of course, our writer Michael Wheeler, who is currently writing a review of Hayman's January Songs project. The first part of that review went up this week.

We're all looking forward to Mogwai's return and their new album, right? Yes. Goodo. They released another new track this week, entitled 'San Pedro, continuing the vaguely Spanish-sounding theme they've used so far. You can listen to it here and also download it.

Holy Terror, Batman! Pearl Jam have another album out? Yes, unbelievably, they do. Sort of. It's a live album, but it still counts, it'd just go in the Wikipedia bit that says "Live Albums" rather than "Studio". Anyway, you can read the review here.

The Kills ALSO return with a new record (it's that time of year, huh?) as announced this week in the form of a (possibly actually not) hand-typed letter. There are perhaps some valid criticisms of The Kills, but you wont read them in this article.

Speaking of valid criticisms, that is exactly what Andrzej Lukowski's review of White Lies' new record comprised of. It got 5/10 but there were some positive things about the record and indeed band, but they kind of need to learn to accentuate those things, rather than bury them.

This is quite possibly the longest track we've had in any of our 73 Spotifridays. Seeing as last week we weren't properly back, we're glad to have the return of our regular columns this week, which included the fifth edition of Subliminal Transmissions, penned by Rory Gibb.. You can really get lost in this one.

Bronto Skylift is a great name for a band, even though I'm fairly unsure as to the reasoning, if there is any, behind it. Song name 'Burt Bacharachnid' also exceeds itself on the excellence front. Musically, it perhaps fails to live up to the name, although it is a great deal of fun. They featured in the January edition of Drowned in Scotland.

Another one of our returning columns was Articulate Silences, Ambient Sounds, which featured the superb Richard Skelton. Landings was one of the albums of last year, no doubt, and here's a short-ish track from it.

Ah, Wire. People wondered if their new record, Red Barked Tree would be any good. You're going to have to wait for our verdict, although you CAN listen to the whole thing on Spotify, as it happens. The reason they are in here is because we interviewed them recently, and the results went up on Monday. Read it here.

HEY LOOK! IT'S SINGLE OF THE BLOODY WEEK. Here's what Wendy Roby said about this track: "I don’t know if you’ve noticed, right, but all of Warpaint are GIRLS. Girls! Amazing. Obviously this makes the fact that they are actually sort of alright at music all the more brilliant and worthy of wor attention, because usually girls are rubbish at this; they get their f’s and their c’s mixed up so darned hard, you’d think it might make them swear and I hate it when women do, that shit is disgusting. And you know, if I could just move this flipping bra out of the way and if these painted nails could ever reach this crazy complicated keybaord, I might be able to tell you how ‘Shadows’ is basically heaven on a stick, a wail so degustable you’d think a lady had made it in one of The Womens’ many ovens." I, for one, welcome our new female overlords.

British Sea Power never let me down. This track exemplifies the goodness in their new album, Valhalla Dancehall, for various reasons. Partly because it would make excellent sports montage material and second because it makes me want to shout and contains a curse word. Read our review here.

Also click here to browse through our archive of Spotify playlists on a variety of themes.