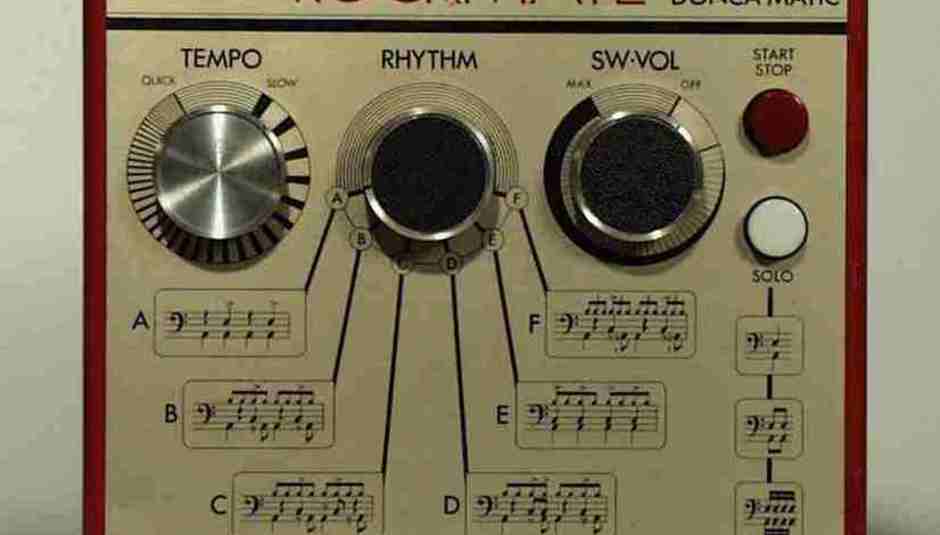 ‘Doncamatic’ - though in many respects just an awfully good pop song, was the moment when I realised again that Damon Albarn is a genius. And it won't be denied, even though that word gets thrown around like so many toffees in a predatory playground, it really is right in his case. His Technicolor output has been the joyful soundtrack to so many periods of my life [not like that]; he has been at the centre of my musical universe since I was sixteen - and unless you count the dread, noisy, and deliberately dense period(the blame for which I lay very hard and squarely at the Converse of Coxon), it has been a loyal sort of love affair. I would no sooner snog anyone else than I would give up the times he has gifted me. Not even when I drank all that whisky and woke up Basildon with someone else’s skirt on.

Of course, it’s worth pointing out that this isn’t really a Gorillaz record and that the transition is now complete, Gorillaz LLC is the umbrella organisation that allows Damon to put out the pop records he’s always wanted to make but has perhaps been too young to allow himself; as you get older I find you care far less what people think (if at all) and it’s freeing, wonderful. So I don’t care either, I want him knighted, immortalized in Halls of Fame and roundly given the keys to the galaxy. He can do anything.

ANR - ‘The Endless Field of Mercury’ (Something In Construction)

ANR breezed their way into my Inbox with no little fanfare, and as it is rare to get an email from a person in which I am told something is brilliant that I a) don’t immediately want to delete or b) want to reply to with vile, fulsome Anglo Saxon, it is worth my mentioning this. Usually when labels want to tell you something is good they don’t bother personally addressing the directive to you; much less tell you what words you should use in your review, or threaten you with ‘cultural re-alignment’ should you fail to like the record in question. In any event, it is a communication that has paid off in spades, as ‘The Endless Field of Mercury’ is quite a joy, a rousing bit of emotionally-charged, widescreen pop that begins with some big questions about ‘Where you gonna go when the world don’t need you?’ [Um, back to my Mum’s?] before barreling off to the accompaniment of drums so enormous, they might as well be fireworks. ANR are a band so comfortable in their own epic skin, they probably bungee jump downstairs for their cornflakes, jet-ski to work and Harrier jump jet down the Post Office. It becomes them, too.

Orlando Higginbottom continues to make absurdly amiable dancefloor-based melancholia, and if you heard me being basically a bit ackfing annoying about him on Radio 1 you will know I have a thing for Greco Roman, I use them as a case study when I teach at the Rock School that I basically wish to attend myself. If you didn’t hear it, then all you need to know is that the people behind records like this have taken the sort of care, decency and paid the sort of attention to detail you would assume everyone did. But they don’t - and so even if this is a fun record with fun noises on it that is not about to change your life irrevocably, I don’t think that matters. Fully realised, is what it is.

Field Measure’s ‘You’re Not Supposed To’ is one of my favourite things to play when I am asked to put on one record after another with no gap in between for the edification of an audience. And only partly because it starts with them pretending to do ‘Abide With Me’, it being the most romantic and beautiful of all the tunes dedicated to Dog and his favourite puppy. I wish they’d just get on with recording the whole hymn though, because when you listen to ‘Measure’ you're reminded just how classy Field Music are; just how wonderfully unswayed by fashion and just how masterfully they wield skittish strings, it is almost as good as one of those pompadoured dudes from Yore. They still have a place in my heart, even if the world turns too fast these days and a double album seems like something of a mis-step.

The press release for ‘Lost My Girl’ is desperate for a fight, it is almost saying ‘If you do not get this, the problem is YOU’. And it might be right, I do sometimes feel like a problem requiring explanation by a one-sheet of A4 sent out to a hundred recipients, and only partly because last time I reviewed Paris Suit Yourself I tied myself in knots trying to work out if they were on the right side of mentile. I’m not sure this single helps any, but I will say it is incredibly abrasive and a bit Devo. That is, if Devo had been put in some stocks and kept being prodded with sticks by people who absolutely hated upside-down-bucket hats. It also has a deeply nutty and quite massive happy-clappy bit (if Devo went happy-clappy, which is an odd enough notion that suits a bunch of arty fruitloops like Paris Suit Yourself). Anyway, here they are above ‘giving it some’.

The delightful James Welch went to Berlin and while he was there, right, he recorded all kinds of sweet and crazy that he has woven into being for our listening pleasure here. And it is damnably pretty; at times I fear he needs to have his hands smacked when reaching for the jingle bells. But that’s probably me being overly critical, he does do twinkle extraordinarily well, maybe it owes him money. ‘Hung Markets’ is this week's casual bit of munificence that you can get for free here.

Having had the pleasure of talking to three of Cloud Control earlier this year and hearing them all still in the giddy, humble throes of about-to-be-massive, burgeoning success, I know a thing or two about the recording of their deliriously Autumnal and deeply, almost embarrasingly winsome album. I know they worship at the altar of reverb; I know they Went All Analogue (but not in an affected way); and I know they make records like this because something odd and alchemical happens when the four of them get in a room and put their brains together. ‘Meditation Song’ is, after all that, quite slight for my hyperbole, but it is always heartening when people are genuinely doing things for the right, slightly accidental and natural, reasons. I thought you should know.

This is the first Human League single in nearly ten years. And to be perfectly honest, it feels a bit self-parodic. But perhaps that’s to be expected, and it's either to do with what we the listener might be expecting of them, or what they, The Human League, expect of themselves. Not sure which, but ‘Night People’ is entirely not terrible despite a few jarring couplets, and I can’t not love them or forget their story. Nor hear their name without hearing it as said by a denizen of my newly-adopted Norwich, which involves pronouncing it Hoo-man League. Love you, Norwich. Love you, Sheffield.

Gentleman beat-botherer Kel McKeown’s delightfully named EP continues to make a case for his classy, it morphs from one busted speaker to another touching on looped 70s solos as it does, and almost turning the latter Turkish. I’ve never heard a Kelpe record I haven’t liked to the point that I feel almost spoiled about him. I also know he makes records that are heaven to cycle or bound about with a massive coat on to; all puffed and impenetrable-making, they are. This has tablas on it and takes you down all the winding lanes you want it to while at the same time not being predictable. I just still feel very embarrassed for not recognizing him when he charmingly said hello to me at Latitude. Sorry, Mr. McKeown. I had had a lot of cider though.

Having not been able to work out if this is a terrible title or a cursedly evocative one, I gave myself a tiny slap and listened to the darned thing. Which is when I heard how Vessels are intent upon a strangely menacing sort of quietness that wraps itself about you rather like an Owen Pallett number might. ‘Meatman, Piano Tuner, Prostitute’ might sound like a short story brief in your Creative Writing night school class, but the song, the thing, is eerie, glassy and not at all short on drama. Compositionally it’s soft as a cashmere scarf, but as it swoops along you rather feel it tighten about your neck.

Twin Sister - ‘All Around And Away We Go’ (Double Six)

The picture used to illustrate this week's column is from this here site. It was built about ten years ago so obviously the spec is overwhelmingly five out of ten. But that doesn't mean you can't kill an entirely pleasant hour upon it, looking at delightful olden day synthesising tat you will never own or have a clue how to use.