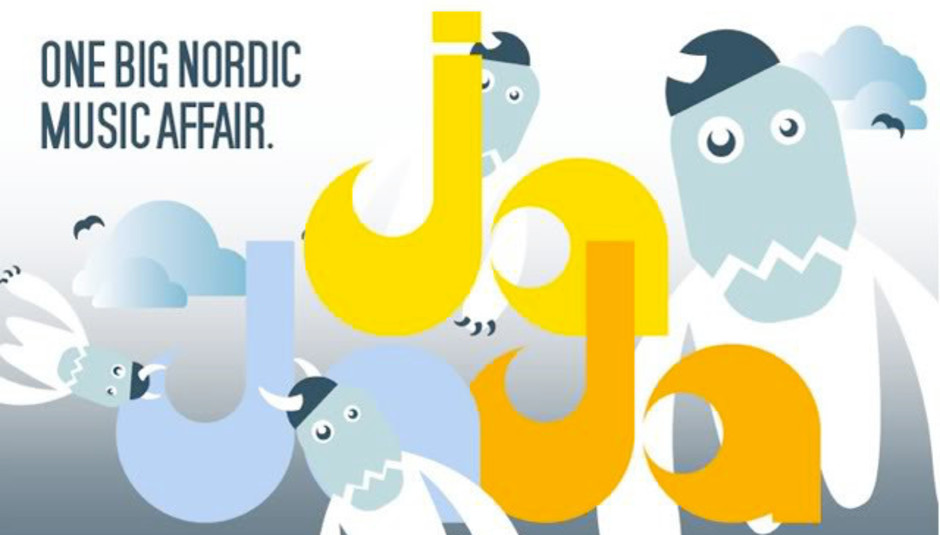 As part of our Nordic Music series we asked those wonderful promoters of such music Ja Ja Ja to put together a playlist of songs – what else? – from some of the best and most exciting artists to emerge from the region in recent years. An introduction, if you will. Here's what they came up with. It includes Ungdomskulen, by the way, which I don't need to tell you is almost a necessity as far as we're concerened. Click here to listen to it and find out more about Ja Ja Ja and what they do here. Well worth investigating, especially their monthly nights in London at The Lexington. Happy Spotifriday!

1. Husky Rescue - 'We Shall Burn Bright'

Formed in 2004 by multi-instrumentalist Marko-Nyberg, Husky Rescue hail from Helsinki and bring both the cold, barren beauty and fragile warmth that Finland is famed for. After two successful and critically-lauded albums, Husky Rescue released their third album Ship of Light in January 2010.

Hjaltalin is a seven-piece chamber pop band from Reykjavik who will blow you away with their live show. Their sophomore album came out in Europe earlier this year and you can read an interview with them here.

3. The Megaphonic Thrift - 'You Saw The Silver Line'

The Megaphonic Thrift consist of members from Casiokids and The Low Frequency In Stereo and their catchy mix of noisepop/shoegaze has earned them rave reviews at by:larm, Iceland Airwaves, CMJ, Roskilde and more.

Lucy Love has been referred to as Denmark's Grime queen and has been described as one of the most interesting emerging artists from Scandinavia. Her rapid flows, catchy hooks, snappy beats and exciting performance style has won applause across Europe.

Straight of out Denmark young and keen, Bodebrixen is the latest addition to the Scandinavian pop scene. Bodebrixen have pop tunes with wit, charm and devilish irony, pumped up with bongo drums and some na-na-na-na-na-na style choir.

This terrific duo from Bergen, Norway favour trebly, jazz-toned guitar skronk, syncopated bass and walloping, post-hardcore drums but separate each sound, then sharpen and polish them until the finished combination threatens to put your eye out.

Hailing from a nuclear bunker in Copenhagen and having quickly risen to cult heroes among the rock 'n' roll classes of Europe, TGTB continue you offer you a merciless tidal wave of musical pleasure.

Sudden Weather Change are a five-piece from Reykjavik, who don't wine in made-up languages or run around naked in forests. Oh no. They go on skateboards instead.

Formed in the Icelandic capital in 2001, Leaves have released three albums, Breathe in 2002, The Angela Test in 2005 and most recently We Are Shadows in 2009. They are now working on their fourth album.

Simon Says No! demand your attention with a sound that shakes both fists in your face. Their track 'Shiver' appeared in Skins earlier this year and they are currently in the studio mixing songs for their debut album with UK producer Nick Terry.

Swedens Sofia Talvik sings songs touching on themes of love and heartbreak, as well as a healthy dose of anecdotal stories from her own life. Her vocals are backed by minimal instrumentation including cellos, double bass, soft percussion and the occasional piano, which all creates melodic stories that reveal the simple world of a 29-year-old singer songwriter traversing an array of emotions.