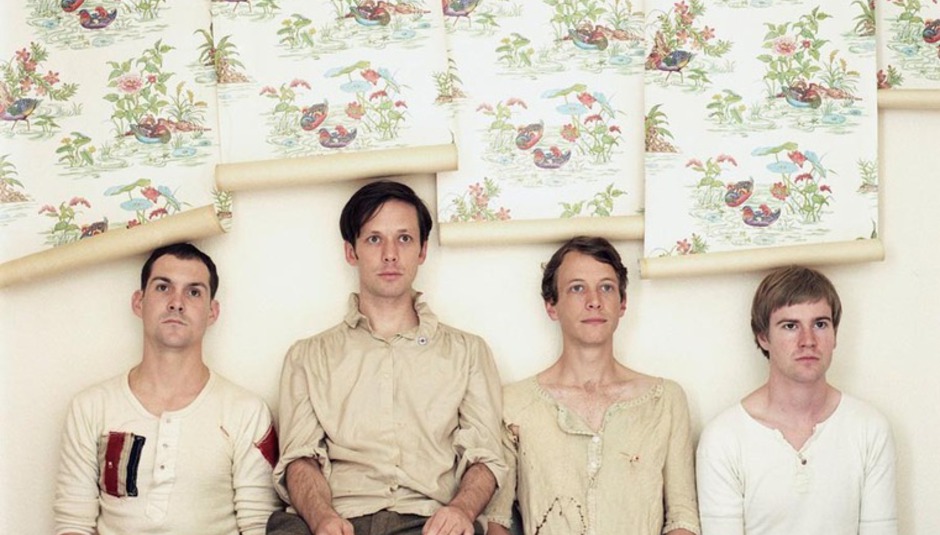 This week has been one of many takeovers. Well, two to be completely accurate. The first came from British Sea Power, who provided us with a wealth of content so vast that we just had to run it all. You can read all of it by clicking this link. It's really quite good - especially the bit about watching Jeremy Kyle, castles and rating EVERYTHING out of 10. Which is a necessity.

Afrirampo's new record scored a whole 7/10 from us earlier this week but, as far as I know, that is not on Spotify, so instead we've chosen something that is. Perhaps regrettably. What the hell IS THIS?!

Storming into the Top 10 for "most curious song titles ever" is/are Rustie. It does make you wonder. I always thought Pikachu was a little boy. Well, not a boy, but a male Pokemon at least. I guess if you're going to create mythical beings then you may as well give them the opportunity to have ambiguous sexual organs. Read the review of their new EP here.

Speaking of new EPs, the much-lauded duo that make up Mount Kimbie announced this week that they've got a new EP on the way. It's got a remix on and everything. Read more about it here.

Peter Broderick's 'Human Eyeballs On Toast' might not make the aforementioned curious song titles list but the record which it is contained on may well make some other lists of prestige. It is full of marvellous, expansive compositions, and got awarded 8/10 by us this week. I suppose it's sort of like a Pitchfork Best New Music but not really. Instead just plain ol' "recommended".

The second takeover which occurred on these pages this week was by our favourite favourites, No Age - who also happen to be playing a couple of gigs for us to celebrate our 10th birthday. They had some insightful pieces, including one on being a vegan on the road, which sounds like a bit of a mission. Read more here.

What to say about Uffie? Not a great deal, so I'm going to let her do the talking for herself. Read Part I of our interview with her here and Part I here.

Now for the first track taken from the weekly singles column undertaken, as ever (apart from the one time Sean did it...) by Wendy Roby. This was Single Of The Week, which is good enough reason to include it in here, non? It's also a delightful little number which sounds like it was written and recorded in times gone by. It makes the warmness rise up from within. In a good way, not like acid reflux disease.

This was another single. And one that is a bit more purposeful. I mean that not because Idiot Glee don't have purpose, but this is REALLY one where you want to have it in yer lugholes whilst walking down the street on an important errand, on the way to a job interview or something similar. Tasty.

M83-linked Team Ghost release a new record on Monday. It is called Celebrate What You Can't See. Read some thoughts on it here. Here's a slice from their previous record. It's a bit earnest but can still push a few buttons or two.

What constitutes a Bad Lover? Send your answers on a postcard...or just go and check out Small Black when they come to play some shows over in the UK, which is quite soon.

A couple of bits of worriedaboutsatan news for you this week, one which hasn't even yet been written. The first was that they are releasing Arrivals on a selection of different styles of vinyl, more details of which are here. The second is that they've got digital album out for free, with a bunch of lost tracks, b-sides and what not. More on that later.

Another week which we could have included Gold Panda. But we didn't. He put his hands to an Errors track, 'A Rumour In Africa', which is this one. The squealy high-pitched thing is what I'd use as my "favourite sound", should I ever get invited onto Inside The Actor's Studio.