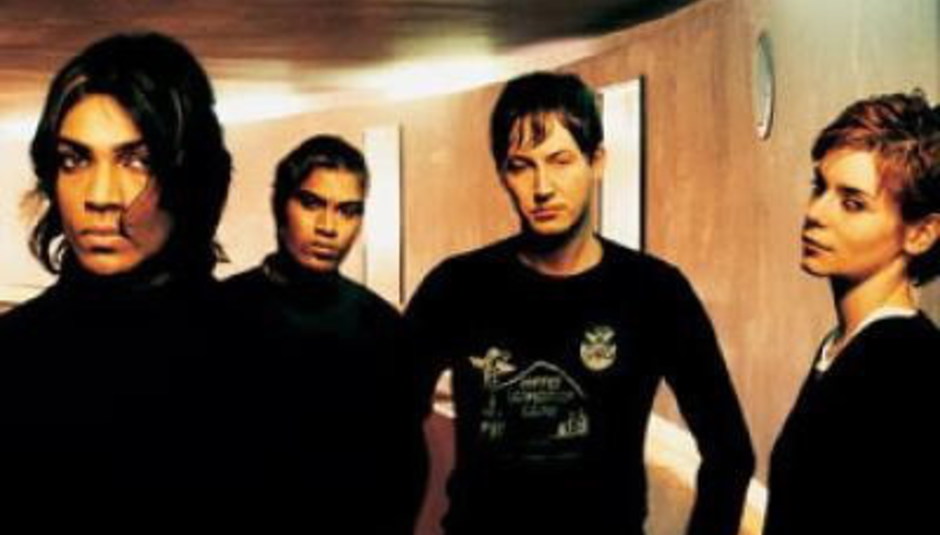 As part of our 10-week "DiS is 10!" celebration, we have asked 50 of our favourite people to tell us about one of their favourite albums of the past 10 years. Here, DiS contributor and messageboard regular Paul Brown, shares his choice... I’m pretty sure that the DiS’ tenth birthday celebrations will feature accounts of user/website relationships which are far more interesting than mine. It’s been a pretty commonplace journey for me, you see, one where boy meets website, boy falls in love with lots of bands, boy writes a few words for website in the hope of discovering more bands and (just maybe) helping others to do the same. While I’ve been plodding away mundanely on the boards, posting barely 4000 times in six years, there are those who have made friends, found and lost love, got married, had babies (probably) and, in one or two select cases, found national tabloid infamy. How could I compete with that? So, instead of even trying to, I wanted my little contribution to the festivities to be about a record which has been massively important to the development of my tastes, one which was released before I was even aware of the existence of drownedinsound.com, but which is probably just as much to blame as DiS for my unslakeable thirst for new music.

Around the start of the century’s maiden decade, I wouldn’t have said music was particularly important to me, something reflected by the fact that at the age of 17 the entirety of my ‘collection’ will have consisted of about 12 fairly standard samples of radio-friendly indie (of which probably only the Manics have endured to this day). As time progressed though, I gradually grew bored of the stodgy dad-rock, started borrowing a mate’s copies of the death-throe issues of Melody Maker (well, thieved really, sorry about that Richard), and began to spend time in the company of MTV2. As a direct result of the latter, My Vitriol appeared on my radar around the time they released the 'Pieces' and 'Always: Your Way' singles. They were the perfect band for me to discover at that particular time, accessible enough not to repulse my unsophisticated palate (and indeed to actually discover in the first place), but alternative enough for me to satisfy my urge to rebel against my own tastes.

On the surface (which is about as deep as the younger me would tend to delve), Finelines was a pretty uncomplicated proposition, a nice heavy rock record, bristling with venom, and sprinkled with the occasional catchy chorus. But if its appeal were merely superficial, it would have been chucked to one side with my Feeder, JJ72 and Kinesis records long ago. Instead, while I have experienced dozens of infatuations with songs, albums and genres, both brief and longer term, and discarded far more bands than I have loved, Finelines has grown with me, and become one of the few constants in my musical landscape, to the point where my Digipak copy is now just about ready to fall to bits once and for all.

A huge part of its appeal lies in its dexterous melding of pop rock and shoegaze. The likes of 'Cemented Shoes', 'Grounded' and 'Losing Touch' are instantly exhilarating (and, unsurprisingly, all singles), and their immediacy acts as a necessary breather from the endless surging waves of effects-heavy guitars, a handhold to cling to in the storm of noise. Even now, it’s hugely satisfying, and quite refreshing, to hear how unrestrained the album is. I mean, just look at 'Tongue Tied'. On the face of it, a mainstream rock record could probably do without a meandering, overblown five and half minute instrumental peppered with false endings slap bang in the middle of it, but thanks largely to its joyous bloody-mindedness, it turns out to be a perfect distillation of the entire My Vitriol philosophy, and one of the highlights of the whole album. And then there are the other instrumental snippets, the shorter pieces like 'Alpha Waves' and 'Taprobane', which, in clumsier hands, could jar or slow things down unnecessarily, but instead prove to be vital threads in the tapestry of the album as a whole.

So if you never discovered Finelines (and I wouldn’t were it not for opportune timing), if you dismissed My Vitriol out of hand, or even if you own the album and simply haven’t listened to it for ages, then it is without question a worthwhile way to spend forty-eight minutes. It’s a shame that its lack of a successor has overshadowed the record’s sheer strength, but it also means that it gives My Vitriol that rarefied air of mystique which shrouds bands whose only record is a stone-cold classic. For me though, while Finelines is a special record for its own qualities, what is arguably more important is the gateway it provided me to the likes of Seafood, The Cooper Temple Clause and Idlewild, who in turn each gave me a few more outlets, which then led me to a few more other threads to follow, and so on and so on and so on to a point where my hard drive and bookshelves creak under the strain of music they carry.

My Vitriol Picks From the DiS Archive