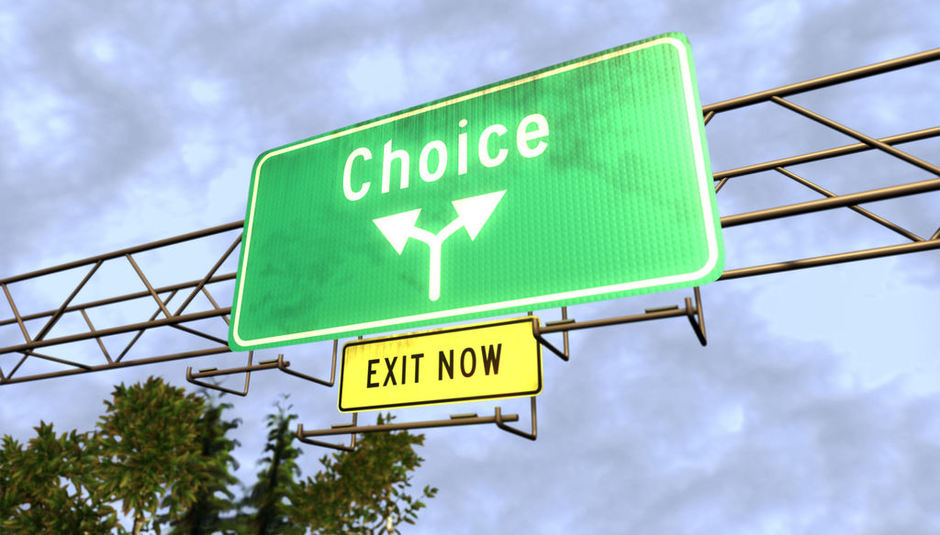 DiSser Michael Wheeler ponders whether we should all calm down a little and consider a step or two back from the infinite jukebox in the cloud...

Have you ever watched a prison movie and thought that the hulking, monochrome, sterile cage our plucky protagonist finds himself in sort of holds a slither of appeal? Not in an amazed and outraged Daily Mail, "isn’t prison nowadays just raspberry ripple ice-cream and Ikea furniture and pastel coloured curtains and telly vision and stereo systems and stations to play on?’" type way. I mean, a uniform for a start. I like that. For me, every clothes purchase is just another attempt to find the thing that I’ll want to wear every day for the rest of my life. Meals decided and cooked for you too, I’m sure I could easily slip into that routine. But what I really love is when I see a prisoner alone in their cell reading a book. Just him and the book, that one single book, completely and utterly lost to its rhythm. I watch him and imagine that he’s reading in a way that I never could, with something resembling complete and entire absorption. He might finish and start it again without rushing to something else that he had his eye on at the take it or leave it fifty-page mark. He might devote more thinking time to the book than a hazy 20 minutes post-final page before moving on to his next opening sentence. I even like the idea that after reading it he might have a few days of simply watching it sit on his bolted steel stable without being able to usher it back to an anonymous hiding place on a shelf.

And the same thing holds for records. I always get a little frisson of fascination when I read someone talking about a period in their life in terms of just a handful of records, or a extended period of time where their listening habits were dominated by just a few sounds or artists. As Edmund White recently wrote in his review of Patti Smith’s new book, "In those days before the internet and Google…Smith still remembers the few art books she possessed that she would consult again and again, just as she remembers their few records and books of verse". Similarly, Mac Montandon, in his introduction to a collection of interviews with Tom Waits, talks about how, for a time, Small Change acted as the soundtrack to almost every moment of his life.

"The tape was left in the car one day and I started playing it. Just like that. Pretty quickly I realised what a great L.A soundtrack the record was…I did a lot of Small Change. Up and down Cherokee, down and down Cahuenga, and back and forth across Santa Monica boulevard, from our Hollywood apartment dive to my job at a century city outdoor mall, where I’d watch Beverly Hill matriarchs compare in-store makeovers, their Chihuahuas’ moist noses peeking out from inside Fendi handbags. Amazingly, the soundtrack worked there, too".

These biographical examples of the joy of concentrated consumption are everywhere: Greil Marcus writing on Robert Johnson in Mystery Train, ("After hearing Johnson’s music for the first time… I could listen to nothing else for months") Lester Bangs talking about his love of Astral Weeks like it was an intense relationship, the sort where you don’t even notice the presence of anyone else in the world, let alone go out with other people, ("Astral Weeks would be the subject of this piece- i.e. the rock record most significant in my life so far- no matter how I’d been feeling when it came out. But in the condition I was in, it assumed the quality of a beacon, a light on the far shores of the murk"). My interest piques every time I read similar examples of limited cultural intake and the exhilaration and progression that comes with restriction from the other masses of data.

And at this point you probably have an idea of where this is going. What I’m talking about could easily join up to all the usual debates and theories about the levels of music being created and the accessibility of music; the growing amount of average music drowning out the really good music; the throwaway nature of music and list culture and blog culture and Spotify, with entire record collections available at the flick of a wheel and illegal downloads and la, la, la, la, la. And you’re sort of right. But this isn’t intended to come off like another state of the industry communiqué and I’m going to try and stay away from making those grand, nuance-flattening, sweeping conclusions about the way we ALL listen to music nowadays. So I guess this is just a vague, basically romantic wondering whether maybe it’s time to slow down a little and keep ourselves in check lest we get too caught up in what, at times, feels like a hollow juggernaut of choice and accessibility and information that’s as easy to dispose of as it is to gain. Ferris Bueller might have been an irritating little ball of sickly self-satisfied exuberance but his whole slowing down to take a look around shtick feels like good advice when I notice myself skimming from album to album on Spotify.

And I know, I know, I know, these thoughts aren’t watertight. Like I said, I accept, understand and share the thrill in seeking new sounds and sights and styles and the constant search for the next fix and the crave to take in as much information as we can and the need to investigate every new name so it won’t be a stranger the next time we see it. Because I guess all of those things are the reason most of us got here in the first place. But most of all I think about something Guy Garvey recently said about Manchester and his theory that it is perfectly suited for the continual production of acutely introspective music.

"I’ve got a theory about why Manchester generates the music it does and a lot of it is days like today [gestures to the grey afternoon outside]…someone described it recently as it’s like the whole of the city is in a Tupperware box when the sky is this grey. You don’t know where the sun is and the colour doesn’t change from dawn to dusk. So the passage of time isn’t so obvious".

I think maybe sometimes we could all benefit from a few more clouds blinding our view of the horizon, a self-imposed imprisonment where we can get good and lost in an attempt to completely understand how records, and in turn ourselves, really work, without a restless eye constantly wandering to the next thing on the ever-increasing playlist.