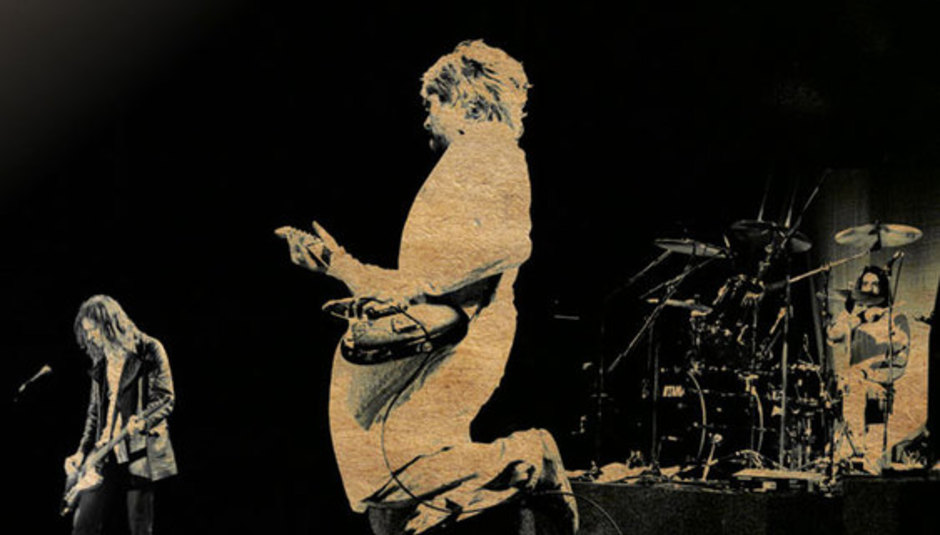 Another month, another absolute bagful of records to choose from. Are these too late to be featured in any year-end lists? Possibly, but here's the best of November's records. Says Philip Bloomfield: "The reason Echo Party might have been so named is clear from the first listen. Well, to be more précise, a few reasons become clear. Firstly, the abundance of percussion pulsating throughout the seamless compilation literally seems to bounce around your head: from funky drummer breakdowns to chopped up kick snare patterns, this is a record for beat nuts. Secondly, the music sampled seems to reverbarate through the decades: Seventies funk licks filtered through future disco bleeps, spliced with old school hip hop cadences and underlaid with those amazing drumkicks. Thirdly, as made clear by the eternally irritating promotional voiceover, like the much heralded Dam Funk, he’s taking retro concepts and warping them into the space age, via way of echoes and delays." Says Alex Baker: "Let it Beep, the follow up to Royal Bangs’ debut We Breed Champions, is a record that doesn’t quite know what or where it wants to be, yet in the ensuing chaos manages to emerge victorious, if a little dishevelled. Wearing their influences on their sleeves, Royal Bangs slip seamlessly from one direction to another. Let it Beep is a hodge-podge of angular early Noughties indie influences: scuzzy southern rock a la Black Keys and 8-bit crazines." Says Radhika Takru: "Memory Tapes is [grrr!] the outcome of Mr. Hawke's decision to abandon by way of combination his formerly distinct musical personas - the more electronic Weird Tapes and the more spacey (and singular) Memory Cassette. Dayve embraces advancements in technology and has been giving the magical internets a huge bear hug by supplying loyalists with free samples of his music via a modest blog." Says Hari Ashurst: "The most irritating part of tUnE-YaRdS – the ridiculous caps lock frenzy of the name - is actually its most representative element. The mixture of small and large, of huge bass and tinny treble sounds is the most consistently evocative lo-fi trick on the album. It’s one that recalls The Microphones at Phil Elverum’s best, or sounds at times like a lo-fi reworking of the most memorable moments of The Flaming Lips’ The Soft Bulletin’. BiRd-BrAiNs is overlong at 53 minutes, but with so many rabbit holes and curious moments, any quieter moments spent digging for this gold is forgiven. On this record, Merril Garbus manages the impressive feat of condensing much of the decade’s more interesting musical trends into one very well delivered tapestry." Says Chris Power: "By the time The Raincoats released their debut single, ‘Fairytale in the Supermarket’, on Rough Trade in April 1979, punk was over. Their sound, however, is a much more complex compound than straight-up punk. There’s a fraught folk element to it, as well as scraps of ska and, mainly through the abrasive violin playing of Vicky Aspinall, hints of The Velvet Underground that become blatant on some of their best songs." Says Andrzej Lukowski: "Still, calling Live At Reading essential in the greater scheme of Nirvana releases is pushing it; it’s notable that Cobain only chose one excerpt (‘Lithium’) for the project that became Live! Tonight! Sold Out!!. There are those who are just going to enjoy gawping at said Dead Icon, but the whole thing is shot in so no-frills a fashion that I found myself switching to the CD the second time around. Here, I’ve got to gripe that the cuts made to accommodate everything on one disc renders it somewhat impersonal: no ‘More Than A Feeling’, very little banter, an excessively terse pace that takes away some of the concert ‘feel’." Says Thom Gibbs: "Grandeur suits Biffy Clyro, and their overblown songs manage to tug effectively on heartstrings despite their foibles. Their vibrant brand of ridiculousness is infinitely preferable to the mass emotional prescriptions of Snow Patrol or vapid truisms of Coldplay. It’s more interesting to get a crowd yelling something silly and possibly meaningless back at you than having thousands of people agree that yes, it is a beautiful day. I hope that their star continues to rise and they grow into the stadiums that these songs reach for."

DiScover Album Of The Month Says Robert Cooke: ""She is an old soul, like a black pearl, a good witch or a red moon," says Tom Waits of his children’s former nanny. But put this surreal celebrity connection to one side for a moment, as there might be more to this sentence than abstract wordplay. True, when Jesca Hoop sings she conjures up the wisdom of a woman who has lived a dozen lifetimes. Whether as a result of her humble Mormon upbringing or her years in the mountains of Arizona, there is a refined confidence in Hoop’s vocals that suggests a soul stacked with stories from the fringes of society; from the the very brink of civilisation."