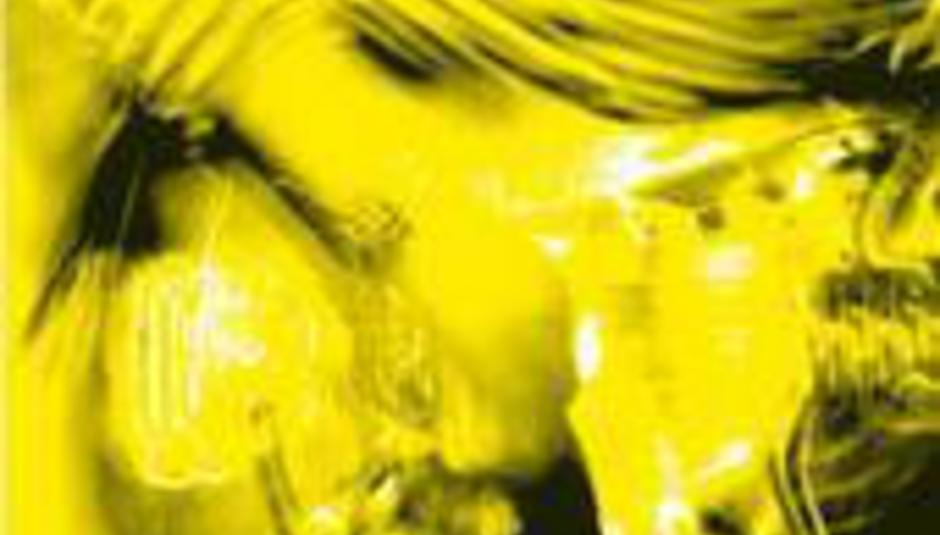 Four-and-a-half years ago, Nathaniel Cramp started a clubnight amidst a London scene still hanging off the remnants of The Libertines grotrock coat tails that was to raise more than a few eyebrows. Sonic Cathedral: The Night That Celebrates Itself was responsible for giving UK audiences their first opportunity to see the likes of The Radio Dept. and School Of Seven Bells, whilst simultaneously providing a platform for shoegaze luminaries such as Mark Gardener and Neil Halstead to relaunch their solo careers in more familiar surroundings.

From these initial forays into the London club scene the label, Sonic Cathedral, was born, and now, almost three years and a dozen singles later, including debut releases by Kyte and School Of Seven Bells not to mention seminal cuts by former Brian Jonestown Massacre collaborators Sarabeth Tucek and Miranda Lee Richards, Maps and the aforementioned M83, the label is about to take its first plunge into the albums market, the first of which, 'Cathedral Classics: Volume One', compiling the best of those early releases, is launched today.

What inspired you to start Sonic Cathedral?
I always loved Ride, Slowdive, Chapterhouse and, of course, My Bloody Valentine as a teenager and I never stopped listening to and loving their records. When a friend arranged a "baggy" night, I joked that the logical next step would be a night celebrating shoegaze. Then, when I actually thought about it, it didn’t seem like such a stupid idea; I’d heard The Radio Dept’s ‘Lesser Matters’, Engineers’ ‘Folly’, Ulrich Schnauss’ ‘In A Strangely Isolated Place’ and M83’s ‘Dead Cities, Red Seas & Lost Ghosts’ and they reminded me of all the original bands in some way. Fast-forward to October 23, 2004 and Sonic Cathedral opened its doors for the first time. It was supposed to be a one-off, but here we are…

It initially began as a club night, then progressed to being a label as well. Was that your plan from the start?
There was no plan at all – I hadn’t thought beyond the next day! Obviously, that first night when The Radio Dept played was a really special night and I realised straight away that I should carry on with it, but I’d never even put a band on before, let alone thought about releasing a record. It just grew and developed really naturally until a label seemed like the logical next step. I did a few dates around the country with former Ride frontman Mark Gardener; he’d had a solo album out and I asked him if he’d be up for me releasing a single from it with an Ulrich Schnauss remix and he said "yes". In the meantime, I had become friends with The Tamborines and somehow their single ended up coming out first and actually had Mark singing backing vocals on it.

“Sonic Cathedral is responsible for everything good that has happened in my career. Nat contacted me and asked to put out a single. It was the first time anyone had asked. Soon after the release the record became Single Of The week on Steve Lamacq’s show and I got signed. Sonic Cathedral is my secular temple.”
(Sarabeth Tucek)
---

The label is associated with the whole "shoegaze" genre. Is that something you wish to continue with future releases?
Obviously the club started as a celebration of shoegaze and all its influences and inspirations and the label grew out of that. There’s obviously links to shoegaze in releases by Mark Gardener as he used to be in Ride and Japancakes as they’re covers of MBV tracks, but I don’t think I’ve released anything that could be dismissed as merely shoegaze – it’s a bit more wide-ranging than that. There was a piece in Music Week recently that said Sonic Cathedral “used shoegaze as a jumping off point into a world of psychedelic pop oddity”. I thought that summed it up quite well.

Is there ever a worry that you'll be forever pigeonholed by the "shoegaze" connection?
I don’t think there’s any getting away from it with a label called Sonic Cathedral: The Label That Celebrates Itself! I don’t worry about being forever pigeonholed, it’s the very foundation of the label. It’s less fair on the bands though: to dismiss School Of Seven Bells and Kyte merely as shoegazers is to do them a disservice, as there’s a lot more to them.

You've put out early releases by the likes of School Of Seven Bells and Kyte. How did you persuade artists of that calibre to go with your label rather than more established outlets?
According to Nick from Kyte all it took was a bottle of red wine! If only it were always that easy! To be fair, both of those bands released their debut singles on Sonic Cathedral and have since gone on to bigger and better things. Kyte supported Engineers and as soon as I’d seen them soundcheck I was convinced enough to ask them, while Benjamin Curtis handed me a seven-track CD of School Of Seven Bells demos when the Secret Machines DJed for me and I loved it and asked if I could release a track from it.

“I remember quite a long time ago someone told me to check out Sonic Cathedral, and the gigs they put on. There were loads of really sweet posters on their website: Autolux, Amusement Parks, Howling Bells etc. So when Nat asked us to support Engineers at The Legion I think it was the first time we’d played London with a band I’d heard of. After we’d soundchecked Nat offered to put out our first single and we were so happy to do so. He gave us a bottle of wine, we were very pleased, it was as simple and easy as that!”
(Nick Moon, Kyte)
---

What has been your proudest moment and achievement with Sonic Cathedral to date?
With the label, I guess the proudest moment was holding SCR001, that yellow vinyl Tamborines single, for the first time – especially as it was fraught with problems involving physical threats and complete naivety on my part! Also, it’s been great to see the likes of School Of Seven Bells go on to great success.

Video: Sarabeth Tucek 'Something For You'

In your day job you're also a sub-editor for the NME. Do you see this as being helpful in the process of discovering new bands for your label or a hindrance in that your associations with both may sometimes be conflicting?
It’s just a job at the end of the day, I’ve worked there on and off for eight years. The two things are completely separate – Sonic Cathedral is essentially my personal hobby, not an extension of Club NME or something! Obviously, working there is a great way of hearing new music and also introducing people to stuff that I like too, which is important. It’s good to know you can make a difference, however small.

What are your forthcoming release plans for Sonic Cathedral?
Well, there’s the Sad Day For Puppets album ‘Unknown Colors’ out on June 1 and that’s preceded by a download only single – ‘Cherry Blossom’ – on May 18. Then, later in the year I’m hoping to release some stuff for an amazing new French band and I’d still like to release catalogue number SCR013, which is going to be covers of 13th Floor Elevators songs by a few cool bands.

“Sonic Cathedral is the only night I’ve ever been to where I’ve heard My Bloody Valentine’s ‘Loveless’ and Steve Reich’s ‘Music For 18 Musicians’ played next to each other in a DJ set. But that eclecticism is essential to the vibe – and what makes it so appealing. Sonic Cathedral has an Open Music policy, central to which is Nat and his taste in music. It doesn’t matter what genre the music is, because it’s always excellent, and it’s always intelligent. He’s more Curator than Promoter.”
(Daniel Land)
---

Are you looking to expand the label, or would you consider licensing it to a major in the future?
Not expand it as such, I’d like it just to continue growing naturally as it has been doing. Obviously some money would be useful, but not at the expense of any control over what I release. At the moment I’m only answerable to myself.

What has been the most difficult decision for you to make with Sonic Cathedral to date?
I suppose deciding to follow the compilation with becoming a proper label and releasing albums. Only time will tell whether it’s paid off!

The album 'Cathedral Classics: Volume One', which compiles the first eleven singles released on the label between 2006 and 2008, is out today (April 20th).

The next Sonic Cathedral is on 24th April @ St Giles-In-The-Fields Church, London, and features live sets from Neil Halstead, Gravenhurst and Holton’s Opulent Oog as well as DJ sets from Nathaniel and the Sonic Cathedral regulars.

For more information on Sonic Cathedral visit their Official Website and MySpace.