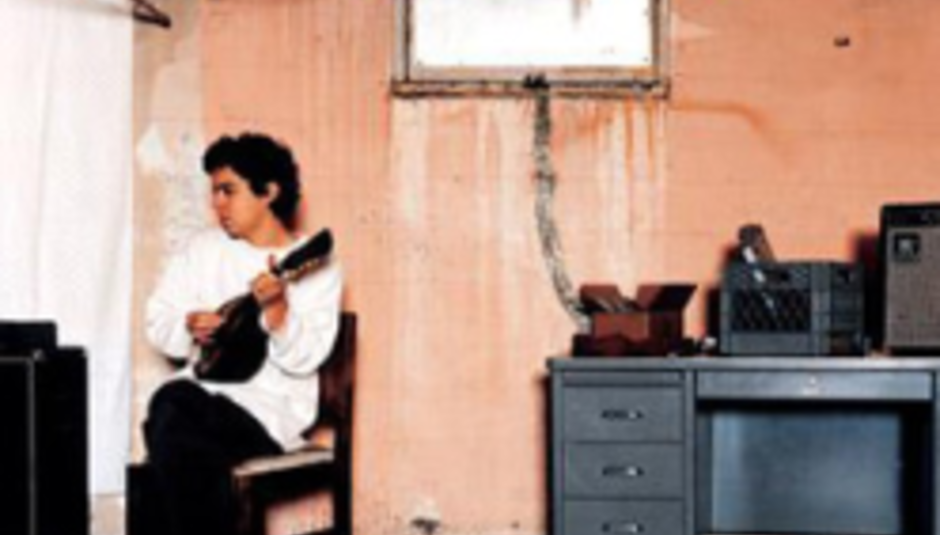 In Part One of our interview with M. Ward, we got a sense of how he feels about his forthcoming new album, Hold Time. In this second installment he offers his thoughts on deeper readings and contrasting interpretations of his songs, why he includes cover versions on his records, and sheds some light on a rather exciting future collaboration...

DiS: Wasn't that how you learned to play the guitar – with Beatles songbooks?

Yeah – they combined other guitar styles with their chords; they borrowed from…just so many places and times. You hear The White Album and it’s just so incredibly expansive – it’s something to shoot for, I think.

DiS: In terms of other stuff informing the new album, there’s a number of religious and philosophical allusions – and then poetry, mythology... Were any of these things more important or significant than the others in defining it?

Yeah, I think religion, time, and music – but more so the whole mystery of it, of inspiration – they’re all equally important, really: all combined in some weird way, for me, in my head – and I can’t really explain it in words, but music is…a way of finding those connections, and I like the mystery of how all those things are interconnected. 'Cause I know they are...but it’s hard to say exactly how.

DiS: Another thing, for me – I’ve already said how 'Epistemology' is indicative of those things, and the title track too, very much – but they could also be seen simply, as big, old-fashioned, heart-on-sleeve love songs.

Yeah – that’s another thing. I think all of those things I just mentioned, they all have a place in love songs. I like the simplicity – that after creating all these songs, and lyrics, then the production – that if a song is interpreted as simply just a love song, I think that’s great. If someone wants to dig deeper and find different things, I think that’s great too. I like that they receive different interpretations; it keeps the songs alive for me. I learn a lot from what people say.

DiS: You’ve done so many cover versions over the years – songs that have been popularised by all sorts of people, from Louis Armstrong to David Bowie – there’s the version of 'Oh Lonesome Me' on the new record, too. Is that a means of incorporating the sounds of other eras?

That, and I’ve grown up with these songs. They’ve been in my head for so many years and for some reason they don’t leave. So that tells me – experiment with the song, have fun with it in the studio...if it’s something that gains steam during the production, then that’s like a sign that maybe it should be on a record.

DiS: Some of them are fairly straight, whereas others are completely different – the Bowie cover, for example...

It’s kind of weird, yeah. You never really know what’s going to happen. I learned how to play guitar by playing cover songs; old songs, and nothing’s changed, really – I’m still learning that way. I learn about lyrics; about chord progressions, and production.

DiS: In terms of your guitar playing, was it completely self-taught from the beginning?

Yeah, from those Beatles songbooks – it’s a good way to learn any instrument, going through those songs, 'cause you learn every chord that you need to learn, basically. It's good education.

DiS: Returning to the collaborative nature of the new album – there’s a pretty wide cast on there, more so than Post-War even. Peter Broderick’s doing all the strings, for example.

He’s great. Very, very talented – very very young, which is a good sign of things to come. He was on the She & Him album too. He gets around! When he’s in Portland and there’s strings I need doing, I like to get him and Tom from DeVotchKa in together, 'cause I like the way they play off each other. They can do anything, really – I’m very lucky to have such great string players.

DiS: And Mike Mogis is all over the album – who, in a sense, you’ve been collaborating with for quite a while now...

DiS: I wanted to ask about that actually, and about how you guys all met – did Conor really just turn up on your doorstep one day in need of a guitar player to take on tour?

Well, yeah – we have the same agent, and were mutual fans of each other’s music anyway...they were on their way to San Francisco and...this is going back about seven years, let’s see... Yeah, so, I think he invited me to play with him in San Francisco, and they just happened to be driving from Seattle, and they offered to drive me, so I took it, on a whim, and I’m really glad I did. It was great.

DiS: The 'Monsters of Folk' project, involving you, Conor, Mike and Jim James – I was curious as to whether there are any plans with that for the future?

DiS: Me too. Is that the final name for you guys?

We don’t have a name yet – it’s such an unusual project, and we’ve got a lot of work to do. It’s hard as we’re all in different places in the world at different times – Jim’s in Australia right now; I don’t know where Conor is, I think he’s in Omaha…but yeah, we just – we make plans to see each other, and then we do, then we do our own stuff for a while, then we come back. So it’s definitely a slow process, but we love it – we all have a great time.

DiS: How was it working with Lucinda Williams?

Oh, amazing. She’s an incredible…I’ve been a fan of hers since high school. I’m just so in awe of her, and I’m completely thrilled to have her on the record.

DiS: I’ve still not heard her latest album. I though 'Blue' off Car Wheels... was a brilliant song.

That’s a great record. I think everything she does is great. My favourite album is one called Happy Woman Blues that she put out maybe 20 years ago or so – I’d recommend that one too.

DiS: This is a question that gets quite a contrasting reaction when I ask it generally but, is there a track off the new album that you’d say is a favourite of yours in particular – or particularly relevant, perhaps?

No...I see the record as a whole. I’m one of those guys that does that – it all fits in together for me, like puzzle pieces. I’m old fashioned that way.