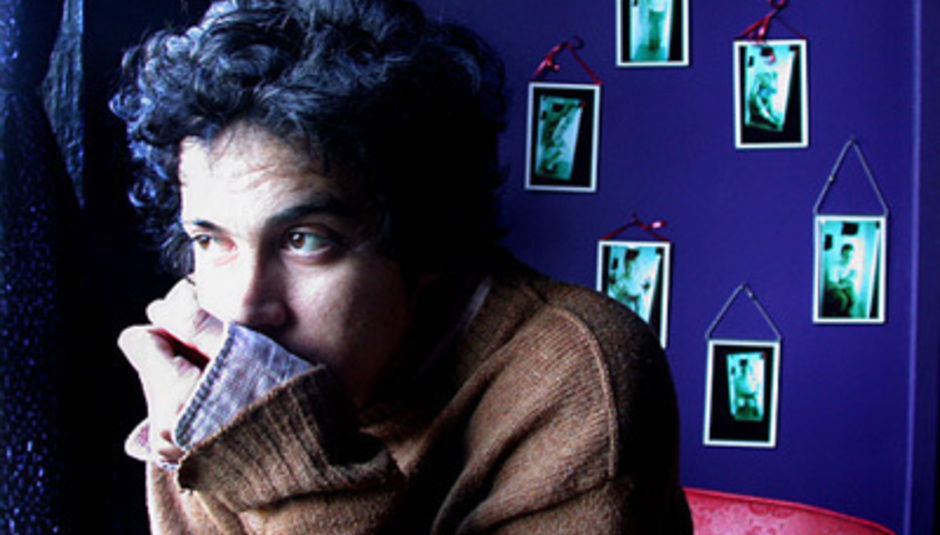 In the run-up to the release of M. Ward's terrific new album Hold Time, DiS felt it imperative we get the lowdown from the man himself. So, on a bright Monday morning in London (the eve of his countryman Barack Obama’s presidential inauguration) we spoke to him about the themes and inspiration behind the new album, how it relates to his previous work, and his thoughts regards taking it on the road.

DiS: Are you looking forward to taking the new album on tour?

I am, because I’ve had a good, healthy break. I haven’t been on tour for my own music for a year or so. Maybe more than a year – so that’s good; I feel refreshed and energised, I’m playing with a new drummer, so yeah – I’m excited.

DiS: You’ve got a European tour coming up?

A little bit of both – Europe and the US, starting in February in America. We’re playing the Borderline here I think. It's quite a small show from what I understand – then I’ll come back and do a few bigger shows. It should be fun.

DiS: Do you enjoy playing live as much as you do recording and producing music?

It's very different; like comparing apples and oranges for me. I don't have a preference really. Maybe to record, just because I can do that and live normally, whereas when I’m on tour I’m living in a place like this. I prefer the creature comforts.

DiS: I can imagine touring would be a fairly hectic lifestyle?

It's bad if you do it too much. But a month here, a month there – is nice.

DiS: Will you be bringing a full band over?

DiS: Are they all players on the record?

Some. We've got a different drummer, who I worked with on She & Him – he's drummed for Beck as well. His name is Scott McPherson, and he’s a very good drummer, so I'm excited to work with him.

DiS: I've only ever seen you play at the Green Man Festival, a few years ago.

Oh, okay – a couple of those people will be with me. Mike and Adam. And then I’ll have a new keyboard player and Scott on drums. A little bit of old, a little bit of new…

DiS: It’s quite a broad question, but now that the album’s all ready to go, how do you feel about it?

It’s...I finished it a long time ago, so I’m a little bit – you know, I’ve sat with it for a long time and I’ve been doing press for about a month and…yeah, I’m really happy. I’m learning what it’s about through talking to people about the record. I’m happy it’s done! It took a long time, so that’s always satisfying too.

DiS: I’ve listened to it a lot this past week, and it struck me that – while I wouldn’t go as far to label them "concept" albums as such, Transistor Radio and then Post-War were both themed, to a point: about AM Radio, and about returning to the sound and ideas of certain eras. Whereas the new one feels a bit... looser, thematically, I guess.

DiS: I mean, I certainly picked up plenty of strands, but there didn’t really seem to be an overarching theme.

I didn’t want it to strictly be about..I didn’t think it needed any kind of strict arc, or theme. Most of the songs, to me, are about inspiration, or the question of it – or the mystery of it. I wanted to try something new on a production level too – which is to try and put together these two sounds that I’ve been working on over the last few years – the bigger, richer, orchestral sound, and the cheaper sounding sounds more based around the guitar – to combine those sounds. And so it was an experiment. It was fun.

DiS: Certainly, it's a gorgeous sounding record. I think – since Duet For Guitars, each album has become slightly more expansive in its own way...

DiS: And on the whole, it sounds fairly relaxed. It’s called Hold Time, and the title track isn’t so much a departure, but it’s definitely slightly different to a lot of your stuff...

Yeah absolutely; it was an experiment for me – to just have something be vocals, strings and keyboards. I’d never done that before. Every song was an experiment, and I’m pleased with how it turned out.

DiS: And you made the video for that song as well, splicing all that footage together? It suits it really well.

DiS: Thinking about that song – what it’s saying, and then another like 'One Hundred Million Years' – I was thinking about the concept of time as something that might have informed the album. And a sense of timelessness, as well?

Yeah, absolutely. That’s definitely something people are pulling out of it; I certainly put that into it. A lot of the time I’m not aware of these things ‘til some time passes, but playing with time itself is something that I love to do with records. It’s fun to have jumps in chronology for me. I think that’s why I like to have cover songs in there, to bring in ideas from different eras. And...yeah. I like it when you can finish a book and feel like you’ve experienced something that’s lasted longer than a day, month or a year. Something that feels like generations, you know? And I think a record – records – are capable of doing that, but you don’t hear it very often. I mean, The White Album – The Beatles did it all the time, and that’s an inspiration obviously, The Beatles – since day one for me.