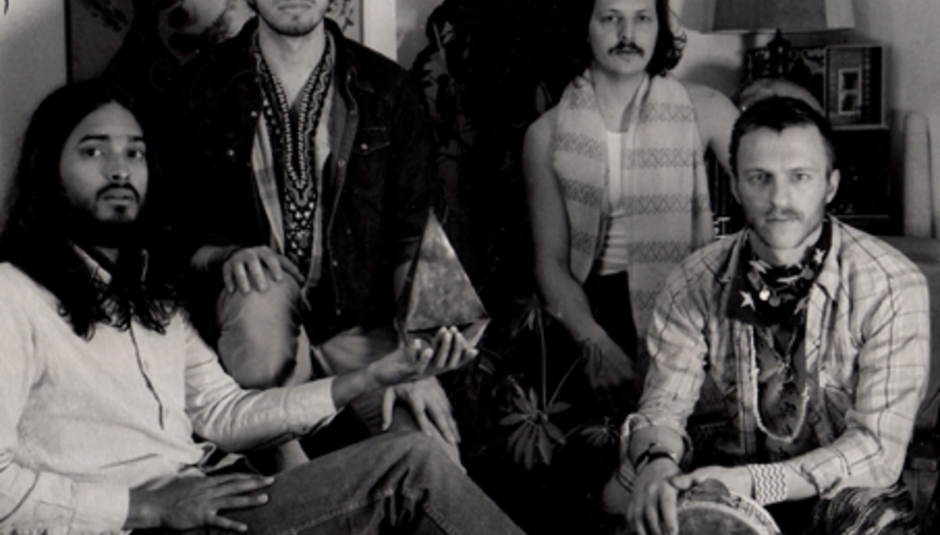 Yeasayer: from nothing to somewhere, quick sharp

Yeasayer: from nothing to somewhere, quick sharp

This time last year, Brooklyn four-piece Yeasayer were looking for a label and distributor to put out their soon-to-be finished debut record.

Now, some 12 months later, they find themselves as one of 2008's hottest tips to break through into the more commercial sectors of the music world. Surely nobody, least of all the band themselves, could have seen the acclaim for the band, and their subsequent ‘buzz’ status, coming back then.

Having been celebrated by this very website as far back as last August when they played our DiScover Club in London (we then DiScovered them properly in October), their progress has been nothing short of phenomenal since, the first wave of adulation directed the way of their outstanding limited-edition single ‘2080’ / ‘Sunrise’ (review). When that debut, All Hour Cymbals (review), was released in November, it attracted glowing reviews from just about every publication known to man, and ultimately ended up in DiS's Top 50 albums of 2007.

Next month sees the band return to these shores for a series of DiS-sponsored headline shows; later in 2008 they'll be back again, having already been invited to appear at the ATP vs Pitchfork weekend in May and also at this year's The Great Escape, held over three days in Brighton.

DiS catches up with the band’s singer and keyboard player Chris Keating and bass player Ira Wolf Tuton (the band is completed by Luke Fasano and Anand Wilder), midway through a Stateside tour, to talk about their heady rise, records both old and new and the next Yeasayer, amongst other things.

2007 was an amazing year for the band, having gone from virtual unknowns outside of your Brooklyn base to being one of the hottest tips for 2008. Do you feel under more pressure to deliver now?
Chris: I still feel like we are relative unknowns. I don't feel pressure. It's nothing compared to the pressure Radiohead must feel when they are working on a new record.

Although the press are onside at this moment in time, does it concern you that they may change their opinion of the band in the future? The dreaded backlash…
C: I'm sure they will. The only thing I'm worried about is getting criticised for remaining stagnant. We've gotten our fair share of bad reviews and I expect that there will be more, especially if we aren't doing our job and keeping people on their toes.

You're back in the UK next month for your biggest headline tour to date. Does it feel strange to be touring a record that was written and recorded in 2006?
C: It takes some people a while to catch on. I mean, at our last Manchester show there were 12 people there, so we're giving everyone a second chance. And if that doesn't work we'll tour until it sticks.

There’s a single coming to coincide with the tour – will it feature any new material?
C: Yeah, we just finished a video for 'Wait For The Summer', and we recorded that song for a 7" that will have a previously unheard b-side.

When I saw you play Nottingham in November last year, a lot of the songs from All Hour Cymbals seemed to take a different shape to how they sound on the record. Bearing that in mind, would the album sound any different if it was recorded today?
C: I'm sure it would sound different. We are constantly evolving as musicians, changing what we want to do and second-guessing ourselves.

By the time the whole tour finishes in May, you'll have been on the road for the best part of a year. Are you looking forward to going home and relaxing for a while or is there still more to come this year?
C: I think we are all looking forward to going back into the studio. Being on the road is somewhat unproductive. It's so much driving, so much unproductive down time.

Will you be playing any new songs on this tour?
Ira: We have a few songs that we pull out that aren't on the album. Chris brought a song to us called 'Tightrope' that we've been playing. Right now we're not quite sure how we're going to release it. It will probably come out as a single in the coming year, before our next album. And we're also working on a few other arrangements. Which leads us to the second album: have you started writing and recording the follow-up to All Hour Cymbals at all?
I: We write whenever we aren't on the road and we are all recording and writing in our respective studios. As far as I can tell we have always been working on the next album, as well as the one after that. It is just a matter of creating a cohesive project. We have some singles planned for release this year and our ‘sophomore effort’ should hit soon after that. I think we all agree that we need to keep producing and changing for the duration, and never become complacent.

Will you be doing anything differently this time such as recording it in any different way, or using another producer compared to how you put together the first record?
I: The first album was an incredible learning process for all of us. There are things that I want to repeat and other things that I will never do again. Our equipment has changed, and our process has evolved. We will have some different personnel on this next album, and the songs will dictate a somewhat different style of production. I think it is vital to a group to continually refresh its techniques while distancing itself from the limitations that any preconceived necessities may have on a recording.

All Hour Cymbals is a melting pot of so many different sounds. Will the next record be even more diverse, or maybe tailored to a more focused, singular sound?
I: Diversity is the key, but it can be disastrous in music if you don't have any focus to it.

As well as Yeasayer, Brooklyn seems to be a real hotbed of talent at the minute, with the likes of Effi Briest and MGMT breaking through. Do you all hang out and collaborate with each other, or is it mere coincidence that so many good bands are breaking through?
I: We are currently on tour with MGMT. I think their band is great, but I also love hanging out with those guys. They are good people and that helps a lot when you're on the road for months at a time. We are friends with some great bands in Brooklyn. It's pretty saturated with interesting and productive people. But as far as collaborating goes, I think we do, in so much as we support and push each other in our own endeavours.

Are there any other good bands currently writing and performing in and around Brooklyn that we could be calling ‘the next Yeasayer’ sometime soon?
I: There are so many: The Dirty Projectors, Quinn Walker and Suckers, Chairlift, Dragons of Zynth, Fang Island...

I see you have been confirmed to play the Hove Festival in Norway at the end of June. Are there any other festivals which you will be doing this summer and if so any that you are particularly looking forward to?
I: I think Scandinavia is gonna be a blast. That part of the world has been really good to us and I finally have an excuse to go. Pitchfork ATP is another one I'm looking forward to. To be honest with you, though, I don't really know where else we are playing over the summer. My job is to get on the plane and live in the moment as best I can once I get to wherever it is we have the show. But the experience of meeting so many kind-hearted people that are grateful and open to what you do halfway around the world is both awesome and humbling. One of the greatest things about this summer is that we will be a lot warmer than we are right now!

Finally, if you had one word each to describe Yeasayer, what would it be?
Both: Obama '08!

The single 'Wait For The Summer' is out as a download on March 10 and on seven-inch vinyl the week after via We Are Free Records.

For more information on Yeasayer visit their MySpace.