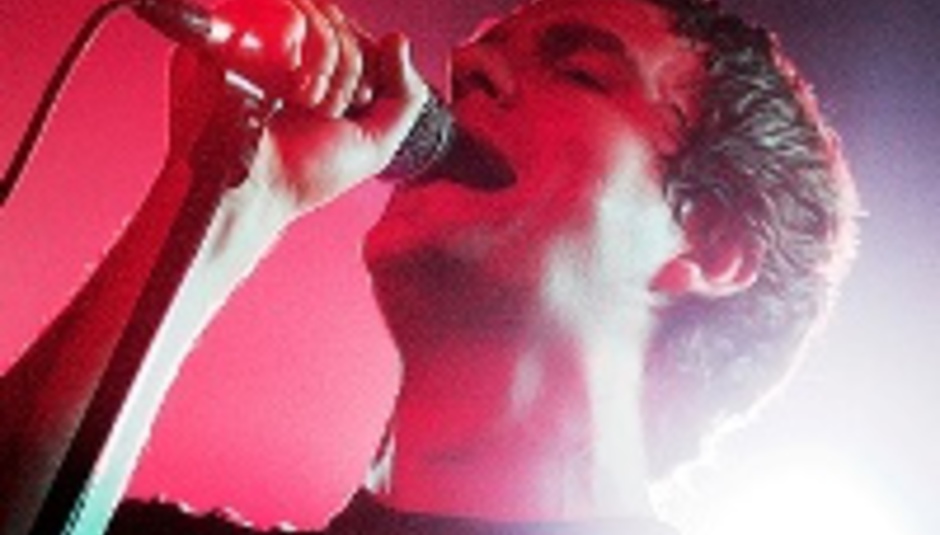 Michael Parkinson and Arthur Scargill apart, Barnsley doesn't exactly conjure up images of much more than bleak winter mornings reminiscing about the early shift at Goldthorpe Colliery. Yet this is where our story begins.

A slight re-location to Sheffield later and the wheels were in motion. Now they look set to continue through 2008 as one of the UK's brightest new bands. Stratospheric aims don't seem so far away.

DiS caught up with the band prior to the start of their biggest tour to date, culminating in the release of debut single 'Higher Learning'. Calmly does it... You were virtual unknowns this time last year, yet now you're a hot tip to break through in 2008. What do you think has been the main reason for this?
Simon: It took us a few months to get ourselves sorted out. We were just writing to start with, but knowing what we wanted to do and how we were gonna go about it. Thankfully we've got involved with the right people who believe in us and know where we're heading. But the main reason is because we give a fuck and I think it shows. We're not temporary and we're not a quick fix.

DiS recently described your sound as being "music crafted by angels with the souls of devils trying to break free of the purgatory of modern life". How would you describe it?
Rob: It is probably best for other people to describe... nah, fuck it, vital as fuck! Or as Mike Scott (of Waterboys fame) once said, “Big music for hearty souls”.

Nick McCabe from The Verve is known to be a fan, and rumours have been rife for a while that you are being lined up for a support slot on some of their upcoming dates. How did this come about?
Simon: He came to us at a show we played last August and kept in touch ever since.
Scott: It's a massive compliment that someone like Nick is into our band, and to be put into the frame of supporting The Verve is phenomenal. But there are other things behind closed doors that have nothing to do with bands liking bands, just record company politics. I also think that once something like that gets mentioned, people run away with the idea and before you know it, it’s signed and sealed in their minds.
Nicky: Nick just coming out and seeing us is enough anyway.

You've recently enlisted the services of John Dawkins, The Enemy's mentor among others, as manager. How did you meet him and how much do you think this alliance has contributed to the band's subsequent recognition?
Nicky: We had a bunch of managers to choose from, but John just walked it really. He's on the same page as us – he knew what we wanted to do and how we wanted to do it before we even told him.

Live, you’ve an intensity very few bands can come close to, particularly from singer Nick Smith, who seems to live and breathe every word while performing. Is this part of his/the whole band's persona, and if so would you say that's what drives the band on?
Nicky: I mean every word I sing, Rob and Sime mean every note they play and Scott means every beat he plays. We mean it. No fucking about.

Next month sees the release of your debut single 'Higher Learning'. You've chosen to release this via highly regarded underground label AC30 rather than go with a major. What influenced your decision?
Rob: When we first spoke to Robin Allport from AC30, one of the first things he said was that if the 7" sells out we would still end up losing money. People with that attitude are in a minority, in that they're doing it for the music rather than the money. It's why we love them and what they do. Somebody less interested in lining their own pockets for the sake of what they believe in. We wanted this to be less like a single release and more of an old-school first release. Vinyl only, a one-off and limited.
Simon: It's no big arrival statement, it's more of a nod to people who know about us.

'Higher Learning' contains the lyrics, "I've got no time for the music on your radio / It's never enough". A statement about the workings of the modern music industry, perhaps?
Nicky: I hope the words have more than one meaning because they are for more than one person. I think at the time I was on about people's heads, but if the general consensus is the literal one, that's fine with me.

Are there any plans for a follow-up single or album, and if so can we expect to see these on AC30 also?
Scott: There will be follow ups and we really want to get the album sorted. As for labels, we don't know yet, there are things going on so we'll have to wait and see.

Finally, are there any other bands out there who you think we should be DiScovering, bands that aren't getting much attention at present?
Scott: Nova Saints.
Nicky: Lowline - 'the sound of music'.
Rob: The Shaiyans.
Simon: A band called Hijera, they deserve more attention. The Glavins from Barnsley, too. Its early on for them but they're mega songwriters.

- - -
Exit Calm will be on tour from the end of January calling in at:

For more information on Exit Calm visit their MySpace.