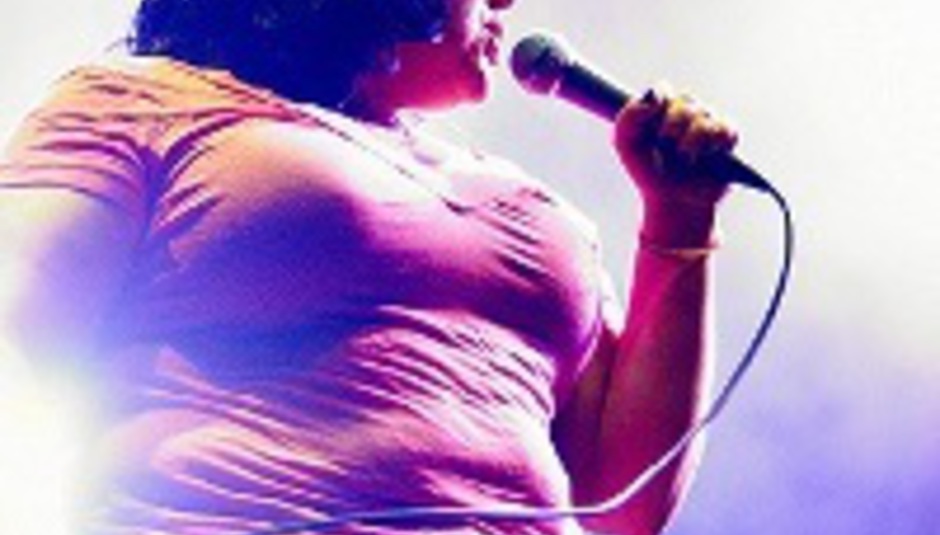 "I think the backlash against us is inevitable": DiS meets The Gossip

"I think the backlash against us is inevitable": DiS meets The Gossip

Three albums and eight years old they may be, but it's fair to say that the vast majority of minions inhabiting Planet Pop had never heard of The Gossip until last year, at the earliest.

The elevation to tabloid style icon and late-night TV presenter of singer **Beth Ditto (pictured) has ensured that her band are never out of the glossy magazines for long. Add this to the fact that last year's 'Standing In The Way Of Control', whilst being released as a single on three separate occasions, also ended up sound-tracking everything from Channel 4 teen dramas to Paris fashion week and beyond, and you’ve something of a winning formula. From underground punk nobodies to chart-bothering somebodies, The Gossip’s rise has been sudden but expertly managed.

The last twelve months must have been quite surreal to say the least. How does it feel to be officially famous after all these years?

Hannah: It's weird, but I guess it's cool, too.

Beth: We're preparing ourselves for the downfall. I think the backlash against us is inevitable so... I can't wait for the backlash, actually, so we can stop working!

It must be bizarre to see yourself quoted in tabloid newspaper gossip columns though Beth...

Beth: I can honestly say that I've never said one thing to the tabloids, not one thing.

Nathan: We don't tend to read what the tabloids print anyway. It's something we try to avoid.

*Beth: * Whatever they write, whether it be good or bad, I don't really care...

Nathan: They're such a joke.

But surely when people are taking photos of you out on the town with the likes of Kate Moss, you must have a pretty good idea where it will end up?

Beth: That only happened the once. I think the whole celebrity thing is what freaks me out the most, and I don't know what it is here in the UK but that's what a lot of people really seem to get off on. In the United States it's not so much of a big deal, but here... everybody just goes ape-shit! I think the worst part is when you've got people who just lie.

What sort of lies have been written about you in the press?

Beth: Just recently there was a lot of bullshit written about me and Angelina Jolie. They basically put that she was bisexual and supposedly had a thing for me and the whole thing... Well, for starters, I've never even met Angelina Jolie, and why should she care about someone like me anyhow? It's the people reading it that seem to care. They're the ones who take it as gospel because some crappy newspaper or whatever has printed some bullshit story that just isn't true, and that's what is so sad.

You must get particularly annoyed that people would rather write about stuff like what you've just described rather than concentrate on the band's music?

Beth: You see, that's not true of everyone. Yeah, the tabloids are like that, but the real music press, people in fanzines, people who write web blogs: they're gonna write about whether they like The Gossip's music rather than what celebrities were supposedly hanging out in some club or whatever. Lots of people are only interested in talking about the music. Intelligent people would rather discuss our records than our private lives.

Nathan: To be honest, you shouldn't expect too much from the glossy, style magazines anyway. Heat is murder!

Hannah and Nathan: how do you feel with so much of the attention being focused on Beth rather than the band as a whole?

Hannah: I think I'm more comfortable not being in the media spotlight. I mean, I do want us to be seen as a band, but at the same time I think it's really natural for the singer to get more attention than the rest of the band.

Nathan: Plus, we get more days off because Beth is doing more interviews and photo shoots, so that's a positive too!

Beth: Nathan, you're so jealous!

The last time you played in Nottingham was in 2003, with Milky Wimpshake, at The Social. Do you get overwhelmed by the fact you're now selling out venues nearly ten times the capacity?

Beth: Yeah, it can be really weird, not least because the demographics of our fanbase have really changed from then, too. It's like now, we've got a large teenage fanbase that probably aren't even aware of our first two albums, and to play the likes of 'Swing Low' in these massive halls to a thousand or so blank faces can be daunting at times.

Musically, the band has progressed somewhat over the course of your three albums. What can we expect with album number four?

Beth: I don't know, to be honest. I mean, we've got a few ideas and some pieces half-written, but we've just been so busy touring the Standing In The Way Of Control album for so long now that we haven't got round to thinking about it yet.

Hannah: I think it's a natural thing how the songs tend to evolve anyway. There's no concept involved; things just take their own course.

Now you're seen as an international commodity, is your record label becoming more demanding about when and what you should be releasing?

Beth: Even though we've just signed to a major, everyone knows that when you've been together for eight years, and you've slowly graduated from playing tiny shows to the level we're at now, it's best not to fuck with that.

Hannah: I think when a band is only six months old and becomes an overnight sensation after one single, then a label will probably have a lot to do with what direction the band will take next.

Beth: The reason why they'll do that is because that one song probably stands out way above the rest of their material and the band haven't had time to really develop their sound yet. I mean, every band has their own idea of who they are and what they want to be, but where you actually end up can only be achieved over time, and sometimes needs guidance from a record label. I know of many bands who thought they were one thing after one single but six months later ended up being something completely different.

Do you think The Gossip have found their own niche?

Hannah: I don't think so, no. We've never really set out to be one type of music, and I think the range of influences that all three of us bring to the band means we'll never just slot into any kind of niche or market.

Beth: That's right. I mean, I can tell you everything you need to know about mid-‘90s R 'n' B like SWV and TLC, but I don't think that necessarily comes through in our music.

Nathan: With me it's about The Fall. Anything with an energy to it, really.

Beth: I think it's annoying when people only like one type of music.

You've started playing George Michael's 'Careless Whisper' in your live set recently. Is this one song that you all agree on as a favourite?

Hannah: It is one of our favourite songs of all time. We originally did it for a Radio One session over here with Jo Whiley, and we liked how it turned out so it looks like it's here to stay. For the time being, anyway...

Beth: Listen to those lyrics man, they're so good. "I Never want to dance again, my guilty feet have got no rhythm." I mean, wow! It really is one of the most amazing songs ever written.

Nathan: Those lyrics are more emo than... emo!

The Gossip’s next single, ‘Jealous Girls’, is released in August, and the trio play the Reading and Leeds festivals at the end of said month. For more information on the band, and to check out their forthcoming tour dates, click to the band’s MySpace.