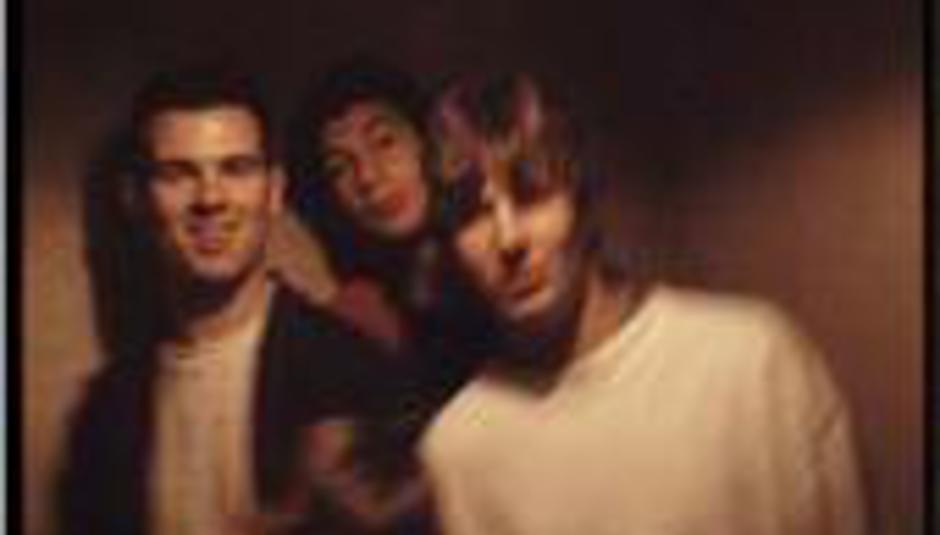 The Sound Of Indifference: Northside Return…

The Sound Of Indifference: Northside Return…

Once upon a time, the new sound of Manchester changed the face of independent rock music – in Britain at least – in that traditional songwriting, inventive guitar sounds and the rising tide of dance music were all embraced as one.

Of course, the tabloids jumped on the bandwagon quicker than you could say Joe Bloggs, and it was all over pretty much before it had started. Its leaders, The Stone Roses, went into a self-imposed hibernation; right-hand men The Happy Mondays descended into rehab; and the rest of the loose-limbed brigade were left floundering like fish out of water, no longer viable fashion accessories or sellable assets for the editors of London’s style magazines.

One of those bands were Northside, initially derided but now seen as being one of the most misunderstood, and dare I say underrated, groups to emerge from the fall out of the 'baggy' scene.

Northside were formed in the early part of 1989 by best mates Warren ‘Dermo’ Dermody (vocals) and Cliff Ogier (bass); the core duo were later joined by Paul Walsh (drums) and Michael Upton (guitars – although he was replaced by Tim Walsh prior to the release of first single ‘Shall We Take A Trip’). Their career – if you can really call it that – lasted for all of three singles and one album, yet for a few short months during the summer of 1990, with a newly inked deal with Tony Wilson’s Factory empire behind them, Northside seemingly had the world in their hands.

Now, fifteen years after their demise, Dermo has chosen to resurrect the band for one final tour this December - dates follow the interview. A case of unfinished business? Let’s ask the man himself...

“I think the main reason why I wanted to do this tour was down to the increased interest our records have been getting just lately. I mean, several clubs in Manchester are playing ‘Take 5’ (the band’s third and final single), and by all accounts the response has been phenomenal, particularly from 18- and 19-year-old kids that wouldn’t have heard of us first time round.”

So does that mean then that you're not interested in reforming from a purely nostalgic point of view?

“Not really, no. I’ve got my Silent Partners project which I’ve been working on for the past couple of years now, so I don’t see the point in reliving the past for the sake of it. It’s as if we’ve become this strange cult phenomenon overnight. All of a sudden, Chicken Rhythms (THE album) is being cited as a 'lost classic'! It’s bizarre to be honest, but good all the same.”

Yep, there’s also the point that in view of the surge of interest in Northside, Chicken Rhythms, the band’s long-deleted debut album for Factory, is about to be re-issued on CD with assorted b-sides and live tracks. Sadly, no tracks from the band’s 'missing', never-been-heard-anywhere second album appear. Did I mention the missing album? Dermo takes up the story…

“We took some time out at the end of 1991. It was a strange time for me, personally, because we’d been touring all over the world, playing to packed-out halls in places like Japan and selling shedloads of records, and yet there were a couple of personal tragedies in my life that overshadowed it all. I suppose looking back, we were all kids from this council estate in Manchester and all of a sudden we found ourselves thrust into this life of luxury.

"Anyway, we recorded several demos – the progression in our sound, particularly with the vocal harmonies, was barely recognisable from Chicken Rhythms listening back to them – and even had a planned release date and catalogue number for the first single, but the implosion of Factory Records coupled with a spate of internal squabbles within the band, not to mention the impending arrival of Kurt Cobain and grunge, put paid to the record seeing the light of day, and even up this present moment in time, it still remains unreleased.”

But surely if the tour is a success, and the re-packaged debut album flies off the shelves with wilful abandon, the record will get a release, yes?

“Hopefully. It is my intention to put it out eventually, but everything’s got to be right first, and of course it makes a difference if there is a genuinely appreciative audience wanting to hear it.”

Back in the day, Northside weren’t exactly darlings of the press, to put it mildly.

“I think we were too blunt with them. They were always trying to put words in our mouth, trying to push us for some story about scallies stealing cars or dealing drugs, when all we ever wanted to talk about was our music to be honest. I think they found that quite boring, and definitely not what the London media were used to with the other northern bands of the time. In turn, we became sceptical of them, and used to sit through interviews stony faced, barely saying a word to each other let alone the journo who was meant to be interviewing us! I think that may have been the start of our downfall in terms of bad reviews and stuff…”

Of course if Northside had been starting out now – and let’s face it, their image, attitude and musical styles draw obvious parallels with the likes of Arctic Monkeys and The View – things might have been a lot different, what with the advent of MySpace and internet usage within the music industry. Do you look at what’s happening now and regret the fact that Northside missed out on something so groundbreaking as MySpace?

“No not at all. I mean, MySpace has been a godsend as far as new music is concerned, in that it creates a word-of-mouth-type vibe without being overly exclusive, so anyone can hear a new artist if they choose to do so.”

What about new bands who are coming through today? Can you hear any of your sounds being replicated or used by other bands at the moment?

“There are loads of really good unsigned bands out there at the minute – The Reason and The Children are two that spring to mind – and the great thing is that because of the web getting a record deal is no longer the be-all and end-all, as you can build up a good following and reputation on the live circuit without having to go through managers and agents first. As for our music, I guess no bands would ever admit to having a 'Northside influence' because we were never considered that cool, but when I listen to the scratchy guitar sounds of people like Bloc Party – we were massive Talking Heads fans and their music was a huge influence back then – I know where they’re coming from almost instantly. Likewise, I’d also be surprised if Oasis hadn’t heard our second album – they were just starting out as we were splitting up and they approached our manager at the time – as the big, layered guitar sound that punctuates Definitely Maybe was quite evident on our record.”

Finally, with the tour coming up, what can we expect from the 2006 version of Northside?

“Obviously the bulk of the set will be made up of Chicken Rhythms and the singles, but expect one or two unreleased bits as well. I’m not sure at this stage what the full line-up of the band is going to be but I know that we’re gonna be a damn sight more focused, and dare I say professional, than we were back then!”

Northside played their first show for over 10 years at Leigh Bar Bliss on November 30th. They tour in December, calling in at: