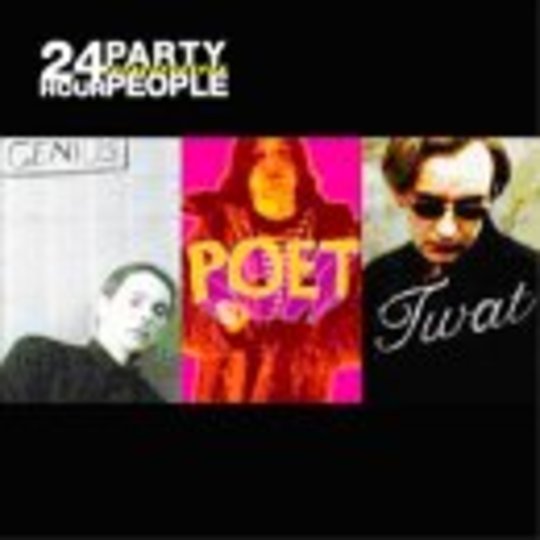 If the story of Factory Records was a film, you wouldn’t believe it.

When I heard that the story of Factory Records was going to be made into a film, I didn’t believe it.

The film opens, rather incongruously, on a hillside, desolate, where roving TV reporter, Tony Wilson (Steve Coogan) is about to launch himself off into the frosty Granadaland air on hang-glider. He is filming a lightweight end-of-news report for Granada television, but to Wilson it has extra significance, “It works on two levels“ he attempts to explain, but not to his television audience, but to _us_, the cinema audience in 2002, talking directly to the screen about what the film we are about to see will be about.

So, not only has Winterbottom immediately destroyed the ‘fourth wall’ that suspends audience disbelief and keeps them as detached voyeurs, but he has also set out the tone of the film - playful, knowing, self-referential and just ever-so-slightly anarchic - fittingly just like it‘s main character. To borrow one of Coogan-Wilson’s phrases, it’s ‘post-modern’ while, at the same time self-mockingly knocking it’s own post-modern pretensions. This film doesn’t want to have the cake but still wants to stuff it’s face anyway. Good, good.

Shot quickly and cheaply on small digital video cameras, it’s a knockabout whirly ride that crashes about all over the shop whilst still managing to capture the sights, the sounds... the smells of Manchester, the music and the man.

FAC1: Here are the young men, the weight of the world on their shoulders

First pivotal scene: Manchester Free Trade Hall 1976, the Sex Pistols play to a meagre crowd. This is the room, the start of it all. For in that crowd are Howard Devoto and Pete Shelly, an embryonic Joy Division, Martin 'Zero' Hannett, Mick Hucknell, Jon the Postman and, our narrator, Tony Wilson.

It is the birth of punk, of indie, and Wilson is it’s midwife. From here, while still working as a reporter for ‘Granada Reports’, he sets up the Factory record label, working, initially from the back room of the Hulme working men’s club (whose owner is played by Peter Kay. A lot of comedians in this film).

With clanging (and accurate) false-modesty Coogan-Wilson claims “this film isn’t about me, it’s about the music“. Rubbish of course, he’s rarely off the screen. Those times that he is though are mainly in the re-creations of the various band’s live performances. First up: first Factory signing Joy Division. I see danger.

John Simm is okay as Bernard Sumner - I’m preparing myself to forgive him for the atrocity exhibition that was ‘Human Traffic’ - he doesn’t seem to have quite mastered Sumner’s idiosyncratic, halting vocal patterns but he doesn’t say a lot anyway, so that’s alright. Ralph Little plays Peter Hook. THIS IS THE WORST CASTING DECISION EVER. Peter Hook has always, even in 1978, looked like a bronze-age chieftain. He certainly didn’t look like that twunt off of ‘The Royale Family’. No matter. Relative newcomer Sean Harris plays Ian Curtis and, God bless him, he does a fine job, an impossible job, he does the job.

The only mistake? Sadly - or maybe gladly - it’s an underwritten role, and it’s one that takes the tack that - hey - Curtis was just an ordinary guy, y’know! And so, as such, he comes across as a little dim, an average schmo. Fine, I have no problem with attempting to de-bunk the mythology surrounding Curtis, because he certainly doesn’t deserve the role as untouchable martyr (no matter how much Curtis himself flirted with that role himself when he was alive). But at the same time why try to deny the man’s intelligence, his emotional depth and the frightening, unique talent that created the likes of ‘Decades‘, ‘She’s Lost Control‘ and ‘Heart and Soul‘? If the film makers had really wanted to get the measure of the man then they should have also confronted the fact that he was a bit special as well as being Mr Ordinary Bloke. I mean, if they are going to label him a genius on the poster then they should have gone on to explain how or why he was a lyrical writer of rare power, but having him staring into the middle distance every now and then won’t do it.

Actually, the poster has the words ‘Genius. Poet. Twat.’, any of these could have been used for Curtis.

For the JD live scenes, Harris, mercifully, mimes but captures the jerky attack of Curtis’ stage performance and even does a passable attempt at the ‘dying fly’ dance. It works, dammit. Danger diverted. But, my God, my heart did a tumble at seeing Joy Division on the cinema screen, hearing the opening bars of ‘Digital‘...

The film tears through Joy Division’s career - gig, funny dancing, we’re not Nazis! Ian’s having an eppy! We’re going to America! Oh hang it all, Ian’s dead - while taking time out to chronicle Wilson’s wife’s, and his own, infidelity. Other Factory bands The Durutti Column and A Certain Ratio play to an empty Haçienda - Wilson‘s newest, latest folly - and get amusingly mocked. And a young Shaun and Paul Ryder feed hundreds of pigeons rat poison then watch them fall from the sky.

Curtis’ pathetic suicide scene is somewhat botched but still it manages to capture the empty uselessness of it all. This is followed by a short clip from Anton Corbijn‘s astonishing video for ‘Atmosphere‘, the startling and strangely chilling imagery of which helped create the romantic tragic myth of Curtis that this film otherwise tries to steer clear of, which is a bit scrappy, to say the least. And so it goes for the following chapel of rest scene, “You daft bugger“ Wilson tells Curtis’ corpse before trying to persuade Paul Morley to now write ‘the book‘ on JD/Curtis, much to Morley‘s disgust (Morley played by Simon Pegg - THE SECOND WORST CASTING DECISION EVER - though, to be fair, Pegg is actually credited as merely playing ‘Journalist’, but his character is Morley, trust me).

Still, despite Wilson’s clumsy insensitivity, the final scene between manager and charge is quite touching. From a distance.

To the death. Of Factory, of Hannett, of the Haçienda, of acid house.

I guess that dreams always end. But while the final part of the film features the wild drugged-up capering of the Happy Mondays, the last hurrah of ‘Madchester’ and the swift disintigration of the indie Empire, it’s with Wilson’s final acts of ridiculous hubris that the film rests.

Tony Wilson: why are people grudgeful? The Pyrrhic victories, the glorious defeats, the un-budgeable idealism, the genuine altruism. The consuming passion for music and love of contraryism (two of my favourite things), surely this eccentric, foppish, infuriating fool is a hero? A saviour? A defender of the indie faith?

Coogan is simply superb as Wilson - by now Anthony H Wilson, just to irritate further those already irritated by him - sending up the idiot savant with customary aplomb while retaining the mans well-meaning humanity, even when making decisions that would drive Factory to destruction: sending the Mondays on a crack-cocaine fuelled holiday to the Bahamas to record the dismal ‘Yes Please‘ - without the vocals; New Order draining recourses while dithering over their new album in Ibiza; spending money on a zinc roof that no-one can see; no entry fee to the Haçienda - “my gift to the people of Manchester“ - and spending 30,000 pounds on an over-designed MDF table over which a continually exasperated Rob Gretton finally snaps and attacks Wilson.

Meanwhile Madchester raves on. The clubbing scenes inside the Haçienda are terrific, it’s rare that clubbing scenes are accurately represented in movies, never, in fact. But ‘24 Hour’ thankfully captures the essence of those heady nights; the ambiance, the crowd, the sound, the thrill, and we could DAAAAAAAANNNCE! Dancing, laughing and finally living.

Then the drugs, the guns and the gangs move in and suddenly it’s all over.

With depressing inevitability Keith Allen turns up like a bad penny, or perhaps like a bad actor (“put me in this film or I’ll kill you“, he reportedly told Winterbottom. I’m still not sure whether Winterbottom made the right choice). Allen plays the head of London Records who wrests control of Factory from Wilson, who, shot by both sides, also has to let the ‘Hassie’ fall. “The Haçienda is dead“ he tells a reporter, “she’ll never get old“

Still, who would have thought, a film about Factory records? What next, ‘Shifty Disco -The Motion Picture’? ‘Twisted Nerve - The Musical’? ‘Creation - The Panto?’ (actually I can see Gallagher and Gallagher as the Ugly Sisters), but they don‘t make movies about ‘our‘ music, they just don‘t. But they just have, and ‘24 HPP‘ is an erratic, bumpy, brilliant ride through our musical heritage. It’s history - first told as farce then as a tragi-comic mock-rockumentary, but it‘s telling a story that deserves to be told, bringing the past out of the shadows, bringing the bands and their music back to living, vivid life. Quite right too, this important, vital music doesn‘t just belong in the past, I need it here today.

Don‘t ever fade away.