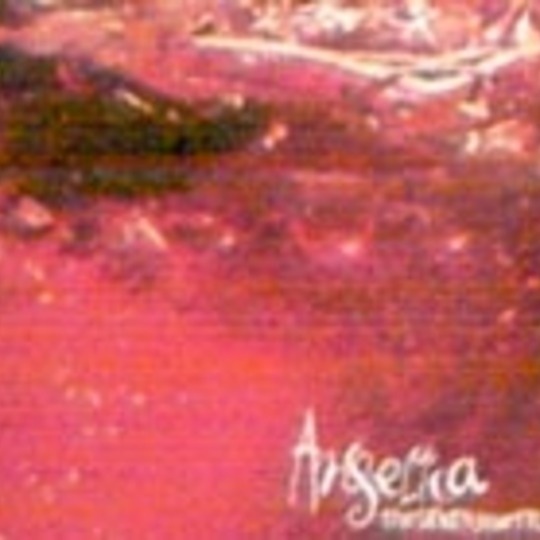 Two years on from their mini-album on Fantastic Plastic and five since their debut Teenage Girl Crush single associated Deceptive with more than Elastica, Angelica present their first "proper" lp on Kat Bjelland's Universal linked indie Almaflame. Given that they started in their mid teens and are now into their twenties the cliche would be to say that the band are older, wiser, and better than ever. But this would be wrong. Angelica have always written intelligent, smart, melodic, and catchy songs.

The major difference between the tracks on The Seven Year Itch and previous material is the sugar sweet gloss facade has been hammered down with a raw primal energy. Goodbye glockenspiels, your time has passed. That's not to say Angelica have ditched their pop foundation though. Granted, track six, Golden Lilies, sounds like a perilous combination of Hole and L7 but almost every track contains an instantly memorable chorus and an infectious rhythm. Their trademark ability to conceal bitter swipes within the shell of innocent lyrics also remains.

It just may be that Angelica would like to be leading a new wave of riot grrrl, hence the Babes In Toyland member on production duties and an allegiance to the Ladyfest events and manifesto. It's clear their bedroom stereo's have played host to everyone from Bikini Kill to Sleater Kinney. However, they will never be as heavy as some of their influences - Holly and Brigit may attempt screaming at choice points and Claire may well drag out the chuggachugga riffs. But at the end of the day Angelica write pop songs. Clever, melodic, spiky and often noisy pop songs.

Taking the best aspects of both the grrrl powered underground and chart fad "girl power" (ethics and accessibility respectively) The Seven Year Itch is an accomplished and striking album. It could well take Angelica beyond their well trod path up the indie chart and into the "alternative" mainstream.