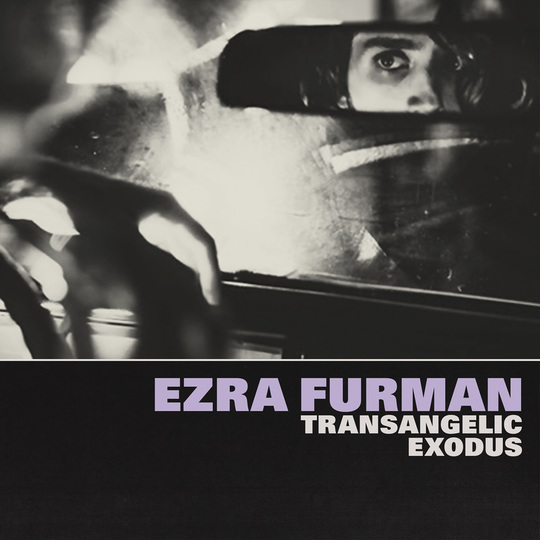 On his ambitious and awe-inspiring fifth album, Ezra Furman gets political, metaphorical and conceptual. And it’s quite brilliant.

This is a collection of songs infused with the visceral, corporeal, often outright medical experience of transformation. Using the metaphor of humans becoming angels, hitting the road and fleeing society’s norms, Furman doesn’t shy away from expressing the pains that this process can entail. On opening track ‘Suck the Blood from My Wound’ the protagonist wakes up “bleeding… forever changed by this chemical burn”, the zen-like ‘Peel my Orange Every Morning’ draws comparisons between the process of the song’s title and the narrator’s own skin being peeled back; while beautiful love song 'Psalm 151' tenderly sings of the post-operative process, of it being “too soon for you to see me with my wings spread” and of “staying in Kansas City till the wound heals.”

Yet, if the narrative doesn’t shy away from the traumas of physical transformations (Furman describes himself as a queer, non-gender conforming person, whose identity has gradually emerged over the course of his five album releases) this is anything BUT a misery memoir, a concept album of pain and grief. What is most striking about it, in fact, is the sense of outlaw defiance, the exhilaration of the process of change and owning one’s own physicality and the relief and – yes - happiness that it can bring.

Furman’s a master of expressing the joy to be found in (or after) deep sadness or alienation. Time after time through the album he’ll take a difficult, traumatic or tragic situation and turn it on its head. “I don’t mind / I’ve got big dreams in my mind”, he exclaims on ‘Driving Down to LA’, while ‘The Great Unknown’ focuses in on the positivity emerging from conflicts – a sister fighting for her brother, a lover’s “soft-spoken voice”. ‘Compulsive Liar’ is a wonderful coming-out memoir that examines and justifies the need for deception when one finds oneself trapped in “that old protective closet” but still goes on to encourage listeners: “Don’t wait a moment longer / Stand up and turn the doorknob”.

This good-from-bad philosophy is perhaps best expressed in one of the album’s key lines, again from ‘Peel My Orange…’ when Furman softly sings “I am shattered, I am bleeding but goddamn it, I’m alive”. It’s a wonderful moment – touching and inspirational all at the same time, like so much else that has gone before.

What all the above misses, too, is that here, as on previous releases, Furman has not lost his terrific way with a tune, a rhythm and a lyric, this time often paired up with odd sound effects or quirky instrumentation that just make it all the more compelling and moreish. Although the subject matter can be heavy (and all the better for it), it is presented in fabulous slowly-building pop tune wrapping, like the terrific tale-of-lost-love ‘Love You So Bad’ – every rhyme in every couplet a small miracle (who else could so convincingly pair “criminals” with “hymnals” or “parking attendant” with “transcendent”?) while bruising your heart with the relatability of the story of young love. ‘Suck the Blood from My Wound’ is another incredible track – think the outsider rebellion and us-against-the-world attitude of ‘Born to Run’ minus Springsteen’s machismo and you’re not even half-way there.

But highlights are actually distributed pretty much all the way through this remarkable, cherishable album, right through to the buoyant, upbeat closer ‘I Lost my Innocence’. On an album expressly and overtly infused with its maker’s queerness, with all its trials, pains and confrontations, here is a moment of throwaway, singalong celebration. “In a single instant I was changed”, he sings. Another transformation, this time wrought by sex but again, ultimately, by love.