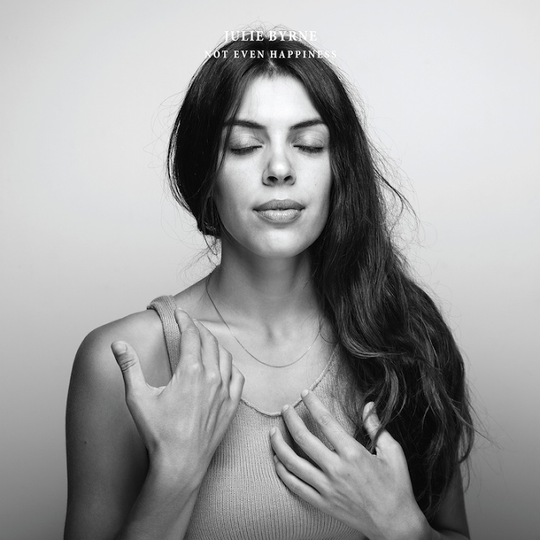 Following 2014's debut Rooms With Walls and Windows, Julie Byrne's second full-length album Not Even Happiness stays true to it predecessor's understated style, but builds on its bare-bones orchestration with a sound that's tied to the sea. In a press release, she recalls naming the album: "It was the first warm afternoon of the year. I walked alongside the Atlantic as the Earth came alive for the sun. There was a palpable sense of emergence to everything. I felt it in myself too, and remember thinking I would trade that feeling for nothing… not even happiness." Almost every song sounds like water – literally in the case of 'Sea As It Glides' – like a mist hanging just above the surface, atmospheric and abstract.

Byrne's breathy vocal is at once mesmerising and forgettable. That's not to say that it's unremarkable; rather, its depth (and reverb) washes over you to the point that it's too easy to stop actively listening. She doesn't spit out syllables or razor-sharp rhythms, but it's a mistake to tune out of the words. Byrne explores sea, land and sky in a series of songs that look back both fondly and wistfully on the past, explore the mysteries of love and celebrate a sense of hope in the present. The time taken to create this album was well invested; every aspect is carefully considered, from the running order to the lyrics to the delicate instrumental detail you find flecked throughout.

Natural imagery is everywhere, both in the past – "When I stood alone in the snow/ And the moon was in the sky and it shone/ And all the land glimmered beneath" in 'All The Land Glimmered' – and the present: "We've been lying on the shore for a while/ And the sun is still and you are the sea as it glides" in 'Sea As It Glides'. When it's not a lyrical feature, it's in the vocal itself: the chorus of 'Sea As It Glides' flows like a wave, while the final minute or so of 'Morning Dove' builds a flock of birds out of Byrne's finger-picking and cooing layered backing vocals.

The best moments on the album are the ones that grab you just as things start feeling too samey: lines like "I've been called heartbreaker/ For doing justice to my own" in 'Follow My Voice' and long questions like "Before you had I never known love or had I only known misuse of the power another had over me?" shake you from your comfortable listen. The album's closing track,'I Live Now As A Singer' is characterised by its lingering synth-supported chords, and is the perfect sign-off to a record that's all about self-exploration, acceptance and empowerment.