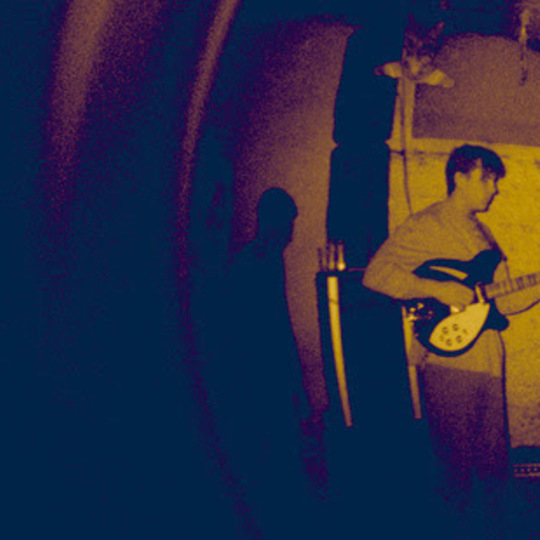 Minneapolitans Real Numbers take cues quite liberally from C86/jangle-pop, wearing the genre's simplicity and tropes on their sleeves in a fashion that's actually very endearing from the off.

Debut album Wordless Wonder, released via Slumberland, takes the band's dynamic, crafted over a series of 7-inches and cassettes, and expands it to suitably accommodate an extra guitarist, while retaining a decided DIY feel.

It's got that strange dichotomy that proliferates in the best pop: the band revels in sheer nostalgia and influence worship, maintaining a chipper melodic streak throughout, while dealing with entirely forlorn topics. Forlorn, of course, in that quixotic way that music of their influencers' time was: reflections on embarrassment, popular culture and lovesickness lie under those studiously-compiled layers, the band's inner children now clearly grappling with adolescence.

'Frank Infatuation' is the strongest start they could have had to this record – an eminently likeable piece of music that plays on said dichotomy to a tee. 'Falling Out' ambles along on three chords and yee-haw twangy guitars, grinning all the while at the stupidity of the childhood events it narrates, but such moments of self-awareness are tempered by a quickness to revert to the genre's building blocks, as seen in 'Only Two Can Play', an overly-familiar rumination on a specifically Welsh brand of infidelity that could have been dusted off from thirty years ago.

The title track is a fiercely introverted koan to the artist's overarching fear of a blank canvas, a writer stuck for words, cleverly trading on the human condition's default state while being careful not to get too snarky. 'New Boy' induces a grin, a fuzz-bassy affair that might interest Husker Du nerds as much as admirers of the Smiths and their ilk, while 'Public Domain' ventures into some almost cocky, surf territory.

The album vacillates between idyllic melancholy, and painful moments of realisation throughout, ending on 'This Happy Sadness', a kidulthood paean to relationship failures, mixtapes and 'zines, that seems to bring these two threads together.

It's a difficult one, this – it seems almost churlish to critique an album for relying too heavily on nostalgia and wistfulness in places with one breath, and with the next, welcome the warmth and familiarity this dynamic creates. It's evidently from a place of genuine love for their craft and their forebears, a trait about this or any band that should never be discounted. It does also seem unfair to round on a band that trades in the warm and fuzzies for not taking different ideas a little further, especially with subtle emphasis placed on the cameo appearances of vintage synths and 12-string acoustics.

But for all the polish that the production has invested this band's music with, one can't help but look forward to where they go next, evidently having done what they set out to accomplish with this platter. Interesting ideas in bright spots and an obviously heartfelt love-letter to their sonic crushes, but you can't help but feel that the staying power Real Numbers strive to evoke here lies elsewhere.