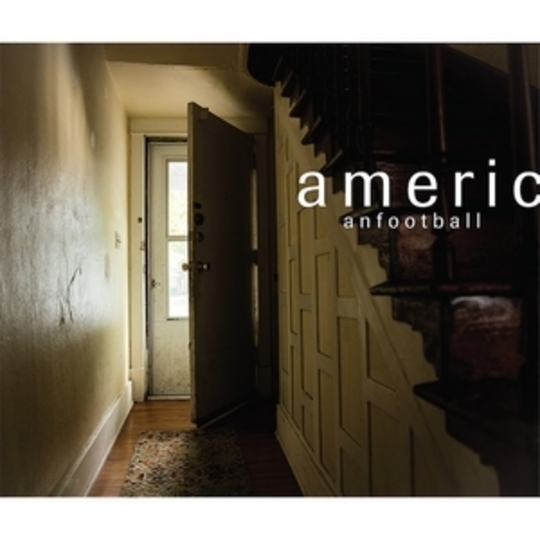 When Illinois' American Football reunited for a run of shows in 2014/15, grown men wept. I should know, I was one of them. Standing in the crowd at one of their first ever UK gigs, it was difficult to imagine the band releasing a new album any time soon. After all, how could they possibly add to their paradoxically short-lived, yet long-lasting legacy?

When bands make a genre-defining album, that's never their aim. Indeed, it's often not until years later that it becomes viewed as such anyway. By the time American Football's self-titled debut had come to define the late Nineties Midwest sound, they themselves had already moved on; Mike Kinsella especially, with the frontman involving himself heavily in myriad other acts.

It's for that reason that the reunion and eventual announcement of a new record was so surprising, it seemed the band were happy to let their legacy lie.

I'm glad they didn't. Their second LP, also titled American Football, feels far more than the token gesture it could have been. Awash in the lush jangles and rich swells of brass that endeared their debut to so many, it's almost as if the 20 years that have passed between records never happened. Almost.

AF2 feels deeper and more nuanced than its predecessor, and with 20 years of experience for the band to draw on, more mature. With that in mind, it's little surprise that with the record come the familiar pangs of nostalgia, for both band and listener alike. "The past still present tense", Kinsella sings on 'Home is Where the Haunt Is', a telling lyric for a man who moved on from the band, seemingly without ever looking back. But where American Football never made it of Illinois first time round, they've gone much further this time, both literally and otherwise.

Though much of the record's aesthetic will be familiar to established fans, there's a quiet confidence exhibited which makes it feel much more accessible to newcomers than their debut. As a result, tracks such as 'Give Me the Gun' or album closer 'Everyone is Dressed Up' take on a sombre, more indie-driven vibe that won't be unfamiliar to fans of Death Cab for Cutie. And while the band still have little regard for conventional time signatures, here they're employed more subtly than on their debut, allowing for the more matured, introspective lyricism to be really come to the fore.

While the record is rooted in nostalgia, so much so the cover features the same iconic house as their debut, it also manages to feel fresh and tentatively exciting, something that's a result of the band exploring new ideas or looking at old ones from different perspectives. It's for that the reason as well that the cover is shot from inside the house looking out; a wistful nod to the past while accepting that they're in a different place now; that the band themselves are different people.

If it feels fresh and exciting, that's because it is. This is only American Football's second album, they're a band still in their infancy and quite clearly a band with so much more to give, so much more to explore musically. That 20 years have passed between records matters not. In fact, if anything time has only the strengthened the chemistry of the band, distilling its essence in to something much purer than its base product. In a year of excellent records, American Football have quite possibly made the best.