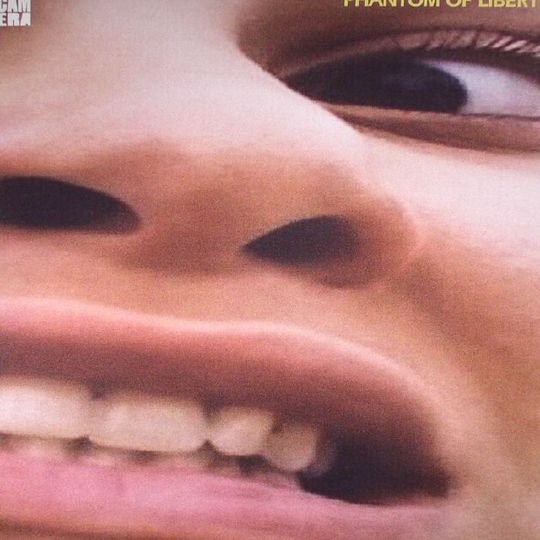 Neo krautrockers Camera first burst onto the scene in 2012, with their live-in-the-studio semi-improvisational debut, Radiate. They made a name for themselves through playing guerilla street gigs and collaborating with Michael Rother and Dieter Moebius.

Despite looking like spring chickens, the fact that Camera are sharing stages with krautrock pioneers shows more experience than you’d expect. For chief composer Steffen Kahles, Camera isn’t, by any stretch, his main job. He's an award-winning film score writer, with 20 years' music production experience - and he’s classically trained. After all, Camera aren’t exactly a huge band – their next London show is the Shacklewell Arms – so paying the bills through it doesn’t seem likely.

But, they are one of the most fascinating, provocative pioneers of instrumental music I’ve come across in a long, long time. And it would be absolutely fantastic to see them breakthrough and start becoming a household name across festival circuits through this album,Phantom of Liberty.

In addition to the broad, intelligent musical palate of Kahles, the ferocious intensity of Michael Drummer, who plays – you guessed it, drums, is one of the main reasons this album is so powerful. He plays with the krautrock cyclical beat with raucous punk rock strength.

Opener ‘Affenfaust' is an intense start - and instantly induces a headbanging reaction. The bass synths could easily be incorporated into a techno club DJ set that would have thousands reaching for the lazers. Underneath all this, are some more intricate psychedelic sounds, crafted through manipulating guitars until they’re no longer recognisable as guitars. The varied soundscape also includes synth sounds that recall the Commodore 64 of 1984. This multi-faceted cut is an explosion of sound, beautifully executed.

'Frölichkeit' is much more one dimensional in its melodic output than the first track. There’s a synth line that could quite easily be used in a cheap looking Eighties sci-fi film, acting as the main motif. It’s a very high-energy affair with Michael Drummer ceasing to relent. In contrast, ‘Festus’ pays homage to Indian classical percussion, with tabla sounds colouring the introduction. Ambient melodies and a slower tempo act as a breather from the two first cuts.

This sedated feel doesn’t last for long, however. The heavy metal drumming style of ‘Nevernine’ could stir up a circle pit at any gig you’re lucky enough to see them in. The raw drumming is complimented by the cinematic chaos of the band in full throttle, and this could work well as a soundtrack to a battle in a war film - or any scene of ominous disaster: it’s unsettling stuff. The track ends with a calmer outro, its heartbeat slows, giving way to the mid-tempo cut ‘Ildefons’ - which at 3.10 seconds is the shortest cut on the LP. It’s also the first track that gives space for a distorted guitar to take the lead. Elsewhere, ‘Reindenken/Raus’ is a dreamy, ambient affair and acts as the best one on the album to bliss out in the sunshine to. The wah effect on the guitar gives it a loose funky feel. Meanwhile, the synths wash over you like calm, tropical waters at the shore. The drums, although further back in the mix keep a physical tribal feel thanks to heavy use of the floor tom.

‘Tjamahal’ returns to the more commercial, dance-y sound of the opener, ‘Affenfaust’, as the drums sit at the forefront of the mix once again and inspire a mighty fuzz-y bass and synth ensemble that could please music fans from across the board. When music is this well composed and energetically executed , and captured with quality studio gear, it definitely brings listeners from all schools of thought together.

‘Triabl Mango’ returns to the abstract, ambient side of things, and conjures up memories of listening to parts of the Chil Out album by the KLF thanks to a trippy vocal sample. Things build quite quickly and it heads into a Gang Of Four-esque post-punk groove whilst simultaneously sampling sounds transmitted from NASA space station.

The sheer volume of styles, sounds, and ability at play here makes this LP an intensely rewarding listen.