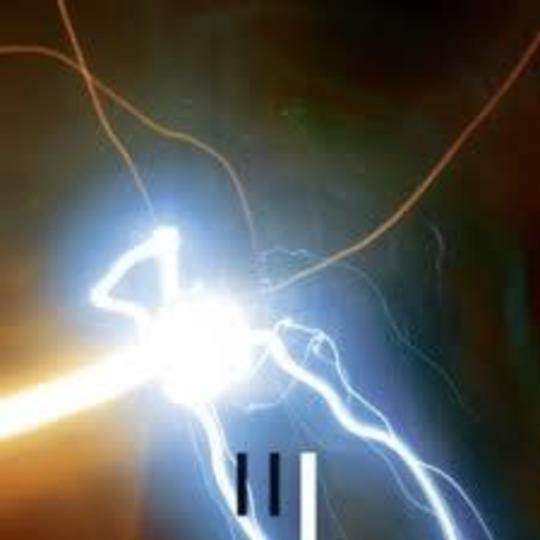 While the sombre techno end of dance music may bring to mind the grim modernity of cities like Berlin and Detroit, there are many artists leaning towards the romance of woodlands and mountains. Artists like Pantha Du Prince (Hendrik Weber), DJ Koze and his label-signee Robag Wruhme almost seem to have adapted the classical nationalism of composers like Aaron Copland and Edvard Grieg to the modern day. With The Triad, the solo follow-up to 2010's excellent Black Noise, German producer Pantha Du Prince digs further into this strand of wintery techno.

Weber's music and image craft an image of the producer as a reclusive hermit living somewhere deep in the mountains or forests, attempting to render his environment in sound. Weber is clearly indebted to this idea, especially having named a track 'Walden 2' in reference to Henry David Thoreau's living-in-the-woods classic Walden. Further continuing this theme are track titles like 'The Winter Hymn', 'Bohemian Forest' and 'Es Schneit' ('it snows' or 'it's snowing') and a series of Weber's press shots feature him winter coat-clad climbing through snowy wilderness. It is easy to see why this side of techno is popular amongst indie fans with these sorts of themes easily found in nature-worshipping acts like The Microphones or Bon Iver. Indeed, the ideal image in our heads while listening to Weber's music is often more of a cold winters day than a sweaty club. That being said I'm sure many of Prince's songs would go off in the club (particularly bangers like 'Satelite Snyper' and 'Satin Drone').

Pantha Du Prince's tracks are generally a blend of acoustic sounds (bells, percussion), propulsive techno drum programming, warm bass synths and large caverns of ambient synths. His sound owes much, as it is frequently remarked, to the vague impressionism found in the textures of shoegaze with treble instruments habitually used to generate a thick texture of noise. This time round, Weber has decided to make an increased use of vocals, perhaps after Panda Bear's star turn on Black Noise's 'Stick To My Side'. Roughly half the songs feature vocals which alternate between dreamy washed-out falsetto and more typical techno sprachgesang speak-singing.

Amongst the tracks themselves, it is the instrumentals which are generally the strongest. The vocals, at best, add nothing to the tracks and, at worst, are an irritating distraction. The vocal collaborators lack the strong sense of melody or tone that Panda Bear brought to 'Stick To My Side'. 'Chasing Vapour Trails' starts off beautifully, building complicated textures slowly out of drums and delay effects before the completely unnecessary addition of vocals stalls its momentum. 'Islands In The Sky' is probably the most vocal-heavy of all the tracks and for a while it pulls off its introspective gothic techno before a chord change painfully brings the vocals into the foreground where they wither in the light of day. Adding to the disappointment of the vocals on 'Islands...' is their slightly off intonation which means that multitracked vocals clash with each other and the rest of the track.

Despite this, each of the tracks has its enjoyable moments. An obvious highlight is 'Frau Im Mond, Sterne Laufen' which tweaks a strong motif as the track builds and changes around it while icy synths swirl around the beat. Many of the best tracks like 'Lichterschmaus' and 'You What? Euphoria!' end up being those that stray closer to a classic Pantha Du Prince sound while the experiments, like the Mogwai-ish 'Wallflower For Pale Saints', lack confidence.

Pantha Du Prince describes The Triad as 'about more human ways of interacting... about meeting up and jamming' and, in many ways, it does resemble something close to a jam session where unpolished but great ideas are worked out to be developed more fully later. ![Please enter...][102841]