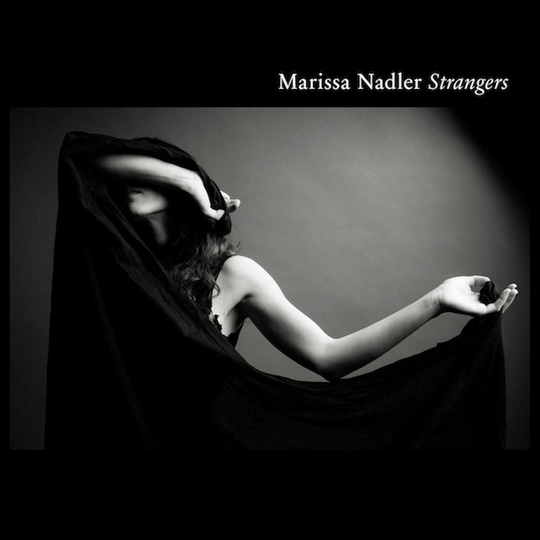 It’s amazing that it’s taken as long as two albums on Bella Union to do it, but Marissa Nadler has finally gone and made a dreampop record.

This is mostly a good thing. She made some fine acoustic folk albums back in the day, and her darkly languorous voice will always be the main, defining instrument on her records. But as a rule the fuller the music the more atmospheric her songs have proven, and her tones are clearly perfectly suited to the thick, hazy musical waters plied by Beach House et al.

The trade off is that this sort of melodic, dreamy, keyboard-augmented music isn’t especially chilling, which has previously been one of the more compelling characteristics of her work. You wouldn’t be off the mark to describe her first four albums as ‘death-obsessed’ and certainly it’s not a stretch to see her as being in the lineage of fellow New Englanders HP Lovecraft or Charlotte Perkins Gilman, whose claustrophobic masterpiece The Yellow Wallpaper felt like a twin lost in time to Nadler's magnificently unsettling last set, July.

But actually a slow drift towards the light has been discernible in Nadler’s work for a while now: 2011’s eponymous set was a practically wholesome folk record, and is probably her weakest effort; she set things right withJuly, a stufling, disturbing record, but also a mature one that had moved beyond the slightly OTT symbolism of her early work.

Strangers is considerably lighterthan its predecessor, with none of July’s sense of cracked, fevered nostalgia. But where Marissa Nadler missed the mark by stripping away both the darkness and the interesting musical experiments of its predecessor Little Hells, Strangers fills the space left by doom and gloom with heady sonic experimentation .

When Strangers really kicks into gear – as it most notably does on its extraordinary centrepiece ‘Hungry is the Ghost’, a cascading, slow motion, six-minute roar of distortion that takes her into something bordering on shoe gaze territory – it’s completely breathtaking. Gliding in on a wave of elegiac keys, Nadler spins a story of detachment “looking through windows into other people’s rooms” that start pretty and builds into something stupendous, her cool tones slicing through an ascent of roaring guitars and martial drums. Isolated, it wouldn’t be her most powerful vocal, but contrasted with the tumultuous backing it’s remarkable, a singer in complete control of her voice, its tones, its textures.

When the music is less overwhelming, you notice that July knob-twiddler Randall Dunn’s clean production and Nadler’s move away from the depths of morbidity have changed something about her music. It’s less intimate, less unsettling - a song like opener ‘Divers of the Dust’ is gorgeous, but it doesn’t send a shiver down your spine, it doesn’t have that strange, dust-covered antique feel that July and Little Hells and Songs III evoked so piercingly. And there’s an open-armed melodicism – a catchiness, if you will – on songs like ‘Katie I Know’ and ‘Janie in Love’ that would verge on the poppy if the tune went a splash faster, if her vocals were less keening.

But is this really a problem? As a fanboy, I am perhaps in a slight, over-entitled funk that this isn’t exactly the record I wanted. But Nadler hasn't sold out, just moved on a bit, and if the emotional impact has diminished, the sonic one has increased by way of balance. I’m almost exactly the same age as her, and I’m sure things have changed for both of us in the 12 years since she made her debut with Songs of Living and Dying. Expecting her to keep sighing out bleakness when that’s not where she’s at is clearly a bit churlish. “I used to be like you” she coos on the majestic ‘Janie in Love’, a song that seems to see her move a little towards an elder statesperson role – leaving the misery for the next generation.