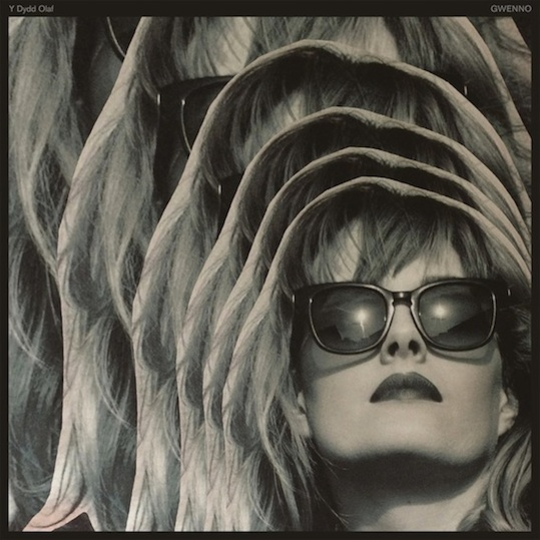 Listening to Y Dydd Olaf, a description that Henry James used in The Portrait of a Lady kept coming into my mind. Ralph Touchett is a likeable, intelligent and principled man whose life has been blighted by an unspecified congenital illness, which leaves him living a kind of vicarious half-life. 'Living as he now lived', James writes 'was like reading a good book in a poor translation – a meagre entertainment for a young man who felt that he might have been an excellent linguist.' Apart from one track in Cornish, Y Dydd Olaf is written wholly in Gwenno Saunders’ native Welsh – a minority language that has long punched above its weight in the indie music stakes, from Gruff Rhys to Gorky’s.

So as a non-Welsh speaker (and, indeed, non-Cornish speaker) how does the listener approach these songs? The album’s publicity tells how Gwenno was inspired by an obscure sci-fi novel from the Seventies to create this concept album, focussing on politics and feminism in modern-day Britain, by means of a dystopian tale of robots and cloning. All topics that sound right up my street.

So there seemed to me to be two ways of addressing the language issue – an issue that, obviously, my native-English-speaker privilege has mostly prevented me from coming up against that often, compared with popular music fans from most other parts of the world. You can either spend time on Google translate or searching for Welsh/English and Cornish/English translations of each track to pore over whilst listening (and in the process distract and detract from the sound of the music itself), or alternatively simply take the approach of working with what the artist has chosen, as is every artist’s right and imperative, to present to the listener, and write about that.

I chose the latter.

Fortunately, then, the immense and distinctive sound that Gwenno achieves on the album is far away from poor old Ralph Touchett’s life-half-lived, and more than sufficient to sustain interest without the extra ballast of lyrical meaning.

Starting with the distinctly motorik rhythms of 'Chwyldro', one particularly enjoyable aspect of these songs is the attention-grabbing opening moments. Each of the first seven tracks has a noteworthy first minute or so before settling into a groove or a melody – from 'Patriarchaeth’s cascading sequence of electronic notes to the wonderful vinyl-crackle-meets-sitars start to 'Golau Arall' and 'Y Dydd Olaf’s snippets of male voice choir voices, random strummed chords and a whole collection of disparate and slightly disturbing noises.

Once beyond these terrific openings, the main part of most tracks morphs into something else again. Gwenno’s vocal is true and clear, often sombre (Chwyldro, Calon Peiriant), mid-tone and occasionally sweet but always minus the saccharine. Quirks abound, from 'Sisial Y Mor’s lasergun/dripping water sounds and amplified piano bars to 'Golau Arall’s quiet and echoing mid-section, where what sounds like a plane takes off in the background.

The palette is electronic – there are moments that recall early Human League, for example ('Fratolish Hiang') or other Eighties synth wielders ('Patriarchaeth'), and the vibraphone puts in an appearance on 'Stwff' - but the bass lines also hang heavy over a raft of tracks from Calon Peiriant to Amser, and percussion is inventive, varied and often unexpected, as with the introduction of the lovely downbeat woodblock of 'Stwff'. Even without understanding the words, this album still manages to sound like the future, seen through the lens of the recent past. Where it reaches true heights, on the superb 'Golau Arall', all atmosphere and hooky melody, or 'Stwff’s combination of near-angelic coos with unsettling background noises, in fact, I’d go one step further and say that the enjoyment to be gained from it is qualitatively different but probably equal without the meanings.

This is music that the listener can plunge into and summon up her own images and sense from. If you’re fortunate enough to be a Welsh and/or Cornish speaker then perhaps you will experience this album in a fuller more rounded way. But that is certainly not to say that you won’t also get huge enjoyment and enrichment from Gwenno’s music otherwise. Sorry google: bad translations not required.