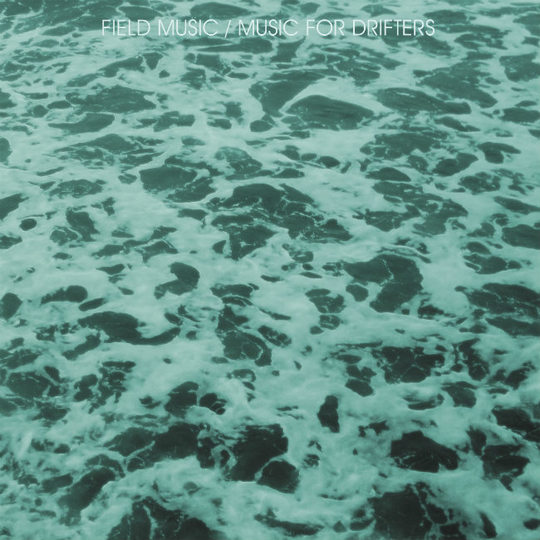 In the least sinister way possible, the shadows of Peter and David Brewis loom heavily over the North East’s music scene. Known primarily for their work as Field Music, their gifted fingers can also usually be found in several pies at any given time. Indeed, given their numerous solo/solo-ish projects and collaborations down the years, it feels as if they’ve had an input in about half of the music to have come out of the SR postcode area in the past decade.

It’s not all that often they come together under the auspices of the day job these days, so when they do, it’s a bit of a cause for celebration for anyone with a fondness for quirky pop music. Music for Drifters, the first outing for Field Music since the magnificent Plumb three years ago sees them soundtracking a 1929 film about a Shetlands fishing fleet. It's perhaps a bit of an odd thing to say, but if you’re familiar with their back catalogue, you may find this sounds exactly like you might expect a Field Music soundtrack of an 86-year-old silent documentary to sound.

It’s clear early on that in spite of it being the furthest thing imaginable from the urgent thrills of Plumb, Music for Drifters couldn't have been made by any other band. There's always been a flair for the grandiose evident throughout the history of Field Music, but up to now it's been contained within their concise pop nuggets. Sure, there’s been plenty of hints in the past of an urge to just stick their heads down and get lost in instrumental wonderment, and indeed we got a bit of a taster of how that might go on Peter's lush Frozen By Sight album with Maximo Park's Paul Smith last year. However, Music for Drifters seems like a landmark in the decade long life of Field Music in that they’ve allowed the rolls of piano to just take them wherever they will, and the result is pretty spellbinding.

The 20 pieces which make up Music for Drifters are mostly short fragments (indeed, eight of them clock in at under 60 seconds), apparently reflecting the motion-heavy collage nature of the film itself. Taken as a whole, though, track distinctions are slightly arbitrary here, because this feels more like one big piece of improvisation, each element blending beautifully into the others. Whether you’re immersed in ‘The Log-Line Tells the Miles’, ‘Village’ or ‘Quayside Part 2’, you’re just as likely to be hit by a feeling of ‘shit, this is gorgeous’ at this point as you are at any other in the record. Appropriately enough, given the subject matter, it's kind of the musical equivalent of sitting on the shore looking out at the sea - calming, beguiling and filled with a sense of wonder.

Music for Drifters definitely represents a diversion from whatever constitutes Field Music’s ‘normal’ work, but it’s also an unquestionably lovely addition to their impeccable discography. By the end it evokes (in me at least) a particularly idyllic image of how David and Peter Brewis might end up spending their retirement - Picture the pair of them sitting together by a remote little harbour somewhere, quietly and industriously fabricating an ever-evolving soundtrack to the world as it rolls by. Forget all that streaming stuff, maybe that’s the real future of music.