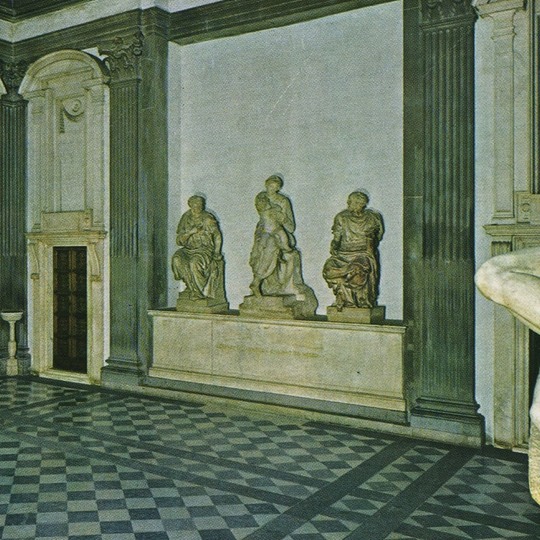 If anything has characterised the work of Matt Mondanile, who records solo as Ducktails, it has been the gradual changes rather than the sudden shifts. Some artists from bands that have solo projects have the tendency to indulge into different genres as they flit between urges they might not be quite allowed to express with their band. That’s not the case with Ducktails, in which Mondanile has slowly refined his sound rather than revolutionised it each time.

St Catherine is the longest time that Ducktails has ever spent recording an album. It makes sense then that this is the most focused yet, his output benefitting from both gradual evolution as well as that extra focus. This is still Ducktails as you know it though: as giddy a mix of hazy vocals, summery vibes, introspection and psych as you could hope to find. That Mondanile manages to create a focused album amongst these different ingredients is an achievement.

It’s interesting that his style is so recognisable while he remains in a band. This material would not sound so out of place on a record by his 'day job' Real Estate, but in a great many ways it surpasses that band.

Whether you take to this album or not, it’s one to suck you in and hold you tight for the duration. Opening track ‘The Disney Afternoon’ is the very definition of hazy. It’s repetitive as you would expect but like some form of reverse Russian doll, it actually reveals itself to be bigger ever time the track strips off another layer and loops back on itself.

‘Headbanging In the Mirror’ will cause you to do exactly as the title suggests and also gives us the first appearance of vocals from Ducktails following an instrumental opener. Drifting across the album like an exhausted Damon Albarn, his voice lends the perfect chill to the otherwise summery tone of the tracks. And like certain Albarn tracks, it is perfect for evoking particular images and places. It’s fitting that he should sing on this track "I wish I could see so much clearer" when on this record he is arguably at the peak of his powers and seeing clearer than he ever has.

The album is not all blue skies and strawberry fields though. ‘Into the Sky’ injects a little bit of self-doubt into the record but not enough to really deviate from the carefully built effect that Ducktails and Elliot Smith producer Rob Scnhapf craft. While we may be asked to "Remember, December" over a track that also references winter, it’s hard to think towards such a month when the song, while a little darker, still has the sun blazing down upon it.

It should be noted that many have spoken of the religious vibes they get from the album but for me that comes from the title of St Catherine and a couple of other tracks in ‘Heaven’s Room’ and ‘Church’. While the focus on the sky could probably be added to this, it wasn’t a particular facet that I took away from listening to this album. Perhaps approaching the record as an atheist, I’m less inclined to make the connection. It’s a cliché but the beauty of any album that does this is that it can be interpreted completely differently depending on the listener.

‘Medieval’ sticks out a little – here Mondanile sings "my calls and texts don’t get to you, I just wish to hear from you soon." As with ‘Into The Sky’, the veneer of an incredibly focused record is scuffed somewhat. A strong track in its own right feels somewhat personal on an album that doesn’t give off that impression elsewhere, with repetition and theme its major strengths.

These are minor flaws to bring up though. This is comfortably the best effort from Matt Mondanile to date. A tribute to the power of not just belief but also the idea that patience can be your best weapon in terms of creating your best work.