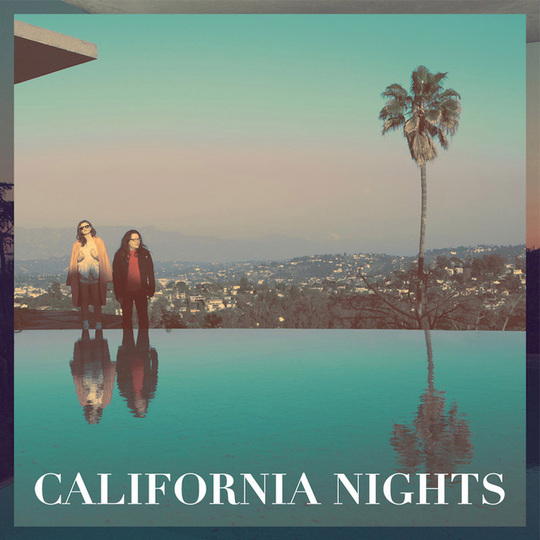 Ah yes, Best Coast. Led by the charming Bethany Cosentino (her Twitter account is worth a follow if you’re into eavesdropping on friendly exchanges with Hayley from Paramore) and ably assisted on guitar by the much quieter Bobb Bruno, you might remember their 2010 emergence, spearheaded by their carefree, California dreamin’ debut Crazy for You. A joyfully simplistic (and brief) work of lo-fi that oozed insouciance, it surfed through that late summer haze with an array of blissed-out, three-chord ditties that featured the kind of catchy yet largely-meaningless lyrics that, for some ungodly reason, stick around long in the memory: “I lost my job, I miss my mom / I wish my cat could talk” (‘Goodbye’) being a rather fitting example.

But criticism was often levelled at the duo by those looking for something more, with plenty of critics especially keen to take Cosentino to task over her apparently 'lazy' songwriting: 'Crazy for You’s lyrics sound like they were written by a fourth grader', groaned one critic at the time. Such dissent didn’t dissipate with Best Coast’s second record The Only Place, released in 2012 to noticeably less fanfare than their debut, with many taking issue with the band’s crisper sound (a production decision allegedly thrust upon them by their old label) yet overall lack of progression. Indeed, the most prevalent critique was that, with every release, Best Coast were sounding so samey that they could almost be accused of plagiarising themselves.

Their detractors may continue to moan to this day, but on the flip side are the pro-Best Coasters, who revel in the immediacy of Cosentino and Bruno’s partnership, which, despite the haters, has endured into album number three, bolstered by the impressive backing of major label Virgin EMI.

California Nights certainly won’t cause any major rumblings in that label’s boardroom: it’s an album that, true to that aforementioned critique, essentially stays in its prescribed lane. If anything, it almost determinedly proves that the Best Coast formula won’t ever change: there’ll generally be prosaic lyrics and straightforward couplets about boys, love and sunshine, and they’ll generally be complemented by drawn-out vocal harmonies and mostly-unremarkable chord progressions.

This methodology goes some way to expressing itself from the off on California Nights with the title of the opening track, ‘Feeling OK’. The song itself plays out like the soundtrack to a montage of East Great Falls’ high school seniors high-fiving each other as they roll into the parking lot; an uplifting, teen movie anthem that’s maybe 15 or so years too late to be considered at all zeitgeisty. ‘Heaven Sent’ carries a similar major-chord pomp that is foot-tappingly enjoyable but not entirely memorable – perhaps the most remarkable moment is the distorted wig-out towards the end that, rather disappointingly, fades away just as it threatens to show a different side to the Beth’n’Bobb combo. ‘So Unaware’ is a further exercise in jumpy pop-punk, initially resembling a nostalgic Bowling For Soup or Fountains of Wayne cut that’ll have you uncontrollably cracking a smile.

That song also flags up that oft-controversial topic about this band: Cosentino’s lyrics. ‘So Unaware’ is a song that is, of course, about a guy, and, as you may expect, doesn’t really scratch the surface when it comes to dealing with an existential crisis: “What is life? What is love? What’s the meaning of it all?” Search me: give us some answers, Beth! “Do I even care? Or is it just that I’m so unaware?” Oh, ok then. ‘In My Eyes’, meanwhile, is more direct in narrating the end of a relationship as she drawls in her south Cali accent about “What hurts the most is that it’s done / and I don’t remember having fun”. Cosentino’s well-documented long-term relationship with Nathan Williams from Wavves ended recently, and it certainly provided her with some rather fertile ground, lyrically. “I’m a big girl now, but I don’t feel much older” the 28-year-old laments on ‘When Will I’. “It’s not that bad, and I have no reason to be sad / But I’ll find a way almost every day to stay this way”.

Stop cringing for a minute, people: Cosentino has held the attention and admiration of a sizeable following of fans since the early days; people who have been provided with valuable access to their own emotions through her decidedly simplistic lyrical delivery. So is it totally surprising that she’s not gone all Dostoyevsky on us this time round? 'Best Coast songs have always meant a lot to people because I talk about relatable feelings,' she told NME last week. 'I'm not going to apologise for how literal I was lyrically in the past. Some of the greatest music in history has the simplest lyrics.' It’s certainly a technique that’s worked wonders for her own music career.

But, away from the lyrics, there’s a nagging feeling that, like The Only Place, California Nights isn’t going to blow too many people away with its mostly familiar-feeling content. The 12-track duration of this record does feel slightly long, especially as three-quarters of it would sound like one long Best Coast song if you stitched it together.

Where California Nights does impress, however, is in that remaining quarter where Cosentino and Bruno do switch up the tempo. On the closing track, ‘Wasted Time’, they bring in the kind of balladic atmospherics honed by Phil Spector, with slow, Timpani-like drums and girl-group harmonies acting as the key to unlocking Best Coast’ emotional depth – something perhaps lost in their quicker, chord-led numbers. But perhaps most promising of all is the first single ‘California Nites’: a stretched-out, fuzzy affair that sprawls its way across five intriguing, shoegaze-y minutes. It perhaps should have opened the record, but its placing on the record (8/12) is perhaps intentional in drawing the listener’s attention with a 'hey, this sounds different' response. Whilst its lyrics won’t do much to assuage the moans - “California nights make me so happy, I could die / But I try to stay alive” – its soundscape is mighty impressive, ultimately saving California Nights from falling down the rabbit hole of indie mediocrity.