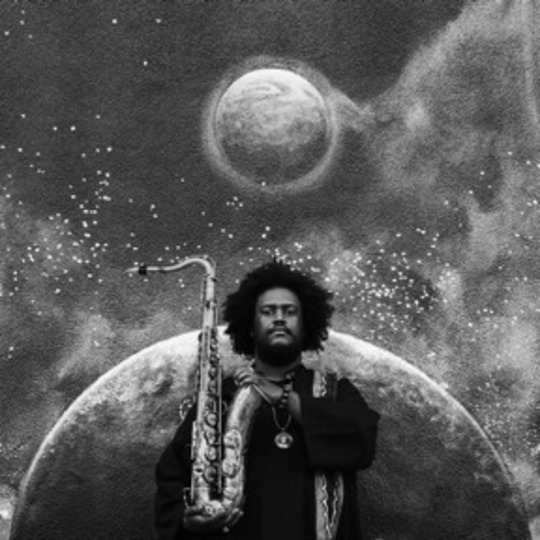 Battling upstream against our culture of dwindling attention spans is the appositely titled The Epic – a three-disc, three-hour monster of a jazz album. In an age when music is dismissed within the first 15 seconds of a stream, this feels like a handsome relic from a time of patience and focus. All credit to virtuosic saxophonist Kamsai Washington for having the nerve to do it, and even more credit for managing to completely pull it off.

Five years in the making, the title doesn’t just refer to the sheer running time of the thing, but the scale of the performance itself. Boasting a ten-piece core line up (itself including two bassists), Washington is flanked by a 32-piece orchestra, and a 20-person choir. At times this feels a little bit like they’re laying it on with a trowel, but it’s astonishing how unified and listenable this thing remains, while always setting itself the highest ambitions.


As a saxophonist, Washington soars. Opening track 'Change of the Guard' – along with many of the cuts from disc one – draws immediate comparisons to Coltrane, with his expansive ten-minute numbers swanning through solos and digressions from piano, bass and percussion, before coming back together for the triumphant punch of the central melody. But he’s just as good at cutting loose, and going for broke with a playful, piercing squeal more closely aligned to Albert Ayler as well.

The one thing The Epic doesn’t make a massive show of is its actual musical proficiency, and its ability to wrap around a huge range of influences from across modern and traditional jazz with ease. It’s above cheap smash cuts and stark juxtapositions in style, but there’s a lot of variety here, resulting in a rich, mature album which neither hurries nor meanders its way through its running time. By the end of third song ‘Isabelle’, they’ve already created a fully satisfying half an hour LP. But there are still 14 songs to go. That’s approximately 140 minutes. And it’s all equally strong.

With something as colossal as The Epic, you feel you should just chuck an eight at it for its ambition alone. What else do you do with something that big? But it fully deserves a high score by any standards of evaluation. This is wonderful stuff. Sure, 2015 isn’t an easy year in which to imagine droves of people sitting down and listening to a 172 minute album in full. But whether you absorb it song by song, disc by disc, or as one huge suite, Washington is reaching for the epic on every scale.