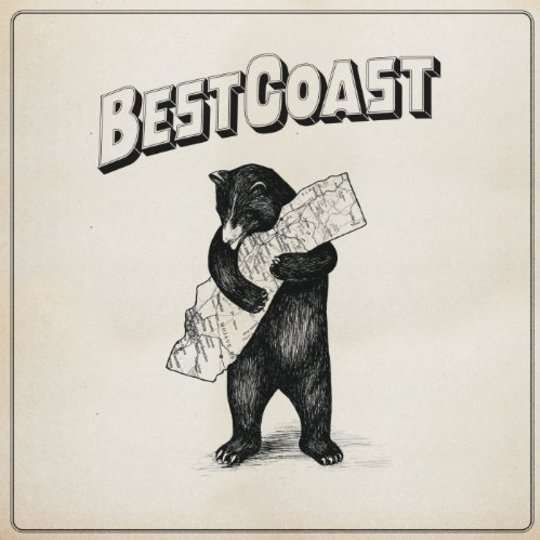 It’s hard not to feel a tinge of jealousy towards Bethany Cosentino. Sure, she has got a few intimacy issues but given her band started out writing songs about smoking weed and never really stopped, Best Coast have done amazing well for themselves. By that we mean the de facto spokeswoman for slackers everywhere got to put out an album with her cat Snacks on the cover, tour the US with her boyfriend out of Wavves and eulogise about crap Nineties TV to a Twitter following of almost 80,000 fans.

So what comes next for Best Coast? As you’ll have probably surmised from The Only Place’s titular lead single, the answer to this question is not a series of avant garde explorations in jazz fusion. Nope, it’s more of the same from Cosentino minus a few references to high times. Further smoothing out the rough edges found in early EPs Art Fag and Black Iris, while retaining those essential Californian rays, this doo-wop meets lo-fi cocktail is still as potent as ever.

Producer Jon Brion (Kanye West, Of Montreal, Elliot Smith) has also done a great job of coaxing the band’s perennially lovelorn frontwomen into actually singing. Emerging from behind a wall of looped whoops and hollers, Bethany is better placed to deliver a set of wisened songs about the consequences of minor indie fame and fortune. If it weren’t for the record’s easy rhyming action, its subject material would border on tragic. “Take a pill, spend the bills. Seems to be the way I get my thrill, a neverending hill," croons the lady who was once only upset when her kitteh couldn’t talk.

‘Last Year’ and ‘How They Want Me To Be’ aren’t much more cheery. Both continue the underlying lyrical nods to substance abuse and new found riches, neither of which seem to provide much cause for celebration. Regardless of her willingness to push Best Coast beyond their sun-kissed niche, Cosentino remains a hugely listenable songwriter. ‘My Life’ is an endearingly wistful offering, while ‘Do You Still Love Me Like You Used To’ hits right between the heartstrings.

To its credit, The Only Place avoids dragging Best Coast into ‘diminishing returns’ territory. Instead it’s the sound of a group ably treading water while its scars are glossed over with a Golden State tan. Next time, we’d love to see Cosentino leave those bruises raw for all to see but, for the moment, this will do fine.