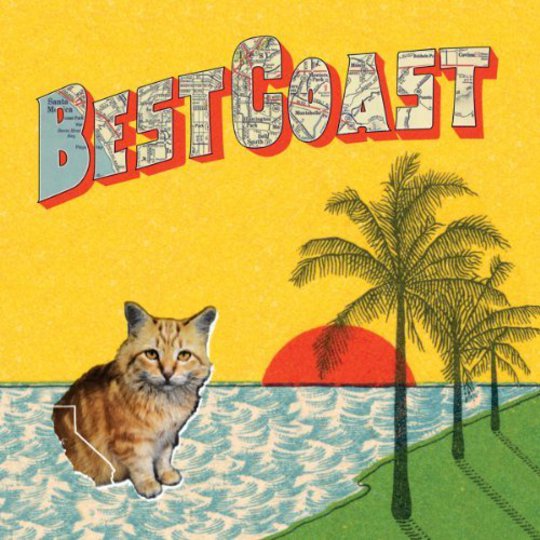 There’s a great scene in Twilight: New Moon where Bella sits by her window waiting for her drippy goth-vampire boyfriend Edward. She sits in her chair and waits. Months go by, and the camera slowly pans around her, not moving. Elsewhere in the movie she awakes screaming, so tortured is she to be apart from her beloved. It didn’t take me long to picture Crazy For You - the debut album by west-coaster Bethany Cosentino, formerly of Pocahaunted, now of Best Coast – as a kind of alternative, reverb-drenched soundtrack to the perpetually chaste Twilight series. The sheer quantity of longing on this album positively soaks the speakers, almost every track a paean to forbidden and lost love.

“I wish he was my boyfriend” Cosentino sings on ‘Boyfriend’; this sets the tone – later we hear how “I can’t do anything without you”, “I want you so much”, “I always miss you”. That’s not to say that there isn’t much to commend Crazy For You. The tracks are all snappy slices of girl-group garage pop, admirably well constructed (only one breaks the dreaded three minute mark) and with plenty of sunny doo-wop delay vocals. Yet if there’s to be life beyond one record, Best Coast will have to find something more substantial to go with their well-worked three-chord formula.

Indeed, Cosentino’s perpetually lovelorn persona is so one-dimensionally persistent it makes Bella look like Anna Karenina. As refreshing as it is to hear an indie-rock record fronted by a strong female voice, it’s equally frustrating to find that voice with little to say: the album’s strongest track, ‘When The Sun Don’t Shine’, adds the kind of fuzz and lilting riff needed to lift the music away from the vocals. Of course there’s still time for Cosentino to develop as a songwriter, as well as to remember that Fifties and Sixties girl-pop often had more to say than just ‘I need a boyfriend’ (whether addressing impotence or domestic abuse), often toying with a darker side (as any fan of Mulholland Drive can testify) that Cosentino chooses to gloss over. To paraphrase the title of one of her tracks she’s more “brat” than lovable mope. Her Best Coast is enjoyably light and breezy, but whether you want to share the vista with a brat is another matter.