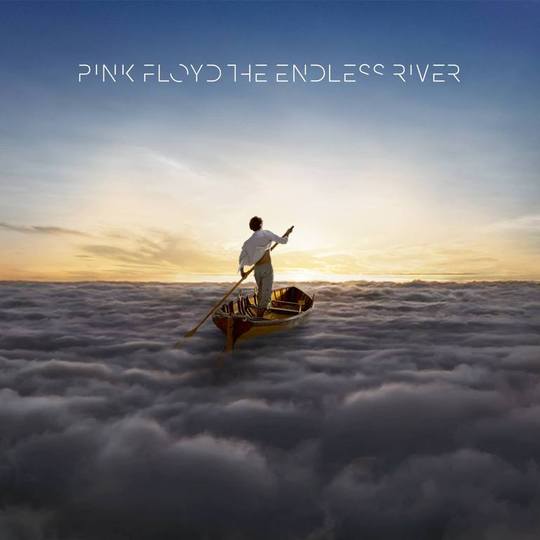 Hipsters have always known how to deal with their (guilty) enjoyment of Pink Floyd: carve their career into three stages (Barrett, Waters, Gilmour) and explain that you only ever rated their Madcap founder (without which no Blur at their baggiest), or the heavier live-sound just after Syd left (without which no Swans at their most cosmic), or the early ambient work (that paved the way for The Orb, Future Sound of London, et alia.). As a moody / sensitive / self-absorbed teen it’s easier to love all three Floyds, but such is the flak they draw as a colossal dinosaur act (hence the Low song of that name) it’s tempting to put on the 'I Hate Pink Floyd' T-shirt for a few years, until you pluck up the nerve to fire back that No, actually, all three stages were awesome… hence even arbiters of taste like (the older) John Lydon have gone on record conceding their admiration, or hinted at it (hence Low’s perfectly straight cover of 'Fearless', or Arcade Fire’s pilfering of 'Learning to Fly' for 'Supersymmetry').

Of all the comebacks after a long hiatus – in this case, 20 years – The Endless River may be the quietest, nicest way of setting the record straight; in this case, that there were FOUR enormously influential composers in the Floyd. Not three. Oh, and while we’re at it: that Brian Eno (a personal hero, FYI) may not have invented ambient. It may have been Rick Wright who got there first with his parts for 'Careful with that Axe, Eugene' and 'Interstellar Overdrive' (1967) or 'Echoes' (1971); he was just too polite to plant a flag in that particular green world.

In an age of caped and peacock-feathered keyboard players, Wright was unusually shy, retiring, and prone to depression. Pink Floyd have as often been feted for singing about madness as they’ve been disparaged for exploiting it, but a large part of their popular appeal (as Gilmour, in a recent hagiography, acknowledged) is that they expressed in music: “hanging on in quiet desperation is the English way”. Of all the lyrics on Dark Side…(which I’ve always found as excruciating as the sadistic teacher in the film of The Wall does) Wright’s was the only one that ever rang true. What The Endless River foregrounds is a romanticism that wends through all three eras of Pink Floyd, and in many ways redeems the excesses and frequent absurdities of each. Sure, there was whimsy to rival Ringo… and pomposity to out-camp Queen… and tantrums that would make Lennon settle down on the naughty step… but there was also a still, small voice of calm.

Not that this is a Wright solo album: there’s hardly a track (of the 18) that doesn’t feature a dialogue between Wright’s keyboards (sometimes delicate, sometimes overdriven) and Gilmour’s signature guitar sound; both musicians are capable of 'seagulling' but also roaring or enacting a glacier calving into the Arctic. Plus, for a mostly instrumental album it’s surprisingly eloquent (about the band’s history) in its use of musical echoes and in-jokes, managing to do so in a way that doesn’t feel like resting-on-laurels. Second track, 'It’s What We Do', echoes the first movement of 'Shine On You Crazy Diamond' to announce this as an elegy for Wright, just as the former hailed Barrrett; the thing is, it feels like one of the countless live versions that bootleggers prize for their freshness, and improvisation, rather than self-stealing. 'Allons-y' races along with the pace and grace of 'Run like Hell' or 'One of these Days'”, and if it’s quieter it’s not because Gilmour’s mellowed; it’s just more fitting with the levels on the album. 'Ebb and Flow' could be a minimalist (rather than anthemic) reprise of 'Us and Them' with the intimation that human dichotomies and divisions are insignificant by comparison with natural cycles and processes. The title says it all.

And that’s what makes Pink Floyd a romantic band, at heart; not a space-rock, or prog-rock, or arena-rock band. For all the evocations of the cosmos, the clash of nations, the emptiness of materialism – their lyrical preoccupations over the years – the music has been about exploring the push and pull between the beautiful and the sublime, and getting back to nature in the very English way of Keats, the Shelleys, and Byron. Even when Waters was at his angriest and most domineering, Animals and The Wall were never wholly cynical because there was a green world – literally sampled, as well as musically evoked – beyond the slaughterhouses those animals were heading for, and behind those deathcamps.

Inevitably, the final Floyd album has been a cultural event more commented on that actually listened to. To be honest, I began my own mental review in the summer, devised my own theories, and perused several competing interpretations, before hearing a note. One paper saw the album as a cunning way to stop Waters from having had the last word, while most others acknowledged the generosity of giving the last word to Wright. A few saw that as a very Gilmour-thing-to-do (he gave his house to charity, dontcha know…). Stripped of all lyrical conceits, internal power-grabs, and external mythography, though, the message seems to be that Pink Floyd were (are?) a band. They pioneered a kind of ambient music roughly in parallel with Eno’s process-driven works for non-musicians, and with Germany’s own flourishing of post-war romanticism, Krautrock – itself influenced by a similar need for renewal. If the album looks back more than it looks forward, well, its makers have earned the right to a reprise. But then again, it wouldn’t work so well if they hadn’t managed to evoke something timeless all along.