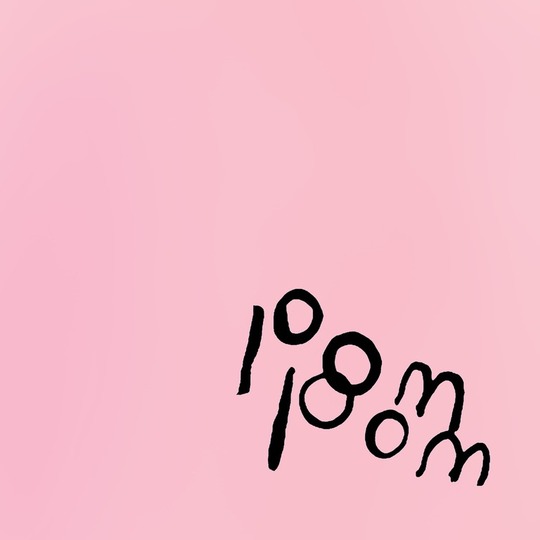 If Ariel Pink's self-defined 'retrolicious' musical ventures keep captivating fans and commentators for good reasons, his personal crusade against politically correctness during PR time sounds less -licious than retrograde. Some of us have long grown skeptical of (alleged) beta males who advocate 'alternative' forms of masculinity but end up perpetrating the same old tropes (a point already discussed elsewhere); who cross-dress for years acting all queer friendly, but then go on to 'praise' homophobic hate groups, just like that. If music should always come first, then this kind of self-professed trolling sounds counterproductive to say the least. Fortunately, with its 69 minutes of skewed perceptions and alternating moods, Pom Pom is strong enough to do the talking.

After 12 years spent personalising the art of pastiche, Pink assembled what could possibly be the best compendium of his story so far. It is organised chaos, as you would expect, but of the most enjoyable kind. His protean music style still draws on Sixties, Seventies and Eighties FM radio pop-rock as he remembers it, the crackling sound coming out of 'worn copies' and the work of the unconscious in re-imagining the pop cultural archive. Before Today (2010), his first 'big studio' album on 4AD, is the obvious reference point. On that record the radio-friendly perfection of pop songs from bygone eras was still being deprived of its slickness to tease and even alienate the casual listener, but for the first time the pervasiveness of old lo-fi tricks (tape hiss, reverb haze...) was tempered with a certain gloss (something Pink continued to do on Mature Themes). The combination worked well to foreground Pink's ability in arranging disparate ideas, his gift for melodies and hooks, alongside his eagerness to sabotage it all at every turn of phrase. Pom Pom pulls the same trick, but what makes it so representative is the fact that Pink is also happy to go back to his 'roots' from time to time. There are endless combinations of past sounds to be tried out yet, he seems to suggest, and this double album is the quintessential tour-de-farce to prove it.

There is so much variety in style and tone in here that it is impossible to imagine a particular 'way in'. You can try and put the deliberately kitsch to one side, be it the wobbly TV jingle 'Jell-O', the cacophonous surges of psychedelic nursery-rhyme 'Plastic Raincoats in The Big Parade', (both originally written with gonzo-pioneer Kim Fowley) or the 60s surf-pop getaway 'Nude Beach A G-Go'; alternatively, you can decide to indulge in the few odd moments of quietude and poise, such as the late-Sixties ditty 'Put Your Number In My Phone', the sunshine pop gone strangely melancholic of 'Dayzed Inn Daydreams' or the Eighties-infused downcast slow jam 'Picture Me Gone', a dead man's sentimental take on memory in the digital age. But being selective misses the point: all of these songs are 'manufactured' to get stuck in your head with their lingering choruses, manic riffs and erratic spasms.

Like all Pink's best work, it is haunting, hilarious and addictive altogether, sometimes in the space of the same song. 'White Freckles' is a perfect example of the album's intoxicating quality: in less than three minutes the song embarks on a series of abrupt detours and changes of pace, turning what could pass for a perfect, jangling new wave song into a riotous, inscrutable mess. At first listen, it's even hard to prioritise one verse over the other or grasp its structure, but as a whole it is impossibly catchy; 'Sexual Athletics' starts off with Pink's best Safe as Milk-Beefheart impression, only to descend into a weird doo-wop chorus accompanied by the inevitable lyrical ridiculousness ('Let's go to the emotional Olympics!'). When the muffled sound of a drum machine takes centre stage, the prank heads towards a surprisingly gentle resolution. Theatrics like this lurk in every corner. If the lyrics often flirt with intentional self-sabotage and faux cock rock posturing (see the intergenerational skit in the brilliant single 'Black Ballerina', which together with 'Not Enough Violence' shares the boxiest synth drums on the record), the craziest stuff on Pom Pom doesn't rely too much on words. The brazen hard rock extravaganza 'Goth Bomb' and the monumental 'Dinosaur Carebears' (a horror film, a Latin Mass, a cartoonish marching band and a long, breezy reggae section, all on same stage) make for the most challenging 'novelty' sequence on the record.

It is very easy to get lost in this record, but there is a miraculous balance that holds everything together. It feels as if Pink realised that we were starting to get his quirks for granted and he made everything in his power to repackage what made his aesthetic interesting (and divisive) for the past ten years. 'I’ve been the next big thing for, like, ten years now', Pink said recently in passing. With a record as exuberant as Pom Pom in our hands, old questions are likely to be raised again. What is new about this? Where is this leading us? Pom Pom will reassure those who lament the stagnation of music culture in their conviction that, no matter how sophisticated, irony and pastiche continue to make good selling points for rather unadventurous visions. In Pink's case, though, I'm not sure we would be asking the 'right' questions. He always seemed more interested in exhausting his own fixation with the past than in breaking new ground. That's probably why he's so good at being a music archaeologist and so crap at sending across forward-looking messages in interviews. Ariel Pink has been readjusting our expectations for novelty for a decade now: Pom Pom could be his long overdue manifesto.