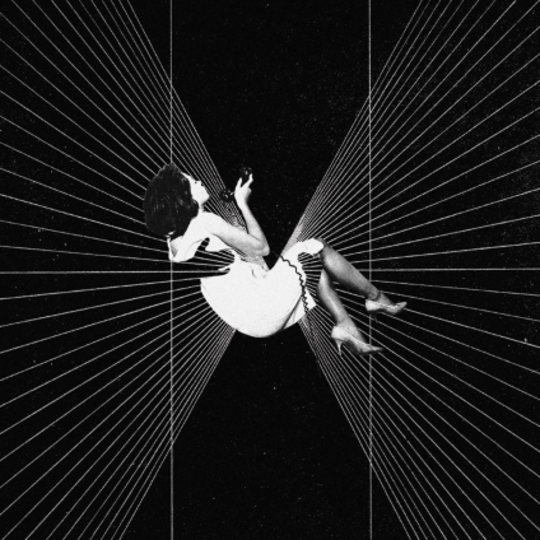 When you put together members or ex-members of Oceansize, Kong, Silent Front and Hawk Eyes you can pretty much guarantee you will end up with something pretty noisy… and probably kinda weird. So it is with USA Nails, a verifiable UK underground noise rock supergroup if ever there was one.

From the moment that the title track, and opener, stutters into life like The Fall being covered by a severely hungover Big Black, Sonic Moist is as dank as its name, an irreverently nefarious journey into twisted and deformed rock music with the darkest of hearts. Certainly, what USA Nails perhaps lack in originality they certainly make up for with intent. You can almost picture Steven Hodson stalking the stage from the sound of his deranged vocals, which are not dissimilar in approach to those utilised by his Kong band mate Jon-Lee Martin in that project. The guitars, predictably, are discordant, taking the blueprint of Fugazi to its logical, if not exactly pleasant, end destination. The rhythm section offers a slight dash of motorik here, a bulky globule of post-hardcore propulsive thrust there.

Fans of the various bands related to USA Nails will probably note quickly that this record would work well as an introduction to a large network of lesser known UK groups who have been doing horrible things to the twitching remains of punk for several years now. The likes of Bilge Pump, Nitkowski, Palehorse and Shield Your Eyes are all liberally quoted here. Whilst USA Nails’s members are obviously experienced practitioners, it really is worth emphasising that they have nailed (no pun intended) the scuzzy art form shared by each of these groups. Every song feels like it might fall apart at any given second – some of them do – and each riff sounds like it’s severely encroaching upon your personal space at a particularly inconvenient moment, perhaps when on the toilet or in casualty. Top marks on that front.

The latter quality makes the odd glimpse of melody on the likes of ‘Shite at the Palladium’ and ‘Oh Caroline’ (the latter sadly not being a cover of the classic 1972 Matching Mole ballad) all the more surprising. Of course USA Nails never come close to going soft, but occasionally they do at least threaten to sound normal, something that is oddly pleasing for a band that can also deliver the crushingly multi-paced one-two of ‘Sometimes I’d Rather See It All’ and ‘Am I a Man or Not?’ without breaking a sweat.

Those two tracks alone ought to be enough to dismiss any suggestions that Sonic Moist lacks heft, but the jury is out on whether USA Nails do enough to make this an essential purchase for anyone not already connected to the sprawling scene from which they were born. Thankfully, that’s good enough for these ears.