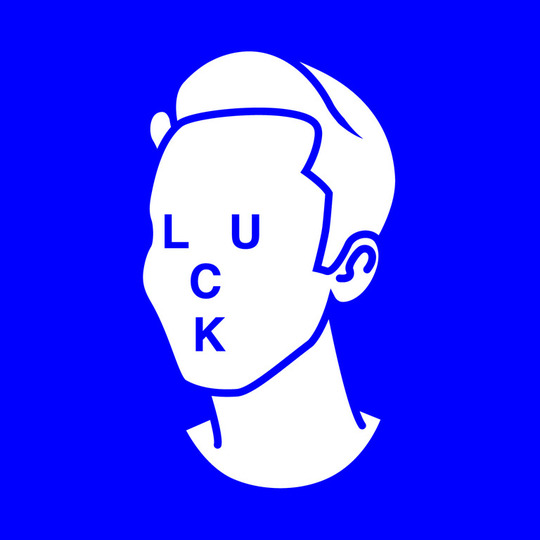 'Maybe it’s about being angry, or maybe it’s about presenting how silly it is to be this angry', pondered the genre-blending Londoner, Tom Vek, when interviewed by Dazed & Confused magazine about his upcoming album, Luck. “The context of your emotions is a theme.”

The context of Luck and its irate, iconoclastic dance-punk, is Vek's eviction from his Pallet Recording studio in Dalston, which took three years to assemble and customise before a song was even recorded, so that new flats could be built. This led to an enforced downsizing, and means that every aspect of this album was crafted by Vek alone, without a trace of collaboration or samples.

As a result, Luck simmers with solipsistic angst, amplified even from 2005's We Have Sound and 2011's Leisure Seizure, and no doubt bred from periods of prolonged hermitry. Even the album artwork frames each song name in a thought bubble, suggesting that they are concepts and meditations of a sort. Though rather than resolve to an apathetic existence - the route taken by his professed influence, Nineties emo - Vek has channelled these emotions into an album that sporadically bristles and intoxicates with thrilling rhythms and fierce yet monotonously-delivered lyrics.

'How Am I Meant To Know' is as a hypnotic, head-swirling primer to Luck that will do nothing to win over the critics of Vek’s divisive sung/spoken vocals. “This sacrifice isn’t enough/I need to justify everything I do” he proclaims - or strains, depending on your taste - layered over an insistent chiming guitar and his own support vocals, acting like an incantation of the song’s title. 'Sherman (Animals In The Jungle)' is where the album really begins, armed with Vek’s lysergic critique of today’s moral ambivalence: “Not the thinking type/You just wanna’ tick some boxes”. It was inspired by Tom Wolfeʼs novel, The Bonfire of the Vanities, which explores the social and racial tensions underlying Wall Street’s success in the Eighties. Though, perhaps most notably, the song delivers a gripping bassline - along with proverbial bells and whistles, bleeps and blips - transforming it into a bold, daring sequence. “Oh it’s so ha ha, ha ha ha ha”, he pointedly deadpans.

The ambiguous and shifting concept of luck is the fulcrum on which the album rests. In 'Broke', Vek introduces twitchy machine inflections to staccato Oriental sounds à la Gold Panda - the Chinese are known to value luck significantly - that gives way to a gliding chorus of peak satisfaction. Like the previous track, 'Pushing Your Luck', although studio-centric in its composition, it yearns for the dancefloor with its crisp, precise beat - expect remixes at higher BPMs.

So far, so stimulating, but then Vek becomes a little self-indulgent. 'Ton Of Bricks' has a hook that fails to reel you in, while 'Trying To Do Better' sees Vek’s usually blasé monotone voice attempt to become a sonorous siren, and it fails in spectacular, almost painful fashion. Luck never fully recovers from this; though there is some consolation. 'The Tongue Avoids the Teeth' is an excellent pared-down track, with a chattering beat, replete with harmonies seemingly from a troupe of zombie Veks and a classic 80s synth line. “The lungs stay clean breathing all the smoke ... the eyes stay closed looking at the sun” he intones, listing modern fallacies.

Tellingly, Vek encouraged listeners of this record to imagine 'somebody rolling their eyes the entire time'. He remains a master of monotone cynicism, but London's eclectic one-man band has made an album that is perilously top-heavy. It took him five years to make his second album, while only three to make Luck, and perhaps he could have done with more time. Although Vek usually plays to his strengths, this release sees those flaws exposed. That being said, the erstwhile Thomas Timothy Vernon-Kell - as his history as a graphic design student proves - has a strong sense of production, and despite his eschewal of lead guitar lines, Luck’s big-beat percussion is at times more accessible than any of his previous work.