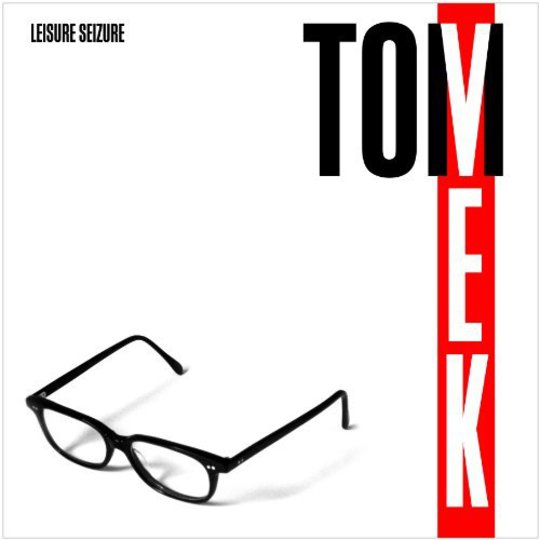 Like obituaries of world leaders, the reviews of Tom Vek’s second album might easily have been written before the event prompting their publication had even occurred. Because let’s face it, there’s already enough to say about the six years that have passed since We Have Sound was released to fill the fattest column of the most in-depth reviews page.

Initially, Leisure Seizure was always going to be about debunking the myth surrounding Vek’s disappearance from the music scene. For his fans, the lack of closure has been both baffling and frustrating – was he ever going to make another album, or had he ditched music altogether? And why did no one know the answer? Lurkers on this site’s message board won’t have missed the 'So… Is Tom Vek going to release an album this year?' threads that seemed to appear each January.

But more important than the legend is the musical legacy that Vek left behind. Whether you loved it, loathed it, or let it pass you by, looking back it’s hard to deny that We Have Sound (with a little help from Clor and The Rapture) laid a path for subsequent indie/dance crossover acts to follow towards mainstream success. Franz Ferdinand made indie guitar music commercially fashionable again, but Vek redefined it. He stole slap bass from the Red Hot Chili Peppers and gave it to the indie disco; he wrote garage rock around hip-hop beats; he sang ramshackle, tuneless ballads. And then he just disappeared.

Now though, he’s back, and from the start of Leisure Seizure, it’s clear he still sounds a lot like Tom Vek. ‘Hold Your Hand’ has that same stomping, stuttering snare, but each hit is tighter and crisper than ever before, showing at a minimum how much drum sampling technology has improved in the last six years. The beat segues into a chorus, but not the sort of anthemic indie chorus that enlivened disco dancefloors of the past. In fact it’s barely distinguishable from the rest of the track, save for a thumping synth which doesn’t offer much in the way of a hook. Overall, it gives the impression that Vek has used his time wisely to write music that is sharper, sleeker and subtler than ever before.

Those shuffling snare beats recur throughout Leisure Seizure, and define Vek’s sound in the same way they did on his debut. But while the drums remain the same, the bass parts have none of the pulsating twitchiness, and are relegated to acting as the gel holding together tracks like ‘We Do Nothing’, rather than as a bouncing melodic decoration. The post-punk riffs of We Have Sound, similarly, are largely absent – only ‘World Of Doubt’ is dominated by an odd polka guitar melody.

Leisure Seizure is far more synth-based than its predecessor. This seems to suggest a shift in focus away from rhythm, bass and beats towards broader musicality. The best example is ‘Seizemic’, which sounds like the soundtrack to an early Nintendo horror RPG, but only as a result of Vek’s new-found focus on carefully constructed harmony.

The increased reliance on synth often sounds like a nod to contemporary musical trends. The chorus of ‘A.P.O.L.O.G.Y.’ has drum ‘n’ bass influences, but with Vek’s lo-fi, DIY signature. ‘Someone Loves You’, which follows, has more of a house feel to it. Then there’s ‘Close Mic’ed’, which has ambient layers of pads and a soft shuddering bass. This pushes Vek’s slightly nasal vocals the forefront, but leaves you wondering: If it weren’t for that distinctive voice, what would separate the track from your default anonymous bedroom producer? It’s tracks like these that show the real difference between Leisure Seizure and We Have Sound. On Vek’s debut, it was often impossible to fathom where he’d taken inspiration from to create such distinctive music, but here he sounds a little less imaginative.

But that was always going to be the big question for Leisure Seizure, given Tom Vek’s previous success in pre-empting musical trends. Would his follow-up be as prescient and cutting edge? Or would the passage of time leave Tom Vek’s music sounding out of date?

The answer, inevitably, is somewhere in between. There are moments of brilliance: the sludgy bass and jerking shapeshifting beat of ‘A Chore’ was exactly the sort of comeback single you’d want from Tom Vek, while the chorus of ‘On A Plate’ is just as fantastic with its clattering ride cymbal, thick accordion samples and gorgeous piano chord changes. And by and large, fans of We Have Sound will find a lot to love about Leisure Seizure, as Vek mostly remains true to the style he patented in 2005.

Unfortunately, there are no generation-defining anthems, no radical new approach to songwriting, no active rejection of genre distinctions and a few too many years of new musical precedents leading up to Leisure Seizure for it to really be another game-changer.

Of course, expecting Tom Vek to achieve all of that again would be asking far too much. But you never know – he might pull it off on his third album…