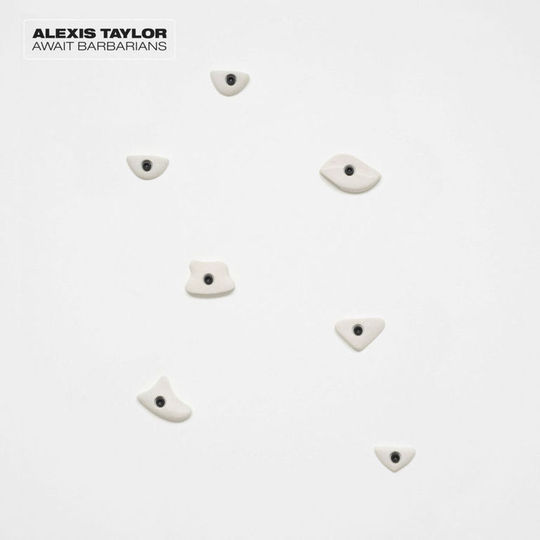 When Hot Chip aren't busy making alternative electronica together, they keep things fresh with a profusion of outside collaborations - like a sort of mild-mannered clubland Wu-Tang Clan. Indeed, if you go to their website you'll find a section labeled 'extracurricular' that catalogues the various side-projects which have sprung up in their wake; a list that's grown in recent years to include 2 Bears, New Build and About Group - as well as solo LP's from both Joe Goddard and Alexis Taylor. But while Goddard's effort (2009's Harvest Festival) took an amiable if somewhat expected diversion toward electro, his co-frontman's output has been more erratic and unquantifiable.

Rubbed Out, from 2008, offered up a slice of giddy, largely unpolished songs that traded Hot Chip's refinement for a distanced and dreamy folk sheen. And a follow-up EP, Nayim From The Halfway Line, collected together avant-garde sketches but - much like the titular footballer - arrived late in the game and missed more than it hit. Both releases were so far removed from each another and gave away so little about the man who made them that six years on from his debut, we still don't have a particularly clear picture of Taylor as a solo artist.

As Await Barbarians opens to the off-kilter arrangement of 'Lazy Bones' - its woozy piano pitching and shifting in tone - there's a brief concern that this might be yet another exercise in obfuscation; Taylor's eccentricities getting the better of him once again. But as the track slowly levels out and gives way to the undulating raw soul of 'From The Halfway Line', what emerges is a more intimate portrait than we're use to; unguarded reflections on companionship, love and death peppering the album in the form of his spare compositions.

It's something best exemplified on the album's centrepiece 'Without A Crutch (2)', a minimalist country-indebted ballad that drifts along with the ease of a gently flowing stream; the twang of guitars washing softly over piano chords, the gentle wheeze of a harmonica mimicking its infectiously simple sing-a-long hook. It tells the story of a relationship which, while not quite collapsed is in need of some serious scaffolding; "It's not as though our hearts are tough/Why do we rub ourselves so rough?" sings Taylor in a startlingly personal moment. It's a poignancy which is only solidified when the track returns in a stripped back form towards the end of the album. Its reprise adding further layers of brittle clarity to Taylor's lyrics; his fragile falsetto straining to breaking point as it draws the album to a close.

And it's this off-kilter introspection that fuels the bulk of the record, going from tracks like 'Closer To the Elderly', its arpeggiated synths - which skirt closest to the perimeter of Hot Chip's sound - quietly rippling and modulating as he sings "The older I get the younger I seem to be/The older I get the closer I feel to the elderly"; exploring the pains of ageing from a personal and idiosyncratic level. To 'Immune System' which forms a peculiar paean to vitamins and good schooling; "Immune system, don't let me down/And I will support you all year round" Taylor's warm vocal, laid over synth burbles and twinkling keys; middle-age concerns retold as a deadpan prayer to the vagaries of human health.

Single 'Elvis Has Left the Building' is an emotional ode to the departed, viewed through the curious lens of pop cultural icons; name-checking Whitney Houston, Jesus, Prince and - obviously - Elvis. A juxtaposition that jars on first listen, but ultimately imbues the song with an odd resonance, part personal, part distant; death and celebrity intertwined in a strange maudlin hope. And penultimate track, 'Am I Not A Soldier?' addresses the notions of legacy; "Who will be there after we're gone/I know I'm here now but others have marched on". On its subtly impassioned chorus, Taylor sounds like a man trying to write the opening line to his own epitaph - or perhaps justify his existence; "My name means defender, but I am not a soldier" his soulful falsetto cushioned by muted percussion; gentle rhythms tapped out like a semaphore; a minimalist meditation on the mundane fragility of the universe.

Await Barbarians won't be for everyone and if you're expecting anything approaching Hot Chip then keep on walking. But if you were intrigued by Taylor's early solo efforts and have been hankering for him to produce something more cohesive, then this is a beguiling and downbeat gem. The witty and intelligent intimacy of his lyrics and his finely restrained vocals growing richer with each repeated listen.