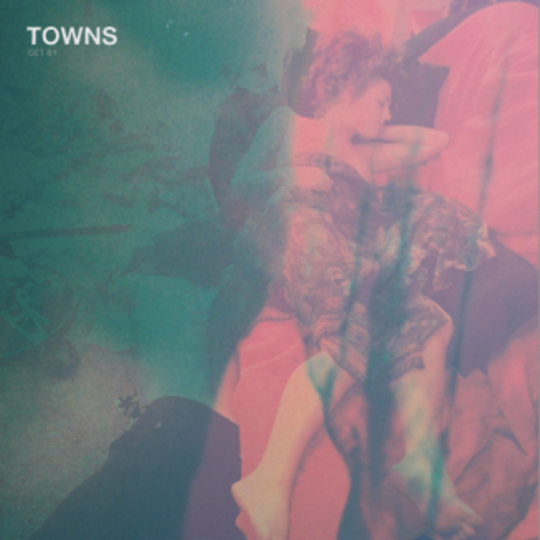 Reviews of the first wave of shoegaze were pretty negative, or at least they were by the time of the scene's zenith; critics were dismissive of the floppy-fringed, woe-is-me attitude of 'the scene that celebrated itself’, and when Nirvana and co. arrived, followed in turn by Britpop, shoegaze was swiftly forgotten. Even its early exponents weren’t interested anymore: with Blur, Ride, Verve (before they attached the ‘The’ prefix) etc all jumping ship for the Britpop party bus. Shoegaze by this point was firmly out of vogue, despite various works by the likes of Loop and My Bloody Valentine being amongst the best of the previous decade.

However, as practically every musical genre and era becomes romanticised by those who weren’t around to witness it, shoegaze and Britpop, as well as curious amalgamations of the two, are popular influences for contemporary indie bands, and few have taken this to such an extreme as Towns. Their debut full-length, Get By - released by perennial nod-of-approval-inducers Howling Owl Records - by no means sounds original but it’s one hell of a skilful forgery.

Referencing Leisure-era Blur, Elastica, The Charlatans, Lush and just about every other British indie band post-Strangeways, Here We Come and pre-Be Here Now, Get Bysounds exciting, not dull; edgy, not mainstream. Full of a unyielding, shining optimism, the record runs more or less full pelt through to its last track; with sporadic respite provided only as a device to unleash the next guitar solo or chorus. Behind almost every moment, every bar, lurks the influence of Kevin Shields- a case of obsessive-compulsive-droning-disorder which borders upon chronic.

‘Everyone’s Out’ gets things going with befitting swagger, combining the breathy vocals with backing which don’t so much announce the band's arrival as deliver it via waterboard. Its mid-section is about six minutes long and is basically the band fucking around on their guitars with all the gusto of a group of people who realise that they no longer have to pay the studio costs. What an entrance. Elsewhere, ‘Marbles’ has a Reni-style drumbeat and soaring Dandy Warhols chorus; it even has the backing "ooooh hoo"s and everything. Again, nothing new here; but the tracks really are brilliantly executed. In terms of negatives, the record slips up somewhat at the very end with the title track, with the slower, more reflective ‘Get By’ seeming out of context with the rest of its namesake record's energy, whilst the track’s screeching guitar solo feels similarly gratuitous. These are minor quibbles, however.

As a probable result of budget constraints, this record does not enjoy the levels of production that made its forbears so immersive, nor is it particularly original or groundbreaking. Few records are. Get By is the joyous, infectious sound of a band arriving; we’ll have to wait and see in which subsequent direction they go.