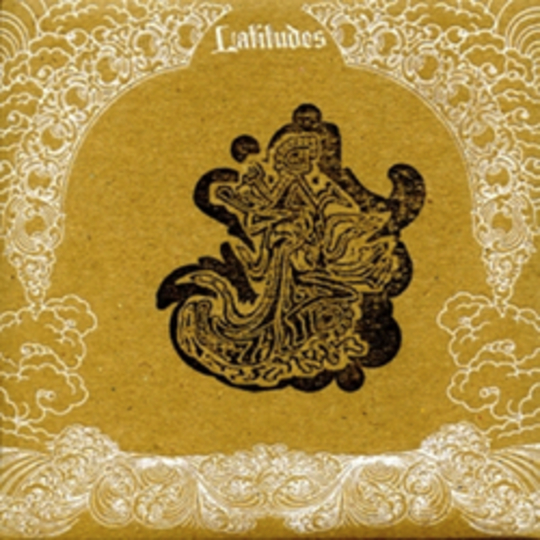 For a while back there, around the time when the Brooklyn circles that contained Gang Gang Dance, Black Dice and Animal Collective were beginning to ripple the surface of wider indie consciousness, there was a short-lived tendency in the press to throw around buzz-phrases like ‘neo-tribalism’ and ‘neo-primitivism’. Even aside from their vague connotations, for the most part they couldn’t have been more wrong: Gang Gang’s joyful kitchen sink approach to percussion and love for improvised drum circle jams was anything but a dig-your-heels-in response to modern technology. Rather, it was a synthesis of ideas, taking the age-old function of music as celebration, as community, as ritual, and melding it with the splutter and chirp of malfunctioning machinery and a childlike sense of wonder at the base properties of sound and light. That’s where those who derided them as opportunistic hipster trash, as pilfering global sounds for their own self-important ends, were wrong: there was never an agenda behind Gang Gang’s music. Their musical trajectory so far paints a different picture, of a group constantly searching for new creative outlets, to see how far they can push the template before it snaps.

And after they ‘went pop’ with 2008’s Saint Dymphna (easily the finest album of that year; nothing else came close to its inspired vision, veering wildly between total freedom and rigid structure), it was almost too easy to forget just how flighty they were capable of being. Retina Riddim and Hillulah were continuations of their past in free improvisation, and their career high so far, the near-perfect God’s Money, was an audio collage assembled painstakingly from broken pieces of pop, dance and fractal noise. The Rawwar EP’s ‘The Earthquake That Frees Prisoners’, meanwhile, was conclusive proof that the cut-up approach could yield results every bit as emotionally engaging as regular songwriting. It’s an unexpectedly harrowing elegy for deceased former member Nathan Maddox, who died after being struck by lightning – here, his sampled musings intermingle with rising static interference over 11 too-short minutes.

As ever then, this summer’s limited EP Kamakura finds them in characteristically choppy mode, expanding their Middle Eastern fascination both in sound and presentation (in a gloriously impractical bit of packaging, since you asked). And unsurprisingly for such a consistent band, it’s as essential as anything they’ve ever released, though its single 15-minute collage may prove daunting for those accustomed to their relatively straightforward album mode. Instead its one track, ‘Amorphous History (Closing Seen)’ is a consolidation of sorts, drawing together the threads of their previous phases into a typically bracing whole. It’s hardly seamless, but then that’s never been the point with Gang Gang: the pinched joints between individual musical passages are almost intentionally emphasised. The opening segment’s snake-charming riddims suddenly descend into a stuttering dub, itself suffering a drawn-out tempo increase before Tinchy Stryder’s distinctive patter leers into view. Its final five minutes, where Lizzi Bougatsos’ smoky croon floats buoyant over frazzled Morricone guitars, are its most affecting, reminiscent of Saint Dymphna’s most thoughtful moments but also pointing towards potential futures and further synthesis.

Beyond simply an impressively realised piece of music (a feat in itself), what Kamakura offers is further proof of Gang Gang Dance’s unique ability to chew up and spit out their influences in barely recognisable shapes. One of the first US groups to appreciate the sonic boundaries pushed by early grime and dubstep, they further mangled its wracked framework into something quite different. Tinchy Stryder’s nasal self-aggrandisement in Gang Gang’s context couldn’t be further from his current starstruck direction, and acts as a reminder of how unlikely a pop star he might have seemed a few years ago. Similarly, Kamakura is a reminder that behind the openness of Saint Dymphna still lies a willfully experimental collective, and that in the right context these sprawling expanses can still be harnessed to make pop music.