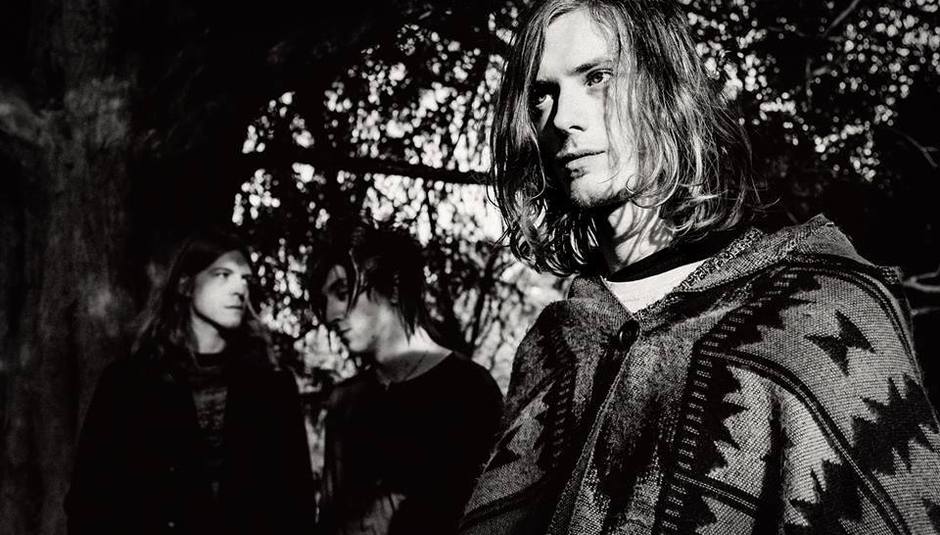 This weekend, Dot To Dot festival celebrates its tenth anniversary. Having started in Nottingham during the summer of 2005 when The Rakes and Ladytron headlined, it's since gone on to become an integral part of the festival calendar. Nowadays spread across three cities - Bristol (Saturday 23rd), Manchester (Friday 22nd) and Nottingham (Sunday 24th) - the festival has grown into a suburban equivalent of The Great Escape. Traditionally staged over the second Bank Holiday weekend in May, this year's event will see over 150 artists perform in 47 participating venues across the three cities.

DiS will be in attendance at the Nottingham event, and here's ten acts we're looking forward to seeing.

This grunge psych three-piece have been making waves around Nottingham for a few months now. Debut EP Pantophobia came out last month, encapsulating everything that makes them such a breathtaking live experience. Get there early and see what all the fuss is about.

The brainchild of Nottingham based singer, songwriter and musician Leah Sinead. This four-piece have been exciting the city's gig goers with their exhilarating brand of richly textured musings in the vein of PJ Harvey and Mark Kozelek, who she once duetted with. Debut single 'Change' came out in February, and stands proud as one of this year's finest.

Having rocked The Great Escape not once but twice last weekend, this duo are here to tear up Bristol, Manchester and Nottingham with their pulsating brand of electro pop.

Once seen and never forgotten. These South Londoners need no introduction. Gone are the gimmicks along with a couple of band members from those raucous early days. Expect to hear some new material as well as several choice cuts from 2013's debut Champagne Holocaust.

Although only together less than a year and with just one live show under their belt to date, it's fair to say this three-piece have emerged as one of Nottingham's most exciting prospects in years. Comparisons to Wild Beasts, GY!BS and Her Name Is Calla might seem lofty at such an embryonic stage. However, none are wide of the mark either. Unmissable.

Yet another band who've emerged from Nottingham's burgeoning underground scene. Fusing pop hooks with a grunge underbelly, debut album Urth is out on legendary punk imprint Earache in August and is sure to be one of 2015's most incendiary.

Also hailing from Nottingham, this four-piece combine the experimental urges of Radiohead with the direct alt-rock sensibilities of Marion or The Boxer Rebellion. New double a-side single 'Blomst'/'Hibernate' came out earlier this month and is another shining example of why this band is held in such high regard.

Having spent the past year writing the follow-up to 2013's Where The Heaven Are We, the Birmingham outfit returned in February with 'To My Brother', the first cut from their as-yet untitled second album. Embracing a more dance orientated direction than before - think MGMT covering {Primal Scream's Screamadelica - their set promises to be among the most eagerly anticipated of the weekend.

LA's Best Coast have been peddling their take on dreamy, C86 laced folk pop for the past six years. Third album California Nights came out earlier this month and represents a more mature, introspective direction.

Another of 2015's bright new hopes ((c) the music industry), this Brighton four-piece live up the hype and some. Their grunge-laced blues rock is a joy to behold, while in lead singer Izzy Bee they possess one of the most captivating frontwomen on the circuit.

DiS at The Billboard Awards 2015 in Las Vegas