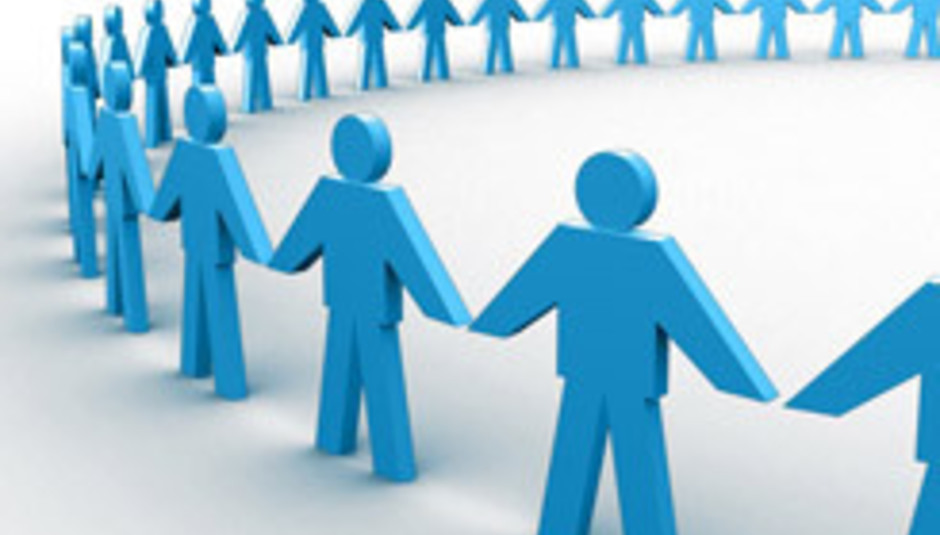 To create a community is a noble feat, an unselfish sharing of culture and ideas. It’s the basis for this here website and it’s the foundation for a healthy resurgence of hot dang, top popping North American indie rock bands currently falling from our alt-skies.

Be it the Canadian lupine star scene or Omaha’s folk casio crooners, the sound is being brought together by a combination of sensitive souls coming together to create trouble.

After spending the summer months driving across the USA’s vast landscape, from desert hills to snow covered mountains and swamp based party towns, it was clear to me that there was much musical promise in even the most macabre of digs. Record stores in sleepy towns were packed full of kids being excited by unknown EPs and hand-stamped 7" splits from bands that lived within their own state boundaries. And the big city lights are no different, scoring bohemian crowds eager to spot their own next solo superstar or local Decemberists-esque artistry.

But we knew that, right?
The internet’s taught us how to discover far-flung noises that would have never been accessible before. It’s allowed indie rock communities across the US to flourish much more easily than even during the heyday of labels such as SST, Touch & Go and Dischord. Michael Azzerad, crown prince documentarian of such indie goodness, would be proud.

The northwest, in particular, continues to stagger with the quantity and quality, as well as the burgeoning popularity, of its slightly-left-of-centre, umbrella holding alt.noise acts. While bands such as Death Cab For Cutie, from Washington State, go from being lo-fi loving Fierce Panda darlings to major TV-exposed Atlantic recording artists, the scene around them continues to operate with a smile.

Barsuk Records, set up by Josh Rosenfeld and Chris Possanza to release This Busy Monster records, is using the high profile of its latest glories (and current vinyl-only artists) to fund and promote many more exciting bands that will help keep its own community kicking. For instance, Rocky Votolato, Blood Brother sibling and former frontman with Seattle soul punks Waxwing, is releasing his acoustic battering Makers album through the label in January, having recently been ‘borrowed’[ (read: licensed) from Kansas City label types Second Nature Recordings.

Another northwestern act that has discovered the benefit of an aspiring community is Math And Physics Club, purveyors of Morissey-meets-Vaselines lo-fi-esque gold.

Charles Bert, singer of Math And Physics Club, says: “I think community is a really important part of being in an indie band, especially for those of us on small labels and even smaller budgets. Competition between bands is pretty silly. I've never understood that, and luckily, at least where we're from, we don't see much of it. I want people to hear other new bands just as much as I want them to hear mine.”

A chance meeting with Olympia folk-stress and Elliot Smith/Brendan Canty collaborator Lois Maffeo was a defining moment for the band, who released their last record, the Weekends Away EP, through Matinee Recordings.

”I remember having a conversation with Lois Maffeo, and she didn't know me from anyone, but she sat down with me and gave me all this great advice and seemed genuinely happy to share. It was very energising, and that really stuck with me,” adds Bert.

But it's not all rainy state west coast action. Some 2,500 miles away in country country, De Novo Dahl are exciting Nashvillians with their brand of flash rocking Flaming Lips-esque angular goodness. The pop chompers, which expect to make it over to the UK in 2006, treat each show as an event; for instance, hiring a paddling pool for punters or, as at this year’s CMJ, dressing identically in hot pink and orange summer robber costumes.

Joel J Dahl, singer and guitarist, says: “We like to have newer bands, who have not had much exposure, play shows with us. In Nashville, the scene is really coming together right now. There are so many great bands and they don’t seem to be as competitive with each other as they used to be.”

He adds that in addition to Tennessee acts that have already garnered some attention such as Be Your Own Pet and The Features, there are dozens of aspiring names to note, such as Forget Cassettes, The Carter Administration, Velcro Stars and How I Became The Bomb.

”Sometimes in a music town, things can get very clinical, and everyone is a critic, so you have to make people forget about all the bullshit and remember that rock shows are for having fun and letting loose. If that is achieved, then the scene becomes more fun for everyone,” adds Dahl.

Being so scene, it seems, is currently a healthy and viable rock option.